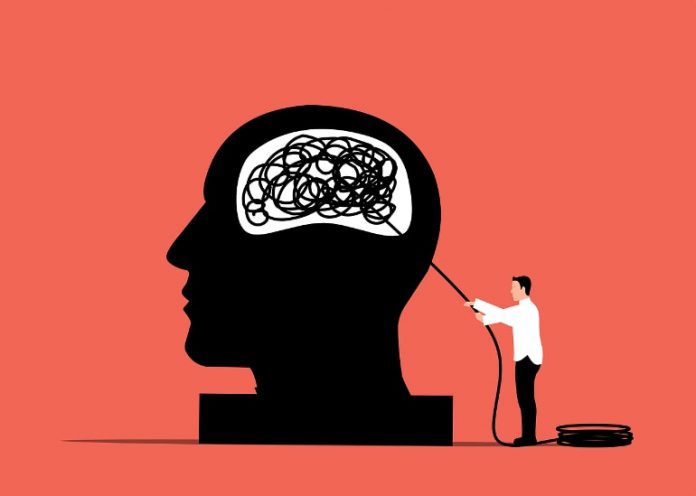 Major depressive disorder is the most common mental illness: According to the World Health Organization, some 280 million people have the disorder and it’s the 12th leading cause of disability globally.

As with most drugs, antidepressants were developed through trial and observation, and it largely remains a mystery why they work for some people and not others. Around 40% of patients with the disorder don’t respond adequately to the drugs, and when they do work, antidepressants take several weeks to provide relief.

To understand the delayed mechanism of these drugs, the team examined a mouse model of chronic stress that leads to changes in behaviors controlled by the hippocampus, a brain structure situated deep in the temporal lobe. The hippocampus is vulnerable to stress and atrophies in people with major depression or schizophrenia. Mice exposed to chronic stress experience cognitive deficits, a hallmark of impaired hippocampal function.

“Cognitive impairment is a key feature of major depressive disorder, and patients often report that difficulties at school and work are some of the most challenging parts of living with depression. Our ability to model cognitive impairment in lab mice gives us the chance to try and understand how to treat these kinds of symptoms,” said Dane Chetkovich, MD, Ph.D., Margaret and John Warner Professor and chair of the Department of Neurology, who led the study, with key contributions from team members Ye Han, Ph.D., research associate professor of Neurology, and Kyle Lyman, MD, Ph.D., previously a research fellow in Chetkovich’s lab and now a neurology resident at Stanford Hospital in Palo Alto, California.

The study focused on an ion transporter channel, or pore, in nerve cell membranes called the HCN channel. HCN channels were previously known to have a role in depression and separately to have a role in regulating cognition. According to the authors, this was the first study to explicitly link the two observations.

Examining postmortem hippocampal samples, the team established that HCN channels are more highly expressed in people with depression. HCN channel activity is modulated by a small signaling molecule called cAMP; with antidepressants known to increase cAMP signaling, the team used protein receptor engineering (chemogenetics) to increase cAMP signaling in mice and establish in detail the effects this has on hippocampal HCN channel activity and, via that connection, on cognition.

Their results show that turning up cAMP initially increases HCN channel activity, limits the intended effects of antidepressants and imposes deleterious effects on cognition (as measured in standard lab tests).

However, over a period of weeks there’s a total reversal. Previous work by Chetkovich and colleagues had established that an auxiliary subunit of the HCN channel, TRIP8b, is essential for the channel’s role in regulating animal behavior. The new study shows that, over weeks, a sustained increase in cAMP starts to interfere with TRIP8b’s ability to bind to the HCN channel, thereby quieting the channel and restoring cognitive abilities.

“This leaves us with acute and chronic changes in cAMP, of the sort seen in antidepressant drug therapy, seen here for the first time to be regulating the HCN channel in the hippocampus in two distinct ways, with opposing effects on behavior,” Chetkovich said.

“This appears to carry promising implications for new drug development, and targeting TRIP8b’s role in the hippocampus more directly could help to more quickly address cognitive deficits related to chronic stress and depression.”

However, the relationship between cAMP signaling and the influence of HCN channels on behavior remains opaque. In this study, we investigated the role of hippocampal cAMP signaling on behavior using chemogenetic technology in mice. Acutely increasing cAMP limited spatial memory and motivated behavior by increasing HCN function.

These results reveal a behaviorally relevant form of regulation of HCN channel surface expression that has potential as a therapeutic target for cognitive deficits related to chronic stress.

Identifying the structure and function of a brain hub

On Being Forced Out in the Clinical Psychology Field