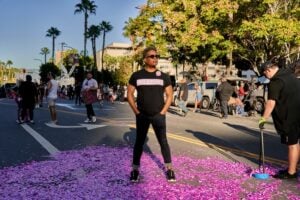 From The Washington Post: “It would be easy, given its brief but memorable bursts into the spotlight over the past few years, to mistake the #FreeBritney movement for simply a collection of vocal, die-hard Spears fans who supported her as she fought for her freedom in court. But a formidable contingent say they have experienced guardianship or conservatorship abuse in their own lives. Now that Rio and others like him are newly organized and inspired, the aftershocks of #FreeBritney could continue to rattle the American legal system long after Spears’s victory.

. . . For Libra Max, 54, the media attention the Spears family saga has generated has been a godsend. The #FreeBritney movement was small at first, and ‘no one really took them seriously. But I’m actually in awe of them,’ Max said. ‘They opened the door for stories like my father’s to be heard.’

. . . In her 30 years in the legal system, [lawyer Lisa] MacCarley said, she has seen a lack of oversight in the probate court system lead to violation of individuals’ rights and families being financially drained while lawyers profit. ‘So, in my point of view, the #FreeBritney movement has been, like, literally the miracle that finally brought the whole problem, the systemic issues with our guardianship and conservatorship courts, to light.’”

The Everyday Performance of Appearing Well – My Brain Lesion and Me

21 unusual headache syndromes and their demystifying checklists – The Neurology Lounge