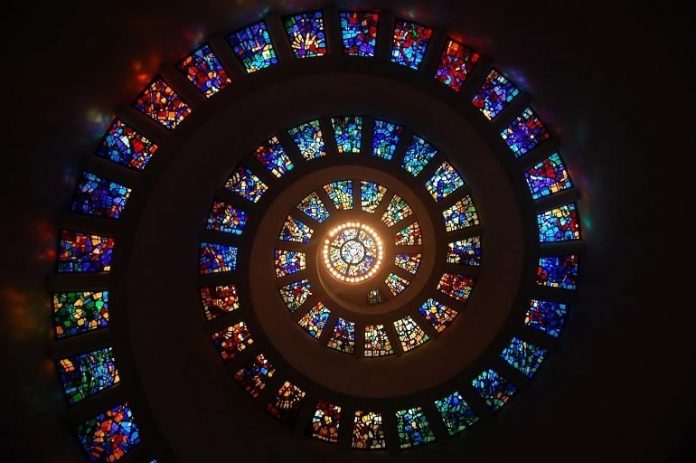 Summary: Researchers report that extreme behaviors exhibited by “true believers” of a religion or belief system are driven by the degree to which their identity fuses with a cause or belief. The findings could help in the fight against radicalization.

‘True believers’ who exhibit extreme behavior are driven by the degree to which their identity is fused with a cause or belief, finds a new study. The results suggest that an effective strategy for deradicalization could be to bring true believers to believe in new avenues of thought rather than to force them to renounce their ideas.

A new study published in Frontiers in Psychology has brought us closer to understanding what drives true believers to exhibit extreme behavior. The findings show that learning more about how and why an individual’s identity can fuse with a cause may help in the fight against radicalization.

A true believer strictly adheres to a particular belief, such as a religion or a moral stance. They might dedicate their lives to a beneficial cause, such as fighting for human or animal rights. But they can also exhibit extreme negative behavior, such as committing terrorist acts.

“Research has shown that considering a value to be sacred and therefore not open to negotiation predicts extreme behavior for that value. For example, if your stance on abortion is non-negotiable then you would be more willing to fight and die for that cause,” explained graduate student Francois Alexi Martel, of the University of Texas at Austin.

“Likewise, holding your stance on an issue to be a moral conviction, or something that you view as universally moral, predicts extreme behavior in defense of that issue. Finally, if your identity is “fused with” a cause, you are more willing to fight and die for that cause.”

Would you fight and die for your cause?

Using these constructs, the researchers conducted six studies to see which variable, alone or combined, is most predictive of sacrifice for a cause. They measured all three constructs with respect to two causes, namely gun rights and abortion rights. The outcome measure was endorsement of fighting and dying for the cause. The studies were conducted with participants from the US and Spain.

They found that all three constructs were correlated with endorsement of fighting and dying for a cause, but not to the same degree. Sacred values were the least strong predictor, followed by moral convictions. Identity fusion was the most powerful predictor.

“Having your identity fused with a cause was a better predictor of willingness to self-sacrifice for that cause than either the sacredness of values associated with the cause or whether the cause represented a moral conviction. This pattern emerged whether we assessed people’s fusion with their position on the gun rights cause (pro-gun or anti-gun) or the abortion issue (pro-life or pro-choice),” said Martel.

The road to deradicalization

Still, the findings show clues to help in deradicalization of extremists. “This research could be used to develop strategies designed to identify potential terrorists, violent political extremists, or other potential radicals who are poised to engage in violence that could cost lives,” explained Martel.

The road to deradicalization is not a simple one. For individuals who are fused with their cause, deradicalization means to renounce a part of their personal self. But the authors propose a strategy that could be effective:

“Based on our research, we believe that shifting radicals from fusion with an extremist cause to a benevolent cause may transform them from a force of evil to a force of good.”

Recent research has identified three promising candidates for predicting extreme behavior: sacred values, moral convictions, and identity fusion. Each construct is thought to motivate extreme behavior in unique ways: Sacred values trigger extreme actions when people are asked to compromise cause-related values for personal gain; moral convictions trigger extreme actions when a cause is aligned with one’s moral compass; and identity fusion triggers extreme actions when a cause is inextricably associated (“fused”) with the personal self. In six studies, we asked which of the three constructs (either alone or in combination) was most predictive of sacrifice for a cause. We measured all three constructs with respect to either of two causes: gun rights (Studies 1–3) or abortion rights (4–6).

The outcome measure was endorsement of fighting and dying for the cause. Although all three constructs were significant predictors of the outcome measure when considered separately, identity fusion consistently emerged as the strongest predictor of endorsement of self-sacrifice when all three were considered simultaneously. This pattern occurred regardless of the target cause (gun or abortion rights), the participant’s position on the cause (i.e., pro-gun or anti-gun, pro-choice, or pro-life), or nationality (American vs. Spanish).

Also, there was no evidence that the predictors interacted to predict the outcome measure. Finally, a manipulation that threatened the validity of the personal self strengthened the relationship between endorsement of self-sacrifice and both (a) identity fusion and (b) moral convictions.

The latter finding suggests that threats to the validity of one’s self-views may amplify the extreme behaviors of true believers.

Research Delves Into Link Between Test Anxiety and Poor Sleep