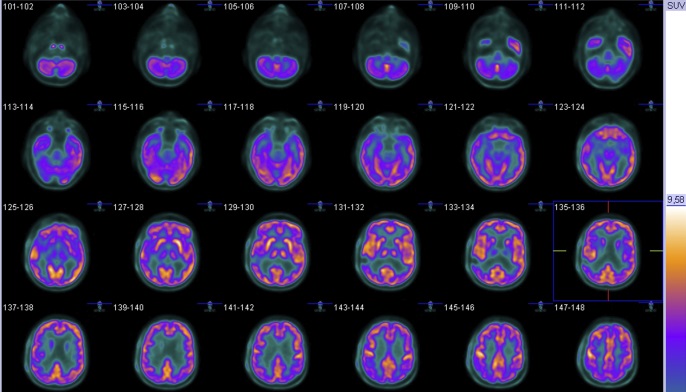 Treatment with antiseizure drug levetiracetam was well-tolerated and associated with improvements in spatial memory and executive function tasks in patients with Alzheimer disease (AD) and epileptiform activity, according to findings from a phase 2a placebo-controlled randomized trial published in JAMA Neurology.

Patients with AD and seizures or subclinical epileptiform activity tend to experience a faster decline in cognitive function. It’s not clear whether epileptiform activity is associated with cognitive worsening, but previous research has suggested that the use of antiseizure medications could be beneficial for this patient population. At low doses, levetiracetam has been found to be well-tolerated and successful at seizure reduction in patients with AD with seizure disorders.

The objective of the current study was to assess whether a low-dose treatment of levetiracetam can lead to a favorable response among patients with AD those with AD with epileptiform activity.

All patients in the study were required to present with a Mini-Mental State Examination score of  ≥18 points and/or a Clinical Dementia Rating score of <2 points. At screening, researchers performed overnight video electroencephalography as well as a 1-hour resting magnetoencephalography examination.

Patients randomized to group A (n=17) received placebo twice daily for a total of 4 weeks followed by a subsequent 4-week washout period and then 125 mg levetiracetam twice daily for 4 weeks. In group B (n=17), patients received the same treatment but in a reverse sequence.

In the subgroup of patients with epileptiform activity, treatment with levetiracetam was associated with improved performance on the Stroop interference naming subscale (net improvement vs placebo, 7.4 points; 95% CI, 0.2-14.7 points; P =.046) as well as the virtual route learning test (t = 2.36; Cohen f2 = 0.11; P =.02). No treatment discontinuations due to adverse events were reported in the overall cohort.

Study limitations included its small sample size as well as the “lack of correction for multiple comparisons in the exploratory analysis,” which may have led to the generation of false-positive results as well as possible subgroup confounders, the researchers noted.