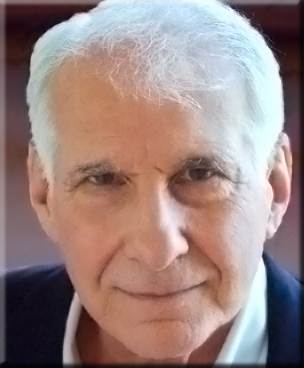 One of the main techniques for breaking morale through a “strategy of terror” consists in exactly this tactic—keep the person hazy as to where he stands and just what he may expect. If in addition frequent vacillations between severe disciplinary measures and promises of good treatment, together with the spreading of contradictory news, make the ”cognitive structure” of the situation utterly unclear, then the individual may cease to know even whether a particular plan would lead toward or away from his goal. Under these conditions, even those individuals who have definite goals and are ready to take risks will be paralyzed by severe inner conflicts in regard to what to do.[i]

For over 18 months we have been stripped of our rights, locked up, banished from church and synagogue, masked, tested, tracked, traced, kept from work, ordered to close our businesses, denied recreation, not allowed our friendships, ordered to get vaccines, censored in our public communications, and prevented from visiting our parents and grandparents.  The description of the strategy of terror, above, is a blueprint for what has been done to America and the rest of the Western World.  This “strategy of terror” was described in 1942 by Kurt Lewin PhD, a social psychologist who later became director of the Research Center for Group Dynamics at the Massachusetts Institute of Technology (MIT) until he died in 1947.

Consider that more than 75 years ago a psychologist described how to demolish morale in a population and how to destroy society.

Lewin did not stop with describing a general blueprint on how to control a society through disruption, disarray and contradictory statements.  His paper was a discussion of time, human perception of time and how “long-drawn-out-idleness affects all parts of a person’s life.”  He stated:

Studies in unemployment show how a long-drawn-out-idleness affects all parts of a person’s life. Thrown out of a job, the individual tries to keep hoping. When he finally gives up, he frequently restricts his action much more than he has to. Even though he has plenty of time, he begins to neglect his home duties. He may cease to leave the immediate neighborhood; even his thinking and his wishes become narrow. This atmosphere spreads to the children, and they, too, become narrowminded even in their ambitions and dreams. In other words, the individual and the family as a whole present a complete picture of low morale. An analysis of this behavior shows the importance of that psychological factor which commonly is called ‘hope.” Only when the person gives up hope does he stop “actively reaching out”; he loses his energy, he ceases planning, and, finally, he even stops wishing for a better future. Only then does he shrink to a primitive and passive life.

What a perfect and perfectly tragic description of the psychological control operation that has been imposed upon the world by the World Health Organization, other extra-national organizations, as well as federal, state and local governments.  And many citizens in our societies have lost hope. They have been demoralized.  They have been frozen by the fear campaign, “followed orders,” isolated, and buried themselves into binge-watching Netflix while attempting to teach their children at home.  Lives have shrunk to the four walls containing them.

For those without family being isolated has been even worse. Time has passed without much notice, other than the seasons shifting outside our windows and the children growing a bit. We’ve forgotten what it feels like to walk freely outside breathing deeply as we feel the sunshine on our faces. Too often we’ve forgotten how to laugh out loud.

In our book: COVID-19 and the Global Predators: We are the Prey, Dr. Peter Breggin and I identify and examine many of the forces and interests intent on the upheaval of Western Civilization and the democracies governing the countries of the United States, United Kingdom, Australia, New Zealand, European nations, and Canada. We thoroughly document the destruction that has been done to these nations and the massive curtailment of liberties and freedoms that have, prior to this pandemic event, been considered the birthright of citizens in America and other democracies around the world.

We also identify and document the predators who are the self-admitted driving forces in destroying these countries.  The predators we identify include Communist China and a loose collection of billionaires and business interests.  These are the public faces of this Great Reset revolution. These are the entities and individuals who have brazenly stated that Western Civilization has to go in order to accomplish the “Great Reset” which could be otherwise described as the take over of the world by power-hungry megalomaniacs.

Where are they now?

Kurt Lewin, who studied the psychology of individuals and groups, and how they could be strengthened or demoralized, described his formula for terror in 1942 on the cusp of WWII.  Pearl Harbor had just been bombed when his paper was published as part of a compendium titled Civilian Morale.

We know that the United States and other Western nations were intent on maintaining citizen cohesion and morale during the war through various methods both overt and covert.  Propaganda was also used against enemy populations.

Later, in the 1970s, we learned that the shadow agencies including the Central Intelligence Agency were involved in extensive experiments in mind control of individuals and groups through Project MK-Ultra and other secret, illegal programs.

But where have these agencies gone?  What have they been doing and what are their intentions?  It has been 50 and more years since the exposure of these deeply illegal and immoral experiments in the 70’s.

Sometimes one can begin to identify a subject by its lack of appearance, its very public absence in a crisis.  Where are the security agencies?  Where are the intelligence departments.  Missing in action?  Or part of the assault on us?  There are reasons these agencies are taking such a low profile. We we need to seek them out.

Ginger Ross Breggin is the coauthor of COVID-19 and the Global Predators: We are the Prey with her husband Peter R. Breggin MD.

65+ and Lonely? Don’t Talk to Your Doctor About Another Prescription

Why Do Psychiatric Drugs Help Some, but Not Others?