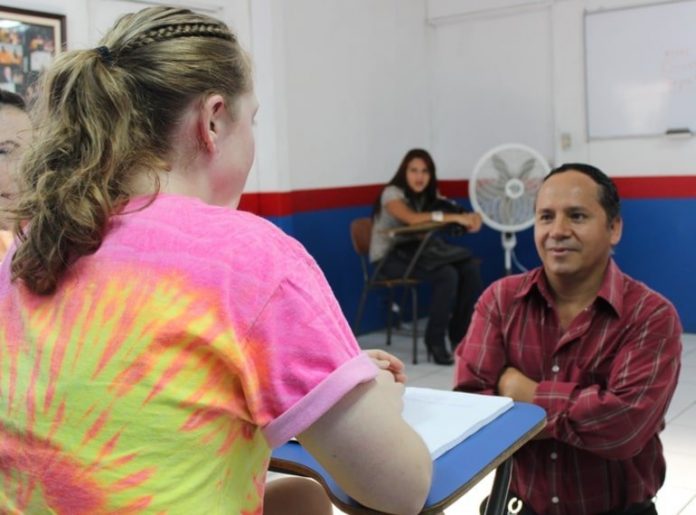 Summary: When faced with having to distinguish similar pairs of meanings, speakers adjust their colexification preference to maintain efficient communication.

A recent study focusing on the phenomenon of colexification provides further evidence that complexity in language structures is driven by the needs and preferences of the speakers.

Colexification refers to the linguistic phenomenon of multiple meanings sharing one word in a language which reduces the complexity of the lexicon. Previous cross-linguistic research has shown that human languages prefer to colexify similar concepts – for example, many languages have a single word that refers to the concepts of “fire” and “flame”, but few languages would colexify “fire” with “salt”.

Besides the tendency to colexify similar meanings, it has been claimed that lexical choices may also be affected by communicative needs of a given language community, which in turn may be driven by cultural, social, or environmental factors. For example, it has been shown that languages spoken in cold climates are more likely to have separate words for “ice” and “snow”, whereas languages in warmer climates often have just one word.

A recent study carried out by researchers at Tallinn University and at the University of Edinburgh examined these claims using a series of human experiments with hundreds of participants. While earlier research on this topic has focused on cross-linguistic lexical comparison, the aim of this study was to uncover the individual-level cognitive mechanisms that may give rise to the typological tendencies in the languages of the world.

Study participants learned and communicated with each other using artificial languages carefully constructed for the experiment. The results across four experiments match previous results from lexical typology: all other things being equal, speakers do prefer to colexify similar concepts.

However, it also found evidence supporting the communicative need hypothesis: when faced with a frequent need to distinguish similar pairs of meanings, participants adjusted their colexification preferences to maintain communicative efficiency. In other words, people avoid colexifying similar meanings which need to be distinguished in communication.

“When you think about it, this is a pretty intuitive, even obvious result,” said lead author Dr Andres Karjus, “but what this work pinpoints and quantifies is one force that likely structures languages to be the way they are, nudging them to be specific in some areas when needed, and simpler in domains where less detail will do. But also, often the public narrative in many countries and communities is that language change somehow equals decline – that young people are ruining language and such. We would argue that perhaps languages change, because people occasionally just need them to change – because the world around them is changing in complex ways.”

Colexification refers to the phenomenon of multiple meanings sharing one word in a language. Cross-linguistic lexification patterns have been shown to be largely predictable, as similar concepts are often colexified.

We test a recent claim that, beyond this general tendency, communicative needs play an important role in shaping colexification patterns.

We approach this question by means of a series of human experiments, using an artificial language communication game paradigm.

Our results across four experiments match the previous cross-linguistic findings: all other things being equal, speakers do prefer to colexify similar concepts.

However, we also find evidence supporting the communicative need hypothesis: when faced with a frequent need to distinguish similar pairs of meanings, speakadjust their colexification preferences to maintain communicative efficiency and avoid colexifying those similar meanings which need to be distinguished in communication.

This research provides further evidence to support the argument that languages are shaped by the needs and preferences of their speakers.

No, Stress Isn’t Always Bad. Here’s How to Harness It