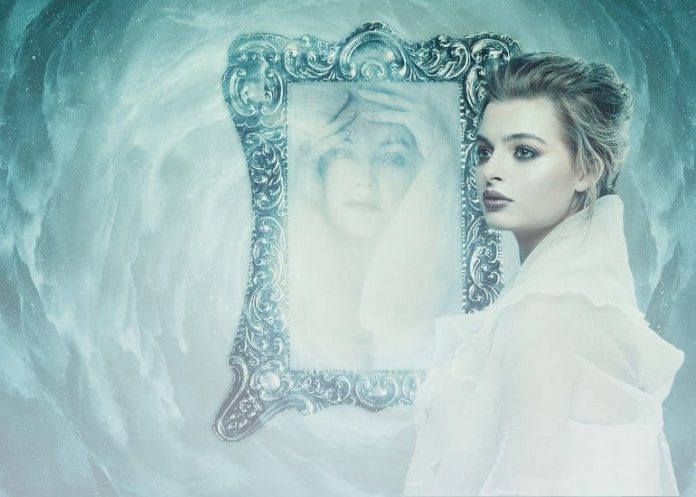 Summary: Study reveals the strength of the connection between the brain and internal organs is associated with how a person feels about their appearance. Weaker brain responses to the gut and heart were linked to greater levels of body shame and weight preoccupation.

New research has discovered that the strength of the connection between our brain and internal organs is linked to how we feel about our appearance.

Published in the journal Cortex, the study is the first to investigate, and first to identify, the association between body image and the brain’s processing of internal signals that occur unconsciously.

Carried out by a team of psychologists and neuroscientists at Anglia Ruskin University (ARU), the study found that adults whose brains are less efficient at detecting these internal messages are more likely to experience body shame and weight preoccupation.

This research could have therapeutic implications for people suffering with conditions in which body image plays a significant role. For example, the unconscious signals could be made conscious. Further research could even be applied to the clinic as it may be the case that brain responses to gut signals could indicate a predisposition to eating disorders.

The researchers then carried out measurements of the participants’ internal signals. Some of the messages from the heart and gut are processed at an unconscious level and the nervous system interprets these signals to provide the brain with continuously updated information about the body’s internal state.

The strength of the connection between the gut and the brain was measured by recording the electrical activity of both regions at the same time. The researchers also measured brain responses to heartbeats.

They found that weaker brain responses to the gut and heart were both significantly associated with greater levels of body shame and weight preoccupation amongst the participants.

Senior author Dr Jane Aspell, Associate Professor of Cognitive Neuroscience at Anglia Ruskin University (ARU), said: “We experience our body both from the inside and out: we can be aware of how our skin and limbs look, but also of how hungry we feel or how strongly our heart is beating during exercise. The brain also continuously processes internal signals that we are not conscious of.

Lead author Dr Jennifer Todd, a Postdoctoral Research Fellow at Anglia Ruskin University (ARU), said: “Our research could have implications for those experiencing negative body image, which can have a serious impact on people’s lives.

“The gut and heart signal measurements used in our study could potentially act as a biomarker to help identify, or even predict, negative body image and associated conditions, such as eating disorders. Additionally, by training people to become more aware of internal sensations, it might be possible to amplify these unconscious signals.

“We need to understand why some brains are better at detecting these internal signals than others. We expect it is partly due to differences in neuro-anatomical connections between the brain and internal organs, and this will be the subject of future research.”

Meanwhile, Dr Jane Aspell will be speaking about her research on the body and sense of self in a talk at the British Science Festival 2021, 7-11 September hosted by the British Science Association at Anglia Ruskin University. The talk will explore research on out of body experiences (OBEs), and she will share case studies from neurological patients.

Dr Aspell’s work investigates what happens in the brain during an OBE and she will present evidence that these are caused by abnormal functioning in parts of the brain that process and combine signals from our bodies. This research on neurological patients sheds light on how the healthy brain generates the experience of one’s self, and what happens when that construction temporarily goes ‘wrong’.

About this body perception research news

Interoception refers to the processing of internal bodily stimuli, while body image refers to appearance-related perceptions, affect, and cognitions. Previous research has found that body image is associated with self-reported and behavioural indices of interception.

Significant negative associations were identified between the indices of negative body image and the interoception variables. Specifically, more negative HEP amplitude and lower gastric-alpha PAC were both associated with greater body shame and weight preoccupation. However, no significant associations were identified for the indices of positive body image.

These findings extend previous work by demonstrating that there are significant associations between negative body image and previously unexplored components of cardiac and gastric interoception. This, in turn, could have important clinical applications, such as the HEP and gastric-alpha PAC both serving as biomarkers of negative body image.

Addressing Confusion Over the Timing of EEG and Hemodialysis

Greg Hitchcock: Voices, Visions, and the Power of Creating