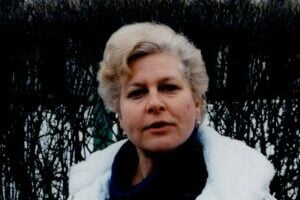 From The New York Times: “Dr. Caplan, the author of 11 books, was perhaps best known for her seven-year battle with the American Psychiatric Association as it planned the fourth edition of the Diagnostic and Statistical Manual of Mental Disorders, the encyclopedic guide used by millions of doctors to make diagnoses and by insurers to pay for them.

She took particular issue with the decision by the manual’s editors to include ‘premenstrual dysphoric disorder,’ in effect a lengthy or intense instance of premenstrual syndrome. Dr. Caplan argued that because P.M.S. was the natural result of a woman’s fluctuating hormone levels, it stood to reason that some women would experience it more strongly than others, in the same way that varying levels of testosterone made some men more aggressive than others.

‘If they had made a decision suddenly pathologizing a half million men, there would be a public outcry,’ she told The New York Times in 1994. ‘I was so deeply disturbed by the lack of concern with scientific support for what they were including or rejecting, and the low level of apparent concern for the effects on patients who might get these diagnoses.’”

The revolt of the slow gaze – Art 4 campus