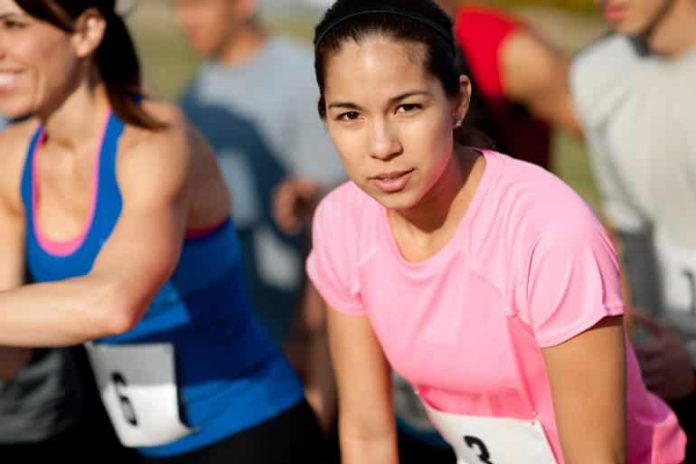 Summary: Lacking confidence in our own ability may stem from overestimating the abilities and performance of others, researchers say.

A lack of confidence in our abilities on a given task or activity seems to stem from overestimating the abilities of others, according to a University of Alberta study.

The finding could offer leaders insights into how to counter self-doubt in the face of a difficult task.

Previous research has shown that for many tasks and activities, the majority of people tend to predict that they will outperform others, especially when tasks are easy. A classic example comes from a 1981 study of U.S. drivers in which 93 percent claimed they were better than average.

On difficult tasks, however, most people tend to predict that others will do better than they will.

In making sense of these seemingly contradictory findings, the study surveyed runners before a timed race about how they expected to do.

The researchers—Gerald Häubl, a marketing professor in the Alberta School of Business and the Ronald K. Banister Chair in Business, and Isabelle Engeler of the University of Navarra in Spain—chose a challenging mountain race, with uphill distances ranging from 10 to 78 kilometres.

Controlling for age, gender and running experience, the researchers found that the runners who wrongly predicted that their finishing times would be better than average—those who were overconfident—were driven mainly by overestimating their own performances.

Meanwhile, runners who predicted they would perform worse than average—those who were underconfident in their abilities—had a solid understanding of their own performance but expected more from their competitors.

As well, the underconfident group was not only quite accurate in predicting their own performance, they also tended to be those who were better than average.

Häubl said underconfidence, which can manifest itself in the workplace as imposter syndrome, is often beneficial, particularly if it motivates people to work harder.

“The problem with underconfidence, however, is that it can prevent people who actually have the potential to excel at something—a particular job or career—from even trying, because they falsely believe there are many others who are better than they are.”

Likewise, individuals who overestimate their performance tend to be those who are worse than average.

“This latter result bears parallels with prior research showing that people who are unskilled tend to overestimate their performance,” said Häubl.

This overconfidence, he said, can be good or bad, depending on whether it translates into higher or lower motivation and thus a desired outcome.

“In very general terms, well-calibrated confidence, based on an accurate assessment of both one’s own and others’ abilities, is what people should strive for.”

Other studies found that the two types of miscalibration occur in the same direction—that is, that people with BTA beliefs tend to overestimate their performance. We reconcile these apparently conflicting findings by disentangling placement beliefs that are correct from those that are erroneous and focusing on the latter as only these represent instances of misplacement.

Two field studies reveal a key asymmetry—erroneous BTA beliefs are primarily driven by misestimation of one’s own absolute performance, whereas erroneous WTA beliefs tend to be driven by misestimation of others’ absolute performance. A reexamination of data from Moore and Small (2007) supports this insight about the sources of misplacement beliefs.

The findings suggest that the conflicting conclusions from prior work might have been attributable to differences in the extent to which results were based on observations with erroneous (as opposed to correct) placement beliefs.

This research provides novel insights into the psychology of miscalibration in performance predictions and helps unify seemingly contradictory prior findings.

The Problem With Mental Health Awareness

Cause of Alzheimer’s Disease Traced to Mutation in Common Enzyme