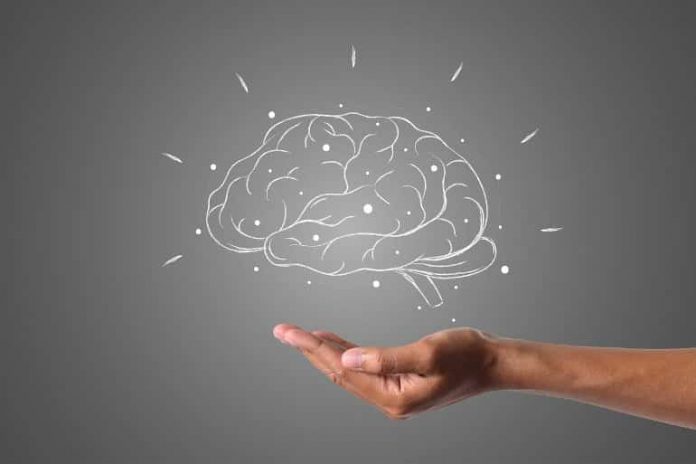 Summary: Performing written cognitive tests with a digital pen allowed researchers to identify differences between “thinking” and “writing” times that may be early biomarkers for cognitive and motor decline.

During neuropsychological assessments, participants complete tasks designed to study memory and thinking. Based on their performance, the participants receive a score that researchers use to evaluate how well specific domains of their cognition are functioning.

Consider, though, two participants who achieve the same score on one of these paper-and-pencil neuropsychological tests. One took 60 seconds to complete the task and was writing the entire time; the other spent three minutes, and alternated between writing answers and staring off into space. If researchers analyzed only the overall score of these two participants, would they be missing something important?

“By looking only at the outcome, meaning what score someone gets, we lose a lot of important information about how the person performed the task that may help us to better understand the underlying problem,” explains lead author Stacy Andersen, PhD, assistant professor of medicine at Boston University School of Medicine (BUSM).

Researchers with the Long Life Family Study (LLFS) used digital pens and digital voice recorders to capture differences in study participants’ performance while completing a cognitive test and found that differences in ‘thinking’ versus ‘writing’ time on a symbol coding test might act as clinically relevant, early biomarkers for cognitive/motor decline.

Participants in the LLFS were chosen for having multiple siblings living to very old ages. Longevity has long been associated with an increased health span and thus these families are studied to better understand contributors to healthy aging. The participants were assessed on a number of physical and cognitive measures, including a symbol coding test called the Digit Symbol Substitution Test.

This timed test requires participants to fill in numbered boxes with corresponding symbols from a given key and assesses both cognitive (attention and processing speed) and non-cognitive factors (motor speed and visual scanning). To allow researchers to collect data about how a participant went about completing the task, the participants used a digital pen while completing the test. On the tip of this pen was a small camera that tracked what and when a participant wrote.

“This method of clustering allowed us to look at other similarities among the participants in each group in terms of their health and function that may be related to differences in writing and thinking time patterns,” said coauthor and lead biostatistician Benjamin Sweigart, a biostatistics doctoral student at Boston University School of Public Health.

The researchers found that those who got slower in writing the symbols during the test had poorer physical function on tests of grip strength and walking speed.

In contrast, those who changed speed in thinking time had poorer scores on memory and executive function tests suggesting that writing time and thinking time capture different contributors to overall performance on the test.

According to the researchers, these findings show the importance of capturing additional facets of test performance beyond test scores. “Identifying whether poor test performance is related to impaired cognitive function as opposed to impaired motor function is important for choosing the correct treatment for an individual patient” adds Andersen. “The incorporation of digital technologies amplifies our ability to detect subtle differences in test behavior and functional abilities, even on brief tests of cognitive function. Moreover, these metrics have the potential to be very early markers of dysfunction.”

These findings appear online in the Journal of Alzheimer’s Disease.

Other co-authors included Nancy Glynn of the University of Pittsburgh’s Department of Epidemiology; Mary Wojczynski of Washington University School of Medicine’s Department for Genetics; Bharat Thyagarajan of University of Minnesota School of Medicine’s Department of Laboratory Medicine and Pathology; Jonas Mengel-From of the University of Southern Denmark’s Institute of Public Health, Epidemiology, Biostatistics and Biodemography Unit; Stephen Thielke of Puget Sound VA Medical Center’s Geriatric Research, Education, and Clinical Center; Thomas Perls of BUSM’s Geriatrics Section; David Libon of Rowan University’s School of Osteopathic Medicine at the New Jersey Institute for Successful Aging; Rhoda Au of BUSM’s Department of Anatomy and Neurobiology and Neurology; Stephanie Cosentino of the Cognitive Neuroscience Division of the Department of Neurology at the Taub Institute for Research on Alzheimer’s Disease and the Aging Brain and Paola Sebastiani of Tufts Medical Center’s Institute for Clinical Research and Health Policy Studies.

Methods: A subset of Long Life Family Study participants (n = 1,594) completed the DSST. Total time to draw each symbol was divided into ‘writing’ and non-writing or ‘thinking’ time. Bayesian clustering grouped participants by change in median time over intervals of eight consecutively drawn symbols across the 90 s test. Clusters were characterized based on sociodemographic characteristics, health and physical function data, APOE genotype, and neuropsychological test scores.

Conclusion: Digital data identified previously unrecognized patterns of ‘writing’ and ‘thinking’ time that cannot be detected without digital technology. These patterns of performance were differentially associated with measures of cognitive and physical function and may constitute specific neurocognitive biomarkers signaling the presence of subtle to mild dysfunction. Such information could inform the selection and timing of in-depth neuropsychological assessments and help target interventions.

Feeling Stressed? It’s ‘a Bit Weird’, but Tapping Helps – And It’s Easy to...

The 60 most iconic neurological disorders – The Neurology Lounge