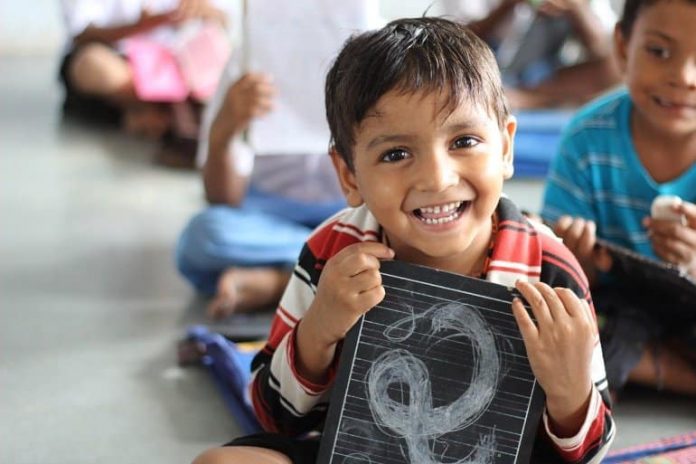 Summary: Preschool-aged children are more motivated to learn and are more curious about the subject matter if exposed to just a little information, a new study reports. Providing too much information where curiosity to personally investigate is limited causes boredom in young children.

Preschool children are sensitive to the gap between how much they know and how much there is to learn, according to a Rutgers University-New Brunswick study.

The research, published in the journal Psychological Science, found preschool children are more likely to choose to gather more information about something if they know just enough about it to find it interesting, but not too much that it becomes boring.

Researchers say this “optimal” amount of existing knowledge creates the perfect mix of uncertainty and curiosity in children and motivates them to learn more.

“There is an infinite amount of information in the real world,” said lead author Jenny Wang, an assistant professor of cognitive psychology at Rutgers. “Yet despite having to learn so much in such a short amount of time, young children seem to learn happily and effectively. We wanted to understand what drives their curiosity.”

The study focused on how children’s knowledge level influences what information they find interesting. The findings suggest that children are not simply attracted to information by its novelty.

According to Wang, children are naturally curious but the difficult question is how to harness this natural curiosity.

“Ultimately, findings like this will help parents and educators better support children when they actively explore and learn about the world,” Wang said.

In a series of experiments, Wang and her coauthors designed in-person and online storybooks to measure how much 3- to 5-year-old preschool children know about different “knowledge domains.” The experiment also assessed their ability to understand and comprehend a specific topic, such as contagion, and asked how children’s current knowledge level predicts their interest in learning more about it, including whether someone will get sick after playing with a sneezing friend.

“Intuitively, curiosity seems to belong to those who know the most, like scientists, and those who know the least, like babies,” said Wang, who directs the Rutgers Cognition and Learning Center (CALC). “But what we found here is quite surprising: it was children in the middle who showed the most interest in learning more about contagion, compared to children who knew too little or too much.”

About this learning and motivation research news

How do changes in learners’ knowledge influence information seeking? We showed preschoolers (N = 100) uncertain outcomes for events and let them choose which event to resolve.

We found that children whose intuitive theories were at immature stages were more likely to seek information to resolve uncertainty about an outcome in the related domains, but children with more mature knowledge were not.

This result was replicated in a second experiment but with the nuance that children at intermediate stages of belief development—when the causal outcome would be most ambiguous—were the most motivated to resolve the uncertainty. This effect was not driven by general uncertainty at the framework level but, rather, by the impact that framework knowledge has in accessing uncertainty at the model level.

These results are the first to show the relationship between a learning preference and the developmental stage of a child’s intuitive theory.

The Abusive Society: Why Abuse Seems to Reach Into Every Corner of Modern Life