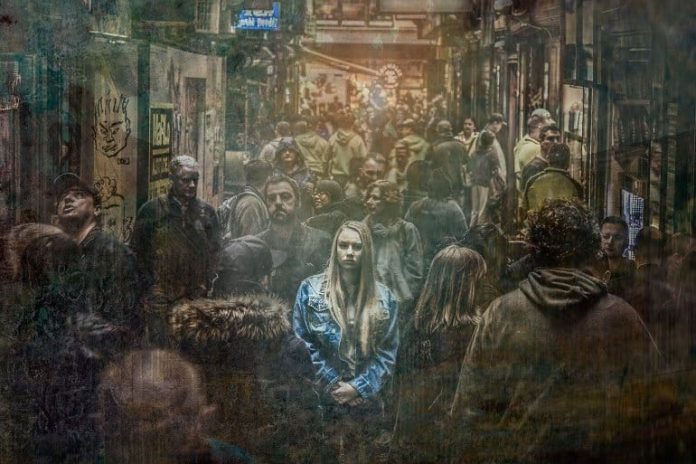 Summary: Study reveals more than 6% of people in Europe experience depression. Rates of depression are four times higher in European countries which are more economically developed.

A study in 27 European countries puts the prevalence of depression at 6.4 percent of the population.

The work, published in The Lancet Public Health, analyzed data from the European Health Interview Survey, which includes responses from more than 250,000 people.

The incidence is higher in women at 7.7 percent, while in men it is 4.9 percent.

In Europe, 6.4 percent of the population suffers from depression, according to a study published in The Lancet Public Health. This figure is higher than that estimated by the World Health Organisation (WHO), which calculated the prevalence of this pathology in the European region at 4.2 percent.

Depression is considered to be one of the leading causes of disability around the world, increasing the risk of premature death, decreasing quality of life and being a heavy burden on health systems. In fact, it is estimated that it may affect more than 300 million people worldwide.

The researchers analyzed data from the second wave of the European Health Interview Survey, collected between 2013 and 2015. In total, they were able to use the responses from 258,888 people from 27 European countries, excluding Spain, Belgium and the Netherlands, for methodological reasons.

Nevertheless, a previous study did make use of the Spanish data from the survey, which showed that depression had an overall prevalence of 6.1 percent, 8 percent among women and 4.1 percent among men.

Depression prevalence was calculated using an eight-item scale (PHQ-8) that assesses the presence and intensity of depressive symptoms, excluding thoughts of death or suicide, and which is used to diagnose this disorder.

Of the total population surveyed, 6.4 percent presented a probable depressive disorder. In women, who represented 52.2 percent of the sample, the prevalence of this pathology was 7.7 percent, much higher than that registered for men, at 4.9 percent.

This marked difference between the sexes is found in almost all countries, with the exception of Finland and Croatia.

The researchers found major differences between countries, with prevalence rates being up to four times higher in more economically developed nations.

“The overall prevalence is high, with the average for all the countries included being over 6 percent. But it is surprising that countries with greater economic development and therefore, supposedly, better health and care resources, which should reduce prevalence rates, have a higher incidence than other countries that are less economically developed,” explains Dr. Jorge Arias-de Torre, from the Medical Psychology department at King’s College London and one of the main authors of the paper.

“This data establishes depression as a very frequent problem and, therefore, having this information helps us estimate possible care needs,” says Dr. Jordi Alonso, another author of the study, director of the Epidemiology and Public Health Programme at IMIM-Hospital del Mar and the scientific co-director of CIBERESP.

By sex, the countries with the highest proportion of men suffering a depressive disorder are Germany and Ireland, and the lowest are the Czech Republic and Slovakia.

For women, the countries with the highest rates are Germany and Luxembourg, while the lowest are Slovakia and the Czech Republic.

These results suggest that demographic, cultural and socio-political factors, such as access to health services, job insecurity or the rising cost of living, may be determining factors in the observed differences.

In terms of population groups, those most affected by depression are older people, not born in the European Union, living in densely populated areas, with chronic illnesses and little physical activity, and with lower levels of education and income.

“This study is one of the largest samples analyzed in Europe to date and reflects variations in prevalence between countries that should be used to plan healthcare services and monitor the phenomenon over time,” explains Dr. Antoni Serrano, deputy director of Mental Health at the Parc Sanitari Sant Joan de Déu, researcher at the Institut de Recerca de Sant Joan de Déu and author of the study.

“We should look at whether population-screening strategies could be advantageous in the detection and treatment of these individuals, to reduce the costs associated with the disease and the burden on the health and social care systems,” he says.

Prevalence and variability of current depressive disorder in 27 European countries: a population-based study

In this population-based study, we analysed data from respondents living in 27 European countries who were included in the second wave of the European Health Interview Survey, collected between 2013 and 2015. We assessed the prevalence of current depressive disorder using the eight-item Patient Health Questionnaire (PHQ-8), with depressive disorder defined as a PHQ-8 score of 10 or higher. Prevalence estimates and 95% CIs were calculated for all 27 countries overall and for each country individually. We assessed variation in prevalence (country vs the rest of Europe) using crude and adjusted prevalence ratios obtained from negative binomial regression models. We did all analyses for the total sample and stratified by gender.

Depressive disorders, although common across Europe, vary substantially in prevalence between countries. These results could be a baseline for monitoring the prevalence of current depressive disorder both at a country level in Europe and for planning health-care resources and services.

Signs that a Loved One May Have Parkinson’s Disease