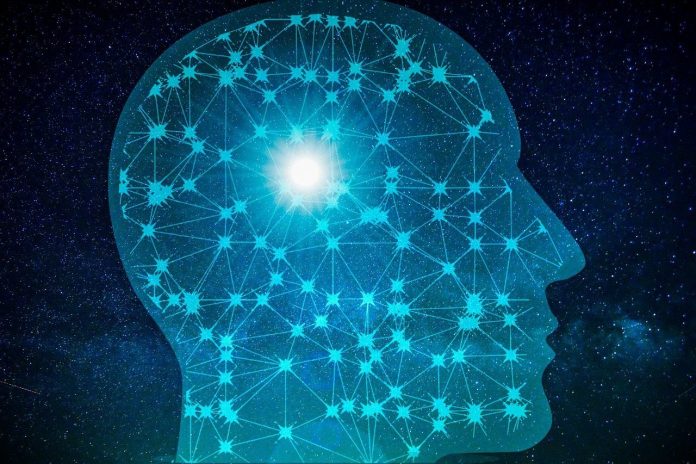 Summary: A new analysis of medical evidence of domestic mass shooters in the US reveals the majority of those who commit mass shootings have underlying and untreated mental health conditions.

The first analysis of medical evidence on domestic mass shooters in the U.S. finds that a large majority of perpetrators have psychiatric disorders for which they have received no medication or other treatment, reports a study in the Journal of Clinical Psychopharmacology.

“Without losing sight of the larger perspective that most who are violent are not mentally ill, and most of the mentally ill are not violent, our message is that mental health providers, lawyers, and the public should be made aware that some unmedicated patients do pose an increased risk of violence,” according to the report by Ira D. Glick, MD, of Stanford University School of Medicine and colleagues.

The researchers identified 115 persons identified as committing a mass shooting in the United States from 1982 to 2019, based on the most comprehensive listing available (the Mother Jones database). The database excluded shootings related to “conventionally motivated” crimes such as armed robbery or gang violence.

“In the vast majority of the incidents identified in the database, the perpetrator died either during or shortly after the crime,” the researchers note. They focused on the 35 cases where the assailant survived and underwent criminal proceedings – providing the best information on their symptoms of mental illness and psychiatric state.

For each mass shooting event, the researchers spent hours analyzing records or interviewing the forensic psychiatrists or psychologists who examined the assailant after the crime. Other sources of information included court proceedings, public records, videotaped interviews, and social media posts or writings by the perpetrator. Dr. Glick’s coauthors were Nina E. Cerfolio, MD, of the Icahn School of Medical at Mount Sinai Hospital, New York; Danielle Kamis, MD, of Stanford; and Michael Laurence, JD, a prominent capital defense attorney.

“Based on this data, 32 of the 35 perpetrators had signs and symptoms of brain illness, which fit scientific diagnostic criteria for a clinical psychiatric disorder,” Dr. Glick comments. Eighteen of the shooters had schizophrenia while 10 had other diagnoses including bipolar disorder, delusional disorder, personality disorders, and substance-related disorders. In three cases, there was not enough information to make a diagnosis; in four cases, no psychiatric diagnosis was found.

Of the 28 surviving assailants with a psychiatric diagnosis, “None were medicated or received other treatment prior to the crime,” the researchers write. They also analyzed 20 mass shooters who died at the crime scene, using available data from the media or significant others. Eight assailants had schizophrenia, seven had other diagnoses, five had unknown diagnoses. Similarly, none were receiving appropriate medications.

Despite the tragically high frequency of mass shooting events, there has been almost no medical research on the nature and incidence of brain illness among the perpetrators of these crimes. The study originated in Dr. Glick’s clinical impression that many, if not most, mass shooters are people with unidentified psychiatric illness – complicated by a lack of support from family or significant others in getting the help they needed.

The authors acknowledge some important limitations of their study: it included only limited evidence on a small group of domestic shooters who survived, with no comparison group. “Nonetheless,” the researchers write, “our data suggest that persons who commit mass murders may suffer from compromising and untreated psychiatric illness.”

“The psychiatric disorders seen in perpetrators of mass shootings are serious brain illnesses – as much in need of proper diagnosis and treatment as heart disease or any other medical condition,” Dr. Glick adds. “We need to reduce the stigma associated with these diseases to enable patients to receive appropriate and adequate psychiatric medication and other treatments. By actually talking to patients and their significant others, we have the opportunity to save lives.”

About this crime and mental health research news

Given the relative lack of psychiatric information and data on the perpetrators of US mass shootings, the aim of our study was to understand who these “mass shooters” were and whether they had a psychiatric illness. If so, were they competently diagnosed, and if so, were they treated with appropriate medication for their diagnoses before the violence?

Because a prospective study of diagnosis and treatment could not, for obvious reasons, be carried out, we designed a retrospective, observational study of mass shooters, defined as those who killed 4 or more people with firearms between 1982 and 2012 or who killed 3 or more people with firearms between 2013 and 2019 in the United States. We used the Mother Jones database—a database of 115 persons identified as committing a mass shooting in the United States between January 1982 and September 2019. In the vast majority of the incidents identified in the database, the perpetrator died either during or shortly after the crime, leaving little reliable information about their history—especially psychiatric history.

We focused on the 35 mass shooters who survived and for which legal proceedings were instituted because these cases presented the most reliable psychiatric information. For each of these 35 mass shootings, we interviewed forensic psychiatrists and forensic psychologists who examined the perpetrator after the crime and/or collected the testimony and reports by psychiatrist(s) at trial or in the postconviction proceedings contained in the court record. In addition, we reviewed available information from the court proceedings, public records, a videotaped interview of assailant by law enforcement, social media postings of the assailant, and writings of the assailant.

After collecting the clinical information from multiple sources on each case to make a Diagnostic and Statistical Manual of Mental Disorders, Fifth Edition, diagnosis, we also completed a Sheehan Diagnostic Scale. After this, 20 additional cases where the assailant died at the crime were randomly selected form the remaining 80, to determine whether there were differences in psychiatric diagnoses and treatment between such assailants and those who survived.

Of 15 of 20 cases in which the assailant died, 8 had schizophrenia. None of those diagnosed with psychiatric illnesses were treated with medication.

Believing everyone else is wrong is a danger sign – Mind Hacks

How the Brain Allows Actions Based on Social Cues