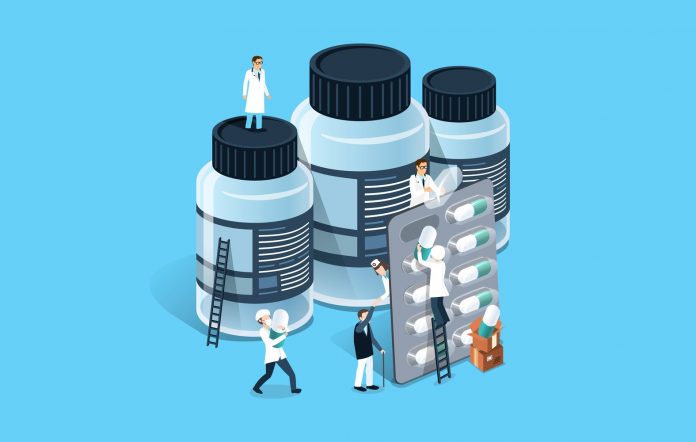 As a psychiatrist in the 1990s, I witnessed a huge change that seemed to make no sense: People began to eagerly seek out biological psychiatrists. These doctors had been around for centuries, but until then were understandably feared and avoided. What was different now that could explain this?

Yes, psychiatry greatly broadened the definition of mental illness: Common things like feeling depressed/ anxious, little kids being impulsive/hyper, and teens having anger outbursts, were all suddenly proclaimed to be medically treatable diseases.

But people used to resourcefully rely on their own capabilities to solve their problems. Why did so many abandon this approach in favor of medicalizing them? Why were they so willing to believe that all these new, simultaneously-discovered diseases were real?

It wasn’t better long-term outcomes, as Robert Whitaker showed in Anatomy of an Epidemic. Nor was it proof: 50 years of intense research found no evidence of a genetic, chemical, or anatomical basis for any mental illness. Psychiatric clients must sense this, since no physical exam, lab test, or x-ray is done to diagnose them.

And it wasn’t that there was no other, better explanation for these phenomena: We’ve all knowingly become upset over a loss, rejection, disappointment, or stress. And we all know that kids start off wild.

So I searched for a rational explanation for all this madness. I wondered: Could psychiatry’s medical model owe its popularity to wishful thinking? Could it somehow work so well for people (at some deeper level), that they’re willing to overlook its illogic/flaws and to allow themselves to be “brainwashed”?

Here are 11 possible subconscious allures to medicalizing life’s struggles. They’re based on things my clients (or people hoping to become my clients) have repeatedly told me over the years. I quoted some of them below:

1. Psychiatry declared that mental illnesses are genetic brain diseases caused by chemical imbalances. This subliminally offered a way to repress/deny unwanted thoughts of failure, regret, loneliness, or worthlessness. I’ve been told: “Before I realized my kid’s troubles were due to bad genes, I mistakenly blamed my parenting” and “Nothing‘s wrong in my life; I’m just depressed because I have depression. It runs in my family.”

The medical model offered relief to family members too: Identified patients’ feelings could now be viewed as “happening for no reason.” Families thus no longer needed to understand or respond to their complaints.

2. Psychiatry said that you can’t pull yourself out of depression since it’s a disease that requires treatment. This took pressure off people by subtly implying that the burden of addressing your pain now shifts from you to skilled authority figures who will heal you (“I need an MD to manage my depression and anxiety”). In reality, our huge brains enable us to flexibly, infinitely work on and adapt to the issues upsetting us.

3. When psychiatry announced that “highly effective medications” are now available, this seductively suggested that taking pills can quickly/easily resolve your troubles (“I need my brain chemistry fixed ASAP”). One such cure was antidepressants; they were proven to work via the placebo effect, which often fades.

4. Also offered were tempting euphoria-giving drugs that until then were socially disapproved of, like benzos and amphetamines. The subconsciously enticing message this gave was: “You can now use these without risk of societal scorn.”

5. These drugs are physically-addictive. Tolerance to their pleasurable effect develops; withdrawals then set in. But psychiatry said that this won’t happen if you get them from a doctor rather than a dealer (“I never take more than a respected MD prescribed to treat a serious condition”), unless you have an addictive personality. This subliminally implied that you can have your cake and eat it too.

Wouldn’t that be heaven on earth! But we all have the same brain receptors. So if these pills are used daily, we all have the same risk of getting hooked in time no matter where/why we get them or what our personality type is. Many have tried to assure me they’re safe by promising: “That won’t happen to me, since I’m not one of those addictive-types.”

6. People were told that impulsive, inattentive little kids and labile, explosive teenagers are now known to have ADHD or bipolar disorder. For parents who came home exhausted from work, this subconsciously offered this lure: You can now get your kid sedated for a legitimate reason (Both these new diseases are treated with sedating drugs): “My son is so much more manageable when he takes his medicine.”

7. People were also told, without evidence, that ADHD kids are born with defective brain hardwiring which impairs learning. This subliminally offered busy parents an “out”: “It’s been such a struggle trying to teach my son how to control himself. Now I know I’ve been wasting my time. His broken brain just can’t do it.”

Teachers were similarly excused from having to teach these “unteachable” kids. This approach may seem to work great at first. But when it leads to kids never learning to responsibly, maturely cope with feelings or impulses, never learning much in school, and becoming drug addicts: not so great.

8. Another unconsciously alluring message conveyed by the disease model was: Once labeled mentally ill, there will be fewer consequences if your actions disturb others since “Sick people can’t control their symptoms.” With a bipolar or ADHD label, there may be less accountability if you act on impulse or have outbursts. With a depression label, others may be more tolerant if you don’t do what’s expected of you.

But if you don’t control your own behavior, who does? It’s irrational to say your brain does—your brain is you. We may not always be aware of why we do what we do, but that’s logically explainable: Our motives often lay hidden beneath the surface.

9. Psychiatry said the mentally ill suffer from and bravely battle real physical illnesses. The subliminally appealing message this conveyed was: Once diagnosed, you can get the attention, sympathy, and admiration that gravely physically ill people get, without being physically ill.

10. When psychiatry claimed that depression is a chronic, disabling illness, this (unconsciously) enticingly offered a new way to legitimately qualify for disability benefits. But if depressed people had to work in order to not starve, most would do so because they can. Brain-damaged stroke victims wouldn’t because they can’t. ADHD was also declared to be disabling. This lured parents to come to doctors and say “I need a note saying my son has ADHD so he can get accommodations at school.” These greatly ease kids’ work-loads, which in turn eases demands on parents.

11. This lifelong-illness model dangled yet another tantalizing bait: a chance to be under the lifelong care of a trustworthy, parent-like higher power who only wants to help people. Dream on! Doctors are human. Thus, like any of us, a desire for great personal gain can drive them to be deceptive or manipulative (perhaps unconsciously). After all, when psychiatrists lost their therapist niche to social workers, evolving into psychopharmacologists is what saved their necks. And medicine only became a lucrative field after it embraced addictive drug prescribing.

What enables the medical model to work so well for so many? Unlike physical illnesses, mental ones can’t be proven or disproven. The DSM says it mainly comes down to a subjective perception of distress. But if you think about it, aren’t all of our actions, whether mentally ill or healthy, driven by a need to alleviate some type of suffering, tension, or emptiness?

Couldn’t we all thus perceive ourselves to be in constant distress and thus mentally ill? I, personally, have never met a person who I couldn’t diagnose with a mental illness. In fact, I dare say that I can diagnose every human with every mental illness—even psychosis, since we all have fixed beliefs that aren’t based in reality.

In summary: If you look deep inside yourself with an open mind, you’ll likely discover things going on that are hard to acknowledge, like the motives outlined in this blog. If so, then you’ll gain insight into why we believe what we believe and do what we do. You’ll understand why the nonsensical medical model is popular, why people wrongly think they’re helpless, and why parents believe their kids can’t learn. Unconscious wishful thinking can explain it all.

Psychiatrists used to empower clients by guiding them to explore their minds. Clients thereby tapped into their ability to think for themselves, search for the truth, and find solutions. But now psychiatrists do the opposite. The reasons to avoid them are as valid as ever.

In Past Two Decades, Dramatic Rise in Elderly Taking Drugs That Can Lead to Falls

Psychotherapy Is Safer and Less Expensive Than Drug Treatment

Thinking and Memory, Parkinson’s and a Pandemic » Department of Neurology » College of...