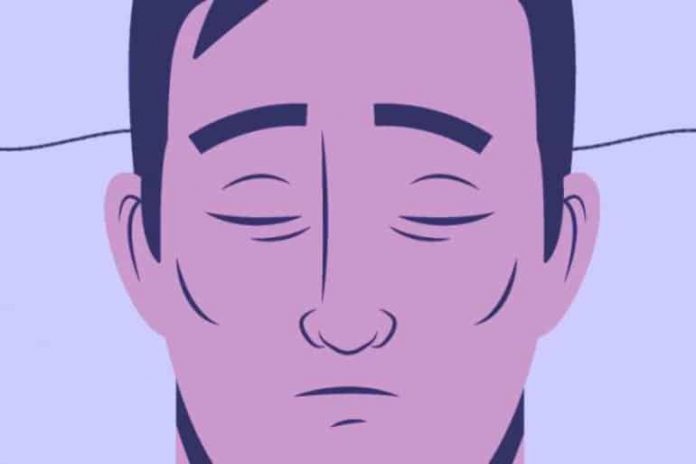 Summary: Following deep anesthesia, consciousness and cognitive processes unfold over time. The prefrontal cortex is the first brain area to recover, with areas associated with reaction time and attention taking longer to return to pre-anesthesia states.

Millions of surgical procedures performed each year would not be possible without the aid of general anesthesia, the miraculous medical ability to turn off consciousness in a reversible and controllable way.

Researchers are using this powerful tool to better understand how the brain reconstitutes consciousness and cognition after disruptions caused by sleep, medical procedures requiring anesthesia, and neurological dysfunctions such as coma.

In a new study published in the journal eLife, a team led by anesthesiologists George Mashour, M.D., Ph.D. of University of Michigan Medical School, Michigan Medicine, Max Kelz, M.D., Ph.D. of the University of Pennsylvania Medical School, and Michael Avidan, MBBCh of the Washington University School of Medicine used the anesthetics propofol and isoflurane in humans to study the patterns of reemerging consciousness and cognitive function after anesthesia.

In the study, 30 healthy adults were anesthetized for three hours. Their brain activity was measured with EEG and their sleep-wake activity was measured before and after the experiment. Each participant was given cognitive tests–designed to measure reaction speed, memory, and other functions–before receiving anesthesia, right after the return of consciousness, and then every 30 minutes thereafter.

The study team sought to answer several fundamental questions: Just how does the brain wake up after profound unconsciousness–all at once or do some areas and functions come back online first? If so, which?

“How the brain recovers from states of unconsciousness is important clinically but also gives us insight into the neural basis of consciousness itself,” says Mashour.

After the anesthetic was discontinued and participants regained consciousness, cognitive testing began. A second control group of study participants, who did not receive general anesthesia and stayed awake, also completed tests over the same time period.

Analyzing EEG and test performance, the researchers found that recovery of consciousness and cognition is a process that unfolds over time, not all at once. To the investigators’ surprise, one of the brain functions that came online first was abstract problem solving, controlled by the prefrontal cortex, whereas other functions such as reaction time and attention took longer to recover.

“Although initially surprising, it makes sense in evolutionary terms that higher cognition needs to recover early. If, for example, someone was waking up to a threat, structures like the prefrontal cortex would be important for categorizing the situation and generating an action plan,” says Kelz.

The EEG readings revealed that the frontal regions of the brain were especially active around the time of recovery. Importantly, within three hours of being deeply anesthetized for a prolonged period of time, participants were able to recover cognitive function to approximately the same level as the group that stayed awake during that time. Furthermore, their sleep schedule in the days after the experiment did not appear to be affected.

“This suggests that the healthy human brain is resilient, even with a prolonged exposure to deep anesthesia. Clinically, this implies that some of the disorders of cognition that we often see for days or even weeks during recovery from anesthesia and surgery–such as delirium–might be attributable to factors other than lingering effects of anesthetic drugs on the brain,” says Avidan.

Funding: This study was funded by a collaborative grant from the James S. McDonnell Foundation, St. Louis, MO; National Institutes of Health (Bethesda, MD, USA) grant T32GM112596; and the anesthesiology departments of the University of Michigan, University of Pennsylvania and Washington University.

About this consciousness research news

Recovery of consciousness and cognition after general anesthesia in humans

Understanding how the brain recovers from unconsciousness can inform neurobiological theories of consciousness and guide clinical investigation.

To address this question, we conducted a multicenter study of 60 healthy humans, half of whom received general anesthesia for 3 hr and half of whom served as awake controls.

We administered a battery of neurocognitive tests and recorded electroencephalography to assess cortical dynamics.

We found that, just prior to the recovery of consciousness, frontal-parietal dynamics returned to baseline. Consistent with our hypothesis, cognitive reconstitution after anesthesia evolved over time. Contrary to our hypothesis, executive function returned first.

Early engagement of prefrontal cortex in recovery of consciousness and cognition is consistent with global neuronal workspace theory.

Review: Pain of Radiation Therapy Increases With Frequency of Its Use

Mindfulness Can Improve Mental Health and Wellbeing, but It’s Unlikely to Work for Everyone