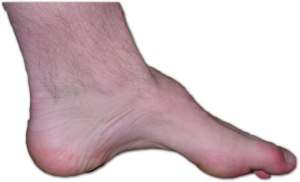 Jean-Marie Charcot, Pierre Marie, and Howard Henry Tooth will be confounded to see what has become of the disease they described hundreds of years ago. Charcot-Marie Tooth disease (CMT) was a simple and straightforward disease then, with easily recognisable features such as the ‘classic’ high arched foot (pes cavus), the hammer toes, and the inverted champagne glass appearance of the leg.

What was once a clear clinical entity has however morphed into a complex genetic maze. CMT has literally evolved into a hydra with 52 genetically distinct heads (and I thought I will never use literally in this blog). Half of this number is made up by the 26 forms of CMT type 2, which now runs from CMT2A to CMT2Z! Where to go after Z is anyones guess?

What neurologists could easily recognise and classify by distinctive clinical features now runs rings around them with complex neurophysiological cut-off points.

In tackling the increasingly complex phenomenon of CMT, Neurochecklists has attempted to demystify the disease with a variety of simple checklists such as:

The genetic classification of CMT

The distinctive features of CMT

The differentiating features of CMT

The investigations of CMT

The management of CMT

Or you may wish to dive in properly and explore individual CMT subtypes. In which case, here are the 52 varieties of CMT and their genetic mutations, all linked to their checklists. Watch out for SPG11!

Explore these and more on Neurochecklists