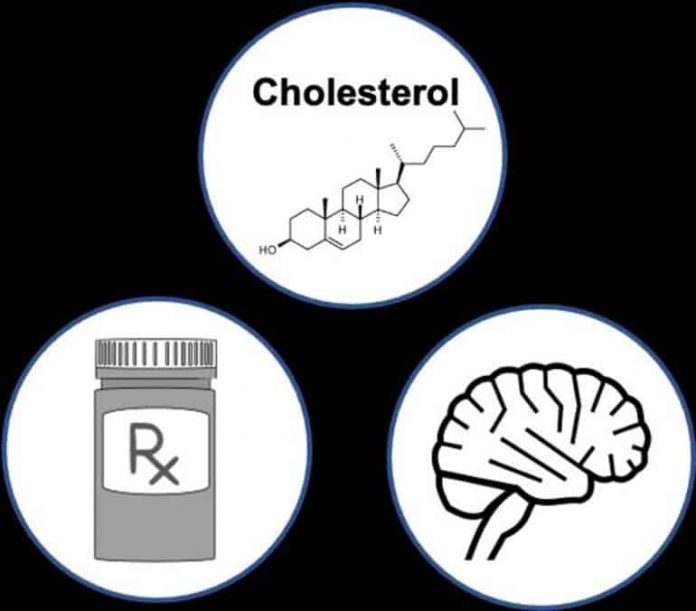 Summary: Disruptions in how the body converts cholesterol into bile acids may play a key role in the development of dementia.

The blood-brain barrier is impermeable to cholesterol, yet high blood cholesterol is associated with increased risk of Alzheimer’s disease and vascular dementia. However, the underlying mechanisms mediating this relationship are poorly understood.

Little is known about how high blood cholesterol may lead to an increased risk of Alzheimer’s and dementia, yet understanding the underlying processes may lay the foundation for discovering effective therapeutics.

To investigate whether abnormalities in cholesterol catabolism through its conversion to bile acids is associated with development of dementia, researchers drew on more than 1800 participants from two prospective studies: the Baltimore Longitudinal Study of Aging (BLSA) and the Alzheimer’s Disease Neuroimaging Initiative (ADNI).

First, the research team investigated whether cholesterol catabolism was associated with brain abnormalities typical of Alzheimer’s and vascular dementia. They next tested whether exposure to cholesterol medications that block bile acid absorption into the bloodstream was associated with an increased risk of dementia among more than 26,000 patients from general practice clinics in the United Kingdom.

Finally, they examined 29 autopsy samples from the BLSA to determine whether people with Alzheimer’s disease tend to have altered levels of bile acids in their brains.

The authors found that the risk of vascular dementia increased for males, but not females, with greater number of prescriptions of bile acid blocking drugs. Their findings suggest that cholesterol catabolism and bile acid synthesis may impact dementia progression through sex-specific effects on brain signaling pathways.

However, additional studies are needed as the research was limited by the relatively small numbers of autopsy samples. In addition, experimental studies are required to better understand the role of cholesterol breakdown in dementia.

“To further extend these findings, we are now testing whether approved drugs for other diseases that may correct bile acid signaling abnormalities in the brain could be novel treatments for Alzheimer’s disease and related dementias,” said senior author Madhav Thambisetty, M.D., Ph.D., investigator and chief of the Unit of Clinical and Translational Neuroscience in the NIA’s Laboratory of Behavioral Neuroscience. “These analyses are being pursued in the Drug Repurposing for Effective Alzheimer’s Medicines (DREAM) study.”

About this metabolism and dementia research news

While Alzheimer disease (AD) and vascular dementia (VaD) may be accelerated by hypercholesterolemia, the mechanisms underlying this association are unclear. We tested whether dysregulation of cholesterol catabolism, through its conversion to primary bile acids (BAs), was associated with dementia pathogenesis.

We used a 3-step study design to examine the role of the primary BAs, cholic acid (CA), and chenodeoxycholic acid (CDCA) as well as their principal biosynthetic precursor, 7α-hydroxycholesterol (7α-OHC), in dementia. In Step 1, we tested whether serum markers of cholesterol catabolism were associated with brain amyloid accumulation, white matter lesions (WMLs), and brain atrophy. In Step 2, we tested whether exposure to bile acid sequestrants (BAS) was associated with risk of dementia. In Step 3, we examined plausible mechanisms underlying these findings by testing whether brain levels of primary BAs and gene expression of their principal receptors are altered in AD.

We combined targeted metabolomics in serum and amyloid positron emission tomography (PET) and MRI of the brain with pharmacoepidemiologic analysis to implicate dysregulation of cholesterol catabolism in dementia pathogenesis. We observed that lower serum BA concentration mainly in males is associated with neuroimaging markers of dementia, and pharmacological lowering of BA levels may be associated with higher risk of VaD in males. We hypothesize that dysregulation of BA signaling pathways in the brain may represent a plausible biologic mechanism underlying these results. Together, our observations suggest a novel mechanism relating abnormalities in cholesterol catabolism to risk of dementia.