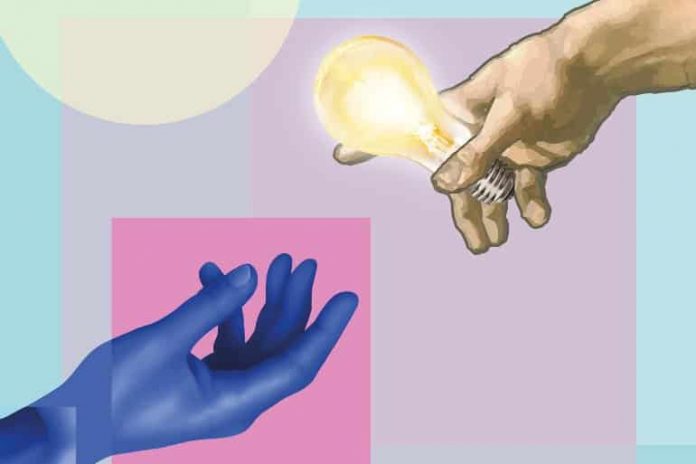 Where do you find inspiration? New research suggests that a good place to look is in an art museum. Scientists at the Max Planck Institute for Empirical Aesthetics in Frankfurt, Germany, have found that appealing visual art can increase moments of inspiration.

In a new article published in the journal Psychology of Aesthetics, Creativity, and the Arts, the authors report several experiments in which participants were asked to write short creative stories in response to different prompts.

People reported feeling more inspired when writing in response to an artwork that they found aesthetically appealing compared to one they did not find appealing, or to prompts of random words. They also wrote more.

Dominik Welke, the study’s lead author, thinks these results can tell us something about the psychology underlying creative thought. “We think that the mental state of ‘being moved’ by a painting can prime the state of ‘being inspired’ to create—possibly because these two states show some similarities, such as feelings of motivation and transcendence.”

The project’s senior author, Edward Vessel, suggests that their results show the promise of arts-based interactions in educational and professional settings.

“Increasing interactions with art and letting students choose to work with materials that they find aesthetically appealing might boost how often they have inspiring ideas.”

Moments of inspiration are an important part of the creative process, acting as bridges from generating ideas to acting on them. This research points a way to better understand such moments and to improve our own creativity.

About this art and creativity research news

In Experiment 1, 25 participants from the general public were asked to write 12 short creative vignettes (repeated measures) in response to either “aesthetic” prompts (visual artworks they had rated highly aesthetically moving in a preceding task) or “non-aesthetic” prompts (triads of unrelated words). People then rated how inspired they had felt during idea generation. Ratings of inspiration were significantly higher for aesthetic versus nonaesthetic prompts.

In Experiment 2, 34 participants performed the same task with prompts consisting of highly moving artworks, nonmoving artworks (rated in a preceding task), or novel artworks not seen in advance. While preexposure to the stimuli had no significant effect, felt inspiration was significantly higher for moving versus nonmoving prompts, and posttest aesthetic ratings of novel artworks were positively correlated with felt inspiration. Furthermore, inspiration ratings correlated positively with the amount of produced text.

Being aesthetically moved increases the likelihood of creative inspiration, a finding with implications both for the study of creative and aesthetic processes and also for the potential role of the arts in educational settings.

The most important amendments to the Mental Health Act in 2017

How Can Mental Health Research Become More Relevant to Those it is Meant to...