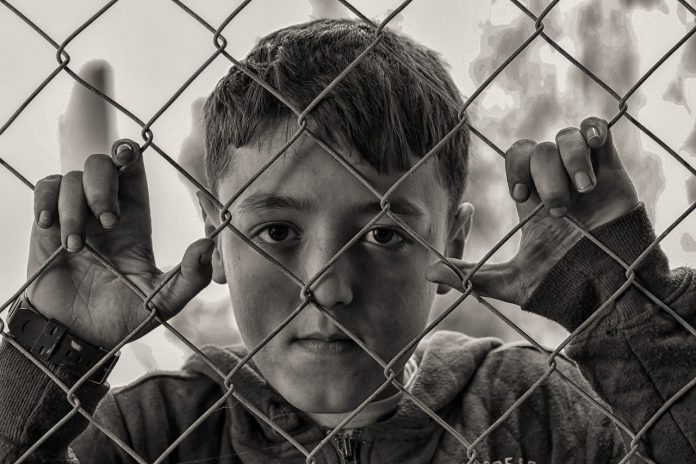 Summary: Functional connectivity was reduced within and between several brain networks in children raised in disadvantaged neighborhoods. Researchers say a positive home and school environment can mitigate some of the effects.

Many socioeconomically disadvantaged children face poor cognitive and mental health outcomes, and researchers are working to determine the specific factors that link childhood conditions to those poor outcomes, including how they might shape brain circuitry.

In a new study, researchers have examined how “neighborhood disadvantage” can affect the developing brain, including the brain’s connectivity between regions.

The study appears in Biological Psychiatry: Cognitive Neuroscience and Neuroimaging.

Previous studies have identified differences in some brain regions in disadvantaged children, but the current study used magnetic resonance imaging (MRI) to measure functional connectivity, or how well different regions of the brain are connected with one another, at rest.

Rather than considering a single measure of status such as household income, the new study classified children according to neighborhood disadvantage, which encompasses multiple risk factors such as pollution, crime and access to lower-quality education and healthcare.

Dr. Whittle said the purpose of the study was to “inform us of the mechanisms through which disadvantage impacts children’s development and functioning.” The team also wanted to investigate the role of factors such as positive home and school environments that may help reduce the harmful effects of disadvantage.

Analysis of the brain scans revealed that, in children with higher scores reflecting greater disadvantage, functional connectivity was reduced both between and within several brain networks.

“Our findings suggest that growing up in a disadvantaged neighborhood indeed impacts the brain. Importantly, however, findings suggest that providing children with better home and school environments where they feel supported, receive positive feedback, and have opportunities to engage in different activities, can offset some of the negative effects of neighborhood disadvantage on children’s brain development,” Ms. Rakesh said.

The findings have policy implications in the context of designing interventions and policies targeted at youth and families exposed to disadvantage; they suggest a need to shift attention from a sole focus on family-level factors to community-level research and policies.

Cameron Carter, MD, Editor of Biological Psychiatry: Cognitive Neuroscience and Neuroimaging, said of the study, “These remarkable results show that improvements in the home and school environments can mitigate against the otherwise deleterious effects of growing up in a disadvantaged setting, providing a powerful message for the importance of public policies that provide more support at home and at school.”

Neighborhood disadvantage has consistently been associated with mental health and cognitive function, in addition to alterations in brain function and connectivity. However, positive environmental influences may buffer these effects. The aim of the present study was to examine the association between neighborhood disadvantage and resting-state functional connectivity (rsFC), the moderating role of positive parenting and school environment, and relationships between disadvantage-associated rsFC patterns and mental health and cognition.

In this pre-registered study, we tested this hypothesis in a large sample of 7618 children (aged 9-10 years) from the Adolescent Brain Cognitive Development (ABCD) Study. Specifically, we analyzed the relationship between neighborhood disadvantage and system-level FC. We also tested whether positive family and school environmental factors, and sex, moderated effects. Finally, we investigated multivariate relationships between disadvantage-associated rsFC patterns and cognition and mental health.

Our findings shed light on potential mechanisms (i.e., alteration of neural circuitry) through which neighborhood disadvantage may affect youth cognition and mental wellbeing. This work highlights the importance of positive family and school environments in mitigating some of these effects.

Ho, ho, ho… it’s beginning to look a lot like (a Green) Christmas

Right up- left down » Department of Neurology » College of Medicine » University...