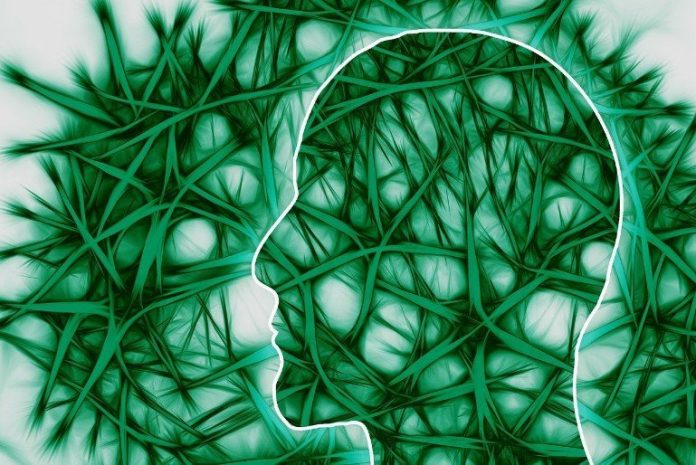 Alzheimer’s disease shares some key similarities with healthy aging, according to a new mathematical model described today in eLife.

The model provides unique insights into the multiscale biological alterations in the elderly and neurodegenerative brain, with important implications for identifying future treatment targets for Alzheimer’s disease.

“In both aging and disease research, most studies incorporate brain measurements at either micro or macroscopic scale, failing to detect the direct causal relationships between several biological factors at multiple spatial resolutions,” explains first author Quadri Adewale, a PhD candidate at the Department of Neurology and Neurosurgery, McGill University, Canada.

“We wanted to combine whole-brain gene activity measurements with clinical scan data in a comprehensive and personalised model, which we then validated in healthy aging and Alzheimer’s disease.”

The study involved 460 people who had at least four different types of brain scan at four different time points as part of the Alzheimer’s Disease Neuroimaging Initiative cohort. Among the 460 participants, 151 were clinically identified as asymptomatic or healthy control (HC), 161 with early mild cognitive impairment (EMCI), 113 with late mild cognitive impairment (LMCI) and 35 with probable Alzheimer’s disease (AD).

Data from these multimodal scans was combined with data on gene activity from the Allen Human Brain Atlas, which provides detail on whole-brain gene expression for 20,267 genes. The brain was then split into 138 different gray matter regions for the purposes of combining the gene data with the structural and functional data from the scans.

The team then explored causal relationships between the spatial genetic patterns and information from their scans, and cross-referenced this to age-related changes in cognitive function.

They found that the ability of the model to predict the extent of decline in cognitive function was highest for Alzheimer’s disease, followed in order by the less pronounced decline in cognition (LCMI, ECMI) and finally the healthy controls.

This shows that the model can reproduce the individual multifactorial changes in the brain’s accumulation of toxic proteins, neuronal function and tissue structure seen over time in the clinical scans.

Next, the team used the model to look for genes that cause cognitive decline over time during the normal process of healthy aging, using a subset of healthy control participants who remained clinically stable for nearly eight years. Cognitive changes included memory and executive functions such as flexible thinking.

They found eight genes which contributed to the imaging dynamics seen in the scans and corresponded with cognitive changes in healthy individuals. Of note, the genes that changed in healthy aging are also known to affect two important proteins in the development of Alzheimer’s disease, called tau and amyloid beta.

Finally, they studied the functions of the 111 genes identified, and found that they belonged to 65 different biological processes – with most of them commonly linked to neurodegeneration and cognitive decline.

“Our study provides unprecedented insight into the multiscale interactions among aging and Alzheimer’s disease-associated biological factors and the possible mechanistic roles of the identified genes,” concludes senior author Yasser Iturria-Medina, Assistant Professor at the Department of Neurology and Neurosurgery at McGill University.

“We’ve shown that Alzheimer’s disease and healthy aging share complex biological mechanisms, even though Alzheimer’s disease is a separate entity with considerably more altered molecular and macroscopic pathways. This personalised model offers novel insights into the multiscale alterations in the elderly brain, with important implications for identifying targets for future treatments for Alzheimer’s disease progression.”

About this brain aging research news

Both healthy aging and Alzheimer’s disease (AD) are characterized by concurrent alterations in several biological factors. However, generative brain models of aging and AD are limited in incorporating the measures of these biological factors at different spatial resolutions.

The results also revealed that AD and healthy aging share specific biological mechanisms, even though AD is a separate entity with considerably more altered pathways.