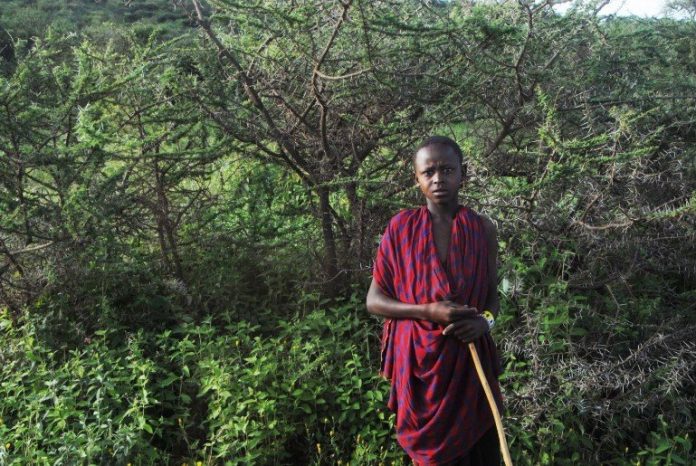 Summary: Cultural, linguistic, and biological diversity are linked, researchers say. The link may be to preserve both natural environments and indigenous populations.

Cultural diversity — indicated by linguistic diversity — and biodiversity are linked, and their connection may be another way to preserve both natural environments and Indigenous populations in Africa and perhaps worldwide, according to an international team of researchers.

“The punchline is, that if you are interested in conserving biological diversity, excluding the Indigenous people who likely helped create that diversity in the first place may be a really bad idea,” said Larry Gorenflo, professor of landscape architecture, geography and African studies, Penn State.

“Humans are part of ecosystems and I hope this study will usher in a more committed effort to engage Indigenous people in conserving localities containing key biodiversity.”

This paper was placed online as an unedited manuscript in January 2021 ahead of final online publication in April 2021 in Conservation Biology.

“The Namib Sand Sea desert in Namibia is a pretty dry area,” said Gorenflo. “Kind of desolate, with wonderful sand dunes and natural features, but so harsh that there is no one living there as far as I know.”

But in all the other Natural World Heritage Sites in continental Africa and on nearby islands, Indigenous people not only live, but, to some extent, manage the environment in which they live and have been doing so for a long time.

“The big message is basically that there is increasing evidence that cultural diversity and biodiversity are interrelated, and we found this at a fairly fine geographic scale,” said Gorenflo. “If this is the case, then it makes a strong argument for Indigenous people to be part of ecosystem management in sites where they live.

“In terms of management approach, when there is more than one linguistic group associated with a specific site, the strategy probably should be to let the people associated with individual areas deal with those areas,” he said.

In addition to finding that speakers of Indigenous languages often live in high-profile UNESCO sites, the researchers also found that the number of languages in these localities correlated with the number of species whose ranges of occurrence include these sites.

For their language data, the team used Ethnologue, a linguistic database originally established to translate the bible and the only global dataset for languages with detailed geographic information.

“The database is certainly not totally correct,” said Gorenflo. “But it does show major patterns.”

For the species data, the researchers used the International Union for Conservation of Nature’s Red List of Endangered Species which includes species range data. They looked at amphibians, mammals, reptiles and a collection of freshwater species. They also used data from Birdlife International and “Handbook of the Birds of the World” for bird species.

“What we found numerically is that within UNESCO World Heritage Sites, if you plot language numbers against species range numbers, you find that there is a positive relationship,” said Gorenflo. “It may be because more natural complexity generates more cultural complexity, though we do not know for sure.”

Study results revealed that in the UNESCO sties in Africa, Indigenous languages overlapped with the ranges of more than 8,200 species in the groups considered.

Gorenflo suggests that there might be a reduction in biodiversity in these globally important African sites if Indigenous groups are displaced or somehow have their influence on managing these localities marginalized.

“Our ultimate goal is to try to look at a few places and figure out how we might redesign and reconsider management strategies and get Indigenous people more involved in shared governance.”

Focusing on these high-profile UNESCO sites provides a basis for engaging Indigenous people in governance that hopefully will extend to less noteworthy places in Africa and beyond, according to Gorenflo.

He hopes to examine specific areas to increase their understanding of the relationship between biological and linguistic diversity, focusing first on the Eastern Arc Mountains of Tanzania where much of the linguistic and biological diversity occur in this nation.

Results indicated that 147 languages shared at least part of their geographic extent with Natural WHSs. Instances of co‐occurrence where a WHS, a language, or both were endangered marked localities particularly deserving conservation attention.

Considering only endangered species or endangered languages and species reduced that correlation, although considerable co‐occurrence persisted. Shared governance of government‐designated reserves is applicable for natural WHSs because it capitalizes on the apparent connection between culture and nature.

The Radicalization of a White Psychiatrist