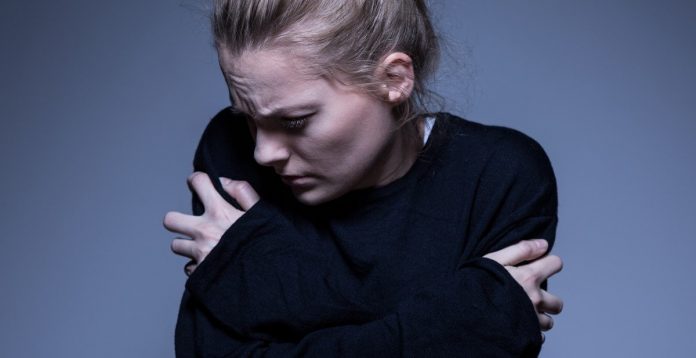 One thing has remained true for me as I’ve reflected on my journey into and out of the psychiatric system. My society—the education system, culture, economy and government that I existed within as a young woman—relied on me to internalize blame for all the ways it had failed me. The unfortunate, and often dangerous, “safety” net for the emotional repercussions of this toxic arrangement was psychiatry. It was psychiatry that then dug deep to nurture this seed of self-blame by planting the identity of the “mental patient.”

Capitalism, psychiatry, and all its tendrils in my world seemed to have run on the fuel of my own self-hatred—my own belief that breaking down under the pressure of this was my fault. Now, I clearly understand that society’s gears are greased with the oil of our collective shame for things we did not cause, and in fact, are victims of—the continuation of things like sexism, racism, homophobia, and classism all depend on the victims themselves believing they are at fault for their consequences. This shame robs us of our power to demand change.

Self-love, therefore, became for me a radical and revolutionary act of activism against this system. At its foundation was the rejection of “disease” as a label to define the uniqueness of my mind.

Recently, I was asked a question that put into relief this corrupted relationship between some individuals and modern society. “How do you reconcile your belief that most diagnosed ‘mental illnesses’ are not a disease, but then say that Soteria houses are an important way to reform care?” Although my answer was hard to articulate at the time, I understood the implication here was the underlying question: How can people need care and not be clinically ill?

I admit, I resented this question for a time as I chewed on the intention and cultural assumptions behind it. First, it occurred to me that needing care within a Western society is so stigmatized that one cannot seek it without the label of disease, disorder, or deformity—without being labeled abnormal. This realization is tragic to me, especially in the context of emotional suffering. It poked at my psychiatric survivor wound, as such an assumption was behind much unnecessary suffering in my life.

As this question settled over a few days, I started to think back on a story I once heard from the writer Michael Meade about a tribal community in Zambia that lives by the idea that in order to heal the individual, the whole community must be healed. No one’s distress exists in a vacuum, isolated, disconnected from the whole—or just within an individual’s “broken brain.” This tribe understood that we all exist in relationship to each other continuously, and when this relationship becomes unbalanced in any way—perhaps as ours has, based on emotional blackmail, gaslighting, heartless productivity, and othering—they do not isolate and blame the one who manifests that pain; rather, it is a collective pain, healed through collective ritual.

The disintegration of this core belief over the development of modern society reveals a wound that desperately needs tending. The proliferation of the idea that seeking care is always equated with illness is perhaps the blade that caused it.

This tribal belief of community and individual healing manifests in Zambia in a ritual around a tooth, an ancestor’s tooth. Even here, in the below quoted text, Meade casually uses the word “sickness” to refer to the emotionally distressed—even when talking of natural emotions like jealousy or rage. I balk at this, of course, but I am curious if, in the case of emotional suffering, the Zambian tribe themselves would have used this word. My hunch is that it is Meade himself, existing within the exact framework in the West I speak of here, who felt the need to use the word.

Meade says of the ritual:

“When someone in the village is sick or disturbed, they imagine it is caused by an ancestor’s tooth that has gotten inside that person. That person’s sickness affects everybody in the village because they are connected with one another. So they make a ritual to get this tooth, this sickness, out of the person.

“But the tooth won’t come out unless the truth comes out. And the sickness includes all of the hatreds and conflicts felt by everybody in the village. The sick person has to express what’s really troubling him or her, and it’s usually not very noble. It’s jealousy or rage or another of those darker human passions. But the tooth won’t come out of the sick person until all of the troubled feelings come out of everybody else in the village. The release happens only when everything comes out, in the midst of dancing and singing and drumming. The whole village gets cleansed by the release of the tooth through the release of these difficult truths.”

In this ritual, everyone understands their relationship to one another’s distress, and the means of resolving the distress is built around this wisdom. There is an effort to overcome the shame of it, too, which is the foundation of healing, through dancing, singing, and drumming, and each member of that community expressing their truth.

How is it that our culture has evolved so far from this understanding? That individual healing is community healing and vice versa? That the truth heals, and no hierarchy of power protects you from your responsibility to it? How have we come to a place where one cannot seek out community care without being ostracized, stigmatized, and pathologized, as I and so many others were and continue to be?

Is our society structured so firmly around othering people who do not perform or conform—even in the midst of great grief and pain—that seeking help becomes an argument against their abilities to contribute instead of an opportunity to reflect as a whole about how the systems of support have failed that person?

This is a deeply embedded idea. One that wrenches us from each other, from caring for one another simply because we understand that society is an organism, an ecosystem, fragile and dependent on each node existing in harmony with the whole. We are all surviving as a community within the constraints of the nature of human existence itself—which includes seeking care at different times in our lives. Stigmatizing and pathologizing this fact removes us not only from the self-love we need to thrive, but from accountability to our own contributions to other people’s suffering.

Underlying it all is this groundlessness where togetherness and community should exist. Where connection should allow for care without stigma, we instead throw our fellow community members into a medical system that requires a diagnosis of chronic illness, a system often outside of, and naive of, our community’s needs. We allow our fellow community members to be passed through a kind of algorithm that is cold and detached from their humanity. Creating anonymity where there should be knowledge of one another.

I have a hard time understanding how we have allowed this to happen. Allowed a question like this to exist in our minds: If you ask for care, how are you not sick? Compassion is the basis of care, and care is a system of support on every level of our existence as humans, in families, friendships, and within ourselves. Seeking it should not stigmatize and ostracize us, it should enmesh us further within the human family.

The wisdom, like that of the Zambian tribe Meade speaks of, that I’ve seen alive in queer communities and the psychiatric survivor ecosystem, must permeate the boundaries of our hurried, profit-driven, productivity- and conformity-preoccupied society and become the foundation of our future.

It seems that, as a whole, our society’s foundations and motivations around caring for one another remain corrupt, and values such as tending the relationship between self and society/community have been swept from beneath us. And on this groundlessness we have built houses of suffering and blame. The problem I see is the scope of the damage. How can we possibly create enough change, space, and justice to heal?

The answer, for me, comes from my struggle with trauma and the psychiatric system and is: In any way we can, big or small, as long as we are trying. It’s not always a grand effort—it’s accountability in your closest friendships, it’s a radical self-love, it’s telling your truths to power. It’s every way you manifest the understanding, day to day, that you are connected, that we all are connected to one another—and in considering this your biggest, most profound responsibility in life.

It is how deeply you know that we are living on and within a living organism that we must protect and care for by correcting imbalances in power and waste, in the voiced and the voiceless, and most of all in how we care for one another.