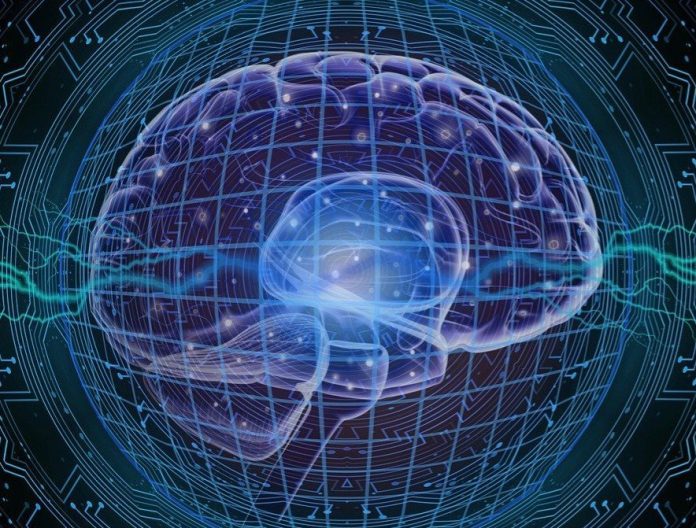 Summary: A new method, dubbed DREADDs, relies on gene therapy techniques to alter genes in target cells to change the cell’s behavior. The method reduced anxious behaviors in monkey models of schizophrenia when combined with clozapine. Researchers say the method has the potential for use in humans to help reduce anxiety.

Using a technique that could point to a new way to help people with severe anxiety and other treatment-resistant psychiatric illnesses, researchers at the University of Wisconsin–Madison successfully dialed down anxious monkeys’ overactive response to a potential threat by installing a custom chemical switch in their brain cells.

About 30 percent of people with anxiety and mood disorders do not find sufficient relief in available treatments like medications and psychotherapy, leaving many to live with severe and chronic symptoms of anxiety and depression, and a significant risk of suicide.

Some of them are helped by more invasive treatment options including deep brain stimulation, in which small electrodes are implanted deep into the brain.

“Treatments such as DBS are not commonly used, but when used in some cases can be very helpful,” says Ned Kalin, chair of the psychiatry department at UW–Madison and a longtime clinician and anxiety researcher.

“That some patients, along with their treating physicians, make the decision to undergo such procedures as the implantation of electrodes into the brain illustrates their high level of suffering and how seriously ill they are.”

In a study published recently in the journal Molecular Therapy, Kalin and colleagues described a new method that could alter the function of specific cells in brain circuits implicated in anxiety and other types of psychiatric disorders, and lead to new, less invasive treatments.

In this case, the idea is to coax brain cells called neurons to produce a unique version of a protein called a receptor on the cell membrane. Cell membrane receptors receive chemical signals that regulate the cell’s function and affect how cells communicate with one another.

Unlike other receptors in the brain that respond to naturally occurring chemical signals, the DREADDs respond only to a chemical not naturally present — the “designer” drug matched to the designer receptor — that can activate the receptor with little or no other effect in the body.

“That could be a drug you could inject or even take orally,” says Patrick Roseboom, a senior scientist in Kalin’s lab and a lead author of the new study. “When such a drug interacts with DREADDs you have the possibility of ‘fine-tuning’ the function of the brain cell that is now expressing this receptor.”

In the new study, Kalin’s group used a low dose of clozapine, a drug that in higher doses is approved for the treatment of symptoms associated with schizophrenia, to activate DREADDs in cells in a part of the brain called the amygdala.

“When these DREADDs are activated, it leads to inhibition of the neurons that express them,” says Sascha Mueller, a graduate student in Kalin’s lab and the study’s other lead author.

“If over-activity of neurons in the amygdala plays a part in anxiety, as we and others have hypothesized, our approach using DREADDs should reduce the pathologically high level of activity.”

The researchers injected a virus that cannot make copies of itself, but which carried the gene for the DREADDs, into the amygdalae of five monkeys that had shown especially high anxiety levels.

The monkeys were tested in a mildly stressful situation similar to methods used to assess anxiety levels in children. Each monkey was exposed to an unfamiliar human who stood still near the monkey, presenting themselves in profile and avoiding eye contact, which adds to the uncertainty of the situation for the monkey. Uncertainty is particularly difficult for individuals struggling with anxiety.

“There is a wide range of responses in both children and young monkeys, with some individuals being highly responsive and exhibiting anxiety-related behaviors, whereas other individuals appear to be relatively unaffected,” says Kalin.

In both young monkeys and young children, researchers assess anxiety by observing behavior and levels of stress hormones. The most anxious individuals freeze — becoming quiet and very still — in the presence of an unfamiliar person.

After demonstrating the reduction in anxiety-related behaviors, the monkeys underwent a positron emission tomography (PET) scan that used radioactive tracers and brain imaging to verify the presence of DREADDs in the amygdala.

Kalin’s work in both nonhuman primates and children is focused on understanding why some individuals develop pathological anxiety early in life.

The ultimate goal of this work, which has been supported by the National Institute of Mental Health for 35 years, is to develop new treatments for anxiety and other forms of stress-related disorders.

The new findings in nonhuman primates represent a proof-of-concept that gene therapy and methods such as DREADDs could eventually be used in humans to treat severe and treatment-resistant psychiatric illnesses.

“We think that because of the similarities in brain structure and function between nonhuman primates and humans that these studies may provide a new avenue for future treatment development in humans,” Kalin says.

“While there is a considerable amount of work that needs to be done, and it will take time, these findings hold potential for individuals that chronically suffer from severe anxiety and possibly other psychiatric disorders.”

As a proof-of-concept for treating neuropsychiatric disorders, we used a NHP model of pathological anxiety to investigate the feasibility of decreasing anxiety by chemogenetically (DREADDs [designer receptors exclusively activated by designer drugs]) reducing amygdala neuronal activity.

Intraoperative MRI surgery was used to infect dorsal amygdala neurons with AAV5-hSyn-HA-hM4Di in young rhesus monkeys. In vivo microPET studies with [11C]-deschloroclozapine and postmortem autoradiography with [3H]-clozapine demonstrated selective hM4Di binding in the amygdala, and neuronal expression of hM4Di was confirmed with immunohistochemistry.

Additionally, because of its high affinity for DREADDs, and its approved use in humans, we developed an individualized, low-dose clozapine administration strategy to induce DREADD-mediated amygdala inhibition. Compared to controls, clozapine selectively decreased anxiety-related freezing behavior in the human intruder paradigm in hM4Di-expressing monkeys, while coo vocalizations and locomotion were unaffected.

These results are an important step in establishing chemogenetic strategies for patients with refractory neuropsychiatric disorders in which amygdala alterations are central to disease pathophysiology.