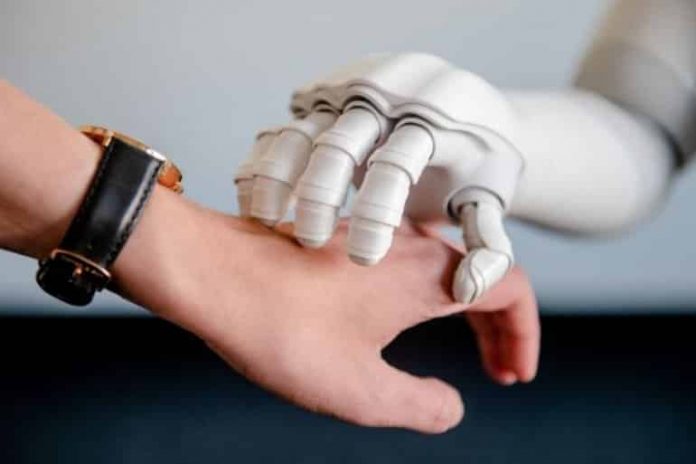 Summary: People who were touched by conversational humanoid robots report positive emotional states and were more likely to comply with requests made by the robot.

A small study found that people who were touched by a humanoid robot while conversing with it subsequently reported a better emotional state and were more likely to comply with a request from the robot.

Laura Hoffmann of Ruhr University Bochum, Germany, and Nicole C. Krämer of the University of Duisburg-Essen, Germany, present these findings in the open-access journal PLOS ONE on May 5, 2021.

Interpersonal touch between humans is known to have positive effects, such as reduced stress or improved immune-system function. Researchers have begun to explore the effects of physical contact with robots, with some studies detecting meaningful effects and others finding none. Thus, additional research is needed to systematically investigate the effects of robot touch.

In the new study, Hoffman and Krämer recruited 48 students to engage in a school counseling conversation with a humanoid robot (Softbank Robotics’ NAO). In the course of the conversation, for some participants, the robot briefly and seemingly spontaneously patted the back of the participant’s hand. This differed from the design of other studies, which have relied on human-initiated touch.

In response to the robot’s touch, most participants smiled and laughed, and none pulled away. Those who were touched were more likely than those not touched to go along with the robot urging that they show interest in a particular academic course discussed during the conversation.

The researchers conclude that robot-initiated touch during conversation can have a positive effect on people’s experiences. In addition, the impact on request compliance could be harnessed to use robots for motivational purposes, such as to persuade people to exercise.

Still, the authors caution, human-robot interactions–especially those involving humanoid robots–are complex, and much remains to be learned about the differences between human and robot touch.

The authors add: “A robot’s non-functional touch matters to humans. Slightly tapping human participants’ hands during a conversation resulted in better feelings and more compliance to the request of a humanoid robot.”

Funding: We acknowledge support by the Open Access Fund of the Ruhr University Bochum.

The persuasive power of robot touch. Behavioral and evaluative consequences of non-functional touch from a robot