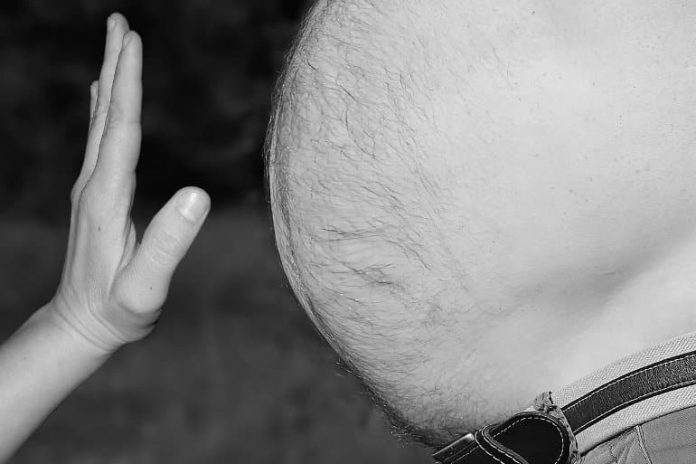 A new study from scientists at The Irish Longitudinal Study on Ageing (TILDA) at Trinity College Dublin reveals important findings, indicating that being overweight or obese significantly reduces blood flow in the brain. The study also shows that increased physical activity can positively modify, or even negate, this reduction in brain blood flow.

The study contains relevant information which is of great interest to the general public; since reduced blood flow in the brain, or ‘cerebral hypoperfusion’, is an early mechanism in vascular dementia and Alzheimer’s disease.

According to the World Health Organization (WHO), obesity is a worsening health crisis that has reached epidemic proportions globally, with over 1 billion adults overweight – and at least 300 million clinically obese.

It continues to be a major contributor to global rates of chronic disease and disability, affecting overall quality of life, while placing increased strain on the immune system which is of the upmost importance given the current COVID-19 situation.

Obesity is also a significant public health concern given its negative impact on physiological function, especially as we age.

Finding easily implemented and cost-effective ways to tackle the impact of obesity is particularly important to help protect against negative health outcomes in later life.

What are the findings of the TILDA study?

The study recommends at least 1.5 to 2 hours of ‘being active’ throughout the day, engaging in activities that require moderate effort. These include activities that cause one to breathe harder than normal, such as fast walking or cycling. However, any increase in physical activity, particularly if integrated into daily or weekly habits, such as gardening, should help maintain and potentially improve brain blood flow.

“Consistent, healthy blood supply to the brain is critical, as it ensures that the brain is provided with enough oxygen and nutrients to function correctly. If brain blood flow becomes impaired, it can lead to serious health issues as we age, such as increasing the risk of dementia and Alzheimer’s disease.

“We know that obesity can predispose a person to age-related conditions, illness, and disease, and even reduce life expectancy by up to 6 years in men and 7 years in women, after the age of forty. Our study reveals clear associations between obesity and reduced blood supply to the brain in an older population.

“The study also shows the importance of being physically active for older overweight or obese individuals, as this may help to protect against reduced brain blood flow and the poor health outcomes that can arise from this.”

“Many experts have shown that obesity and aging have very similar effects on the biology of aging; diseases associated with obesity are similar to those of aging and age-related diseases- heart disease, diabetes, high blood pressure, kidney failure, arthritis, susceptibility to infections- including Covid-19.

“Our study not only shows that there is a link between obesity and reduced brain blood flow, but also that it is possible to protect against the negative consequences of obesity through regular physical exercise. Whereas these findings are of relevance in the global context, because of the rapidly evolving global burden of obesity, the research is especially important to Irish adults because obesity and being overweight is a considerable health issue in Ireland.

“Previous TILDA research has shown that over one-third of Irish adults aged 50 and older are obese and a further 43% overweight. As we prepare our society for a growing ageing population, we can use this evidence to prepare meaningful public health policies that will promote impactful and positive lifestyle habits, such as regular physical activity, to mitigate against some of the negative consequences of the growing obesity crisis.”

About this obesity and neuroscience research news

Whole-brain CBFGM was quantified using arterial spin labeling MRI. Results from multivariable regression analysis revealed that an increase in BMI of 0.43 kg/m2, WHR of 0.01, or WC of 1.3 cm were associated with the same reduction in CBFGM as 1 year of advancing age. Participants overweight by BMI or with high WHR/WC reporting low/moderate PA had up to 3 ml/100g/min lower CBFGM (P ≤ .011); there was no significant reduction for those reporting high PA.

Since PA could potentially moderate obesity/CBF associations, this may be a cost-effective and relatively easy way to help mitigate the negative impact of obesity in an older population, such as cerebral hypoperfusion, which is an early mechanism in vascular dementia and Alzheimer’s disease.