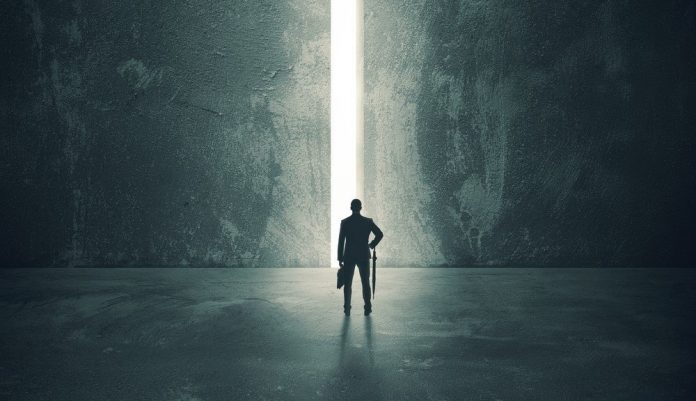 Since 2004, I have been following New York Times writer Benedict Carey and his coverage of mental health issues. A few weeks ago, in his farewell column to us readers, he summed up his coverage of the “behavior beat” with a challenge: “How can the fields of behavior and brain science begin to turn the corner and become relevant in people’s lives?”

He was referring to the trends that we health care workers, consumers, and their families have all witnessed: That despite of our efforts, indicators of mental health such as rates of anxiety, depression, suicide, and use of psychotropic medications are on the rise.

I have some thoughts. I am on the front lines. As a psychiatrist, my bread-and-butter is the kind of private practice in which my patient’s concerns become my own and it is those concerns that drive our work together, my teaching, and my research. My published work on new and innovative treatments for mental health include the drug prazosin for post-traumatic stress disorder and guanfacine for certain learning disabilities. Our treatment team has begun using the Open Dialogue approach for addressing the needs of those in immediate crisis along with those with more chronic challenges.

All these treatments are just now being recognized by healthcare workers and the general public. What some of us are doing and how we are doing it can, I hope, provide some insights as to how we can mend our hobbled mental health care system.

First, Mr. Carey suggests that “Prominent scientists who recognize the urgency will have to speak more candidly about how money, both public and private, can warp research priorities.” A few years ago, I was looking for an alternative to stimulants for Attention Deficit Hyperactivity Disorder (ADHD) after several of my patients expressed worry about the stimulant’s habit-forming potential. From a clinic in Tacoma, Washington, I conducted a small, proof-of-concept double-blind placebo-controlled study on the use of the wake-promoting drug modafinil (Provigil) for ADHD. I submitted our results to a peer-reviewed medical journal and awaited their response, which usually takes a few months. I contacted the makers of modafinil, a drug company called Cephalon. They flew me out to Philadelphia to meet with their R&D team and discuss the results and prospects for future studies.

A few days later, I received a call from the CEO of the company, the late Dr. Frank Baldino, congratulating me and saying he would issue a press release of my results. I thanked him but told him I would wait until the paper was accepted by the journal explaining that I wanted other experts to look over my results and make sure they were valid. Over the ensuing months he called me weekly until he finally said he would issue the press release with or without my permission. I was furious. I told him that it was my study, that there was no funding from Cephalon, and that if a press release was issued, I would bury the study.

Baldino countered saying that other research teams had let such early press releases go through and asked if I would like funding for my future studies. “My decision is non-negotiable,” I said. He talked of his duty to his stockholders. I talked of contacting the Security Exchange Commission which is when Baldino hung up on me. I sent Cephalon a registered letter of my intentions and forwarded a copy to their legal department.

Several months later, the press release did come out—after my study was accepted for publication. I know my colleagues are holding stories like this one, but they have sworn me to secrecy. When we speak out about such things, we risk our careers, our reputations, and our opportunities for more research funding. This is often because third parties like big pharma often control the institutions in which we work.

Secondly, Mr. Carey suggests the following: “And funders, for their part, will have to listen, perhaps supporting more small teams working to build the psychological equivalent of a life preserver: treatments and supports and innovations that could be implemented in the near future.”

As a newly minted psychiatrist in the nineties, I was touched by how profoundly many of my patients suffered, not just by the illnesses themselves but by the side effects caused by their medications. I was seeing a lot of people with Post Traumatic Stress Disorder (PTSD). “Dr, T, is it possible that my antidepressant could make my nightmares worse?” a tearful patient once asked me. “I’m afraid so,” I replied. The look of dismay and resignation on her face is one I will never forget. This was a woman who had barely escaped from the falling towers of 9/11. She had persistent nightmares and was unable to go near tall buildings or enter stairwells.

I combed the medical literature for alternative treatments, but nothing provided her any relief. I began searching neuroscience literature, hunting for clues, any compounds that might be of use for her condition. I focused on basic research of the learning pathways of the brain and the neurotransmitters involved including the seminal work of Dr. Patricia Goldman-Rakic and Dr. Eric Kandel. I found two compounds that interested me and cold-called labs doing drug trials on how animals learn under stressful conditions. I was surprised when researchers were eager to talk with me. After all, I was in private practice, was only doing small proof-of-concept studies on my own dime, and not affiliated with a university or big pharma. “How did you find me?” they often asked.

Among those I called was Dr. Amy Arnsten, a neuroscientist at the Yale School of Medicine, to ask about the effects of the drug prazosin and how it had helped animals find their way through a maze while under stressful conditions. She was elated to learn that prazosin was already in use for urinary hesitancy in men. We began an enthusiastic collaboration and were soon joined by Dr. Murray Raskind and Dr. Elaine Peskind of the University of Washington. Now prazosin is used nationwide for PTSD flashbacks and nightmares.

And the 9/11 survivor? She was among my study participants and her nightmares soon disappeared and she was able to work through her trauma and resume work in her twenty-fourth-floor office.

A similar story unfolded regarding my research on the use of guanfacine for ADHD which is now available in a long-acting form for the condition.

These new treatments are Carey’s “Psychological equivalent of a life preserver,” and were developed by a “small team of investigators” working across disciplinary lines on a shoestring budget away from the long shadow of obligations to large academic institutions or big pharma. We can’t be the only ones doing this kind of work. Imagine if grant money could be made available to other small teams of like-minded investigators motivated by their curiosity, the love for their work, and the compassion for the people they serve?

These days, I am a member of another group of investigators who have gathered to explore the viability of what is called the Open Dialogue approach to caring for people who are struggling. The approach involves providing network meetings for people in crisis along with their invitees: family, friends, community, peers, and professionals. Unlike a fragmented approach to mental health care, this core group supports the person throughout their journey for as long as needed.

In the area of northern Finland where the approach originated, several long-term studies point to its success: shorter/fewer hospitalizations, less medication, and higher rates of returning to work/school. A recent article in the Financial Times by acclaimed writer Horatio Clare opines that the Open Dialogue approach has value in cutting healthcare costs while providing cohesive compassionate care for our underserved populations.

We already have the beginnings of what is needed to make Benedict Carey’s vision for the future of mental health care attainable.  There are like-minded people out there, professionals and experiencers, who are willing to do the heavy lifting to make it happen. Let’s begin now.

Thinking and Memory, Parkinson’s and a Pandemic » Department of Neurology » College of...