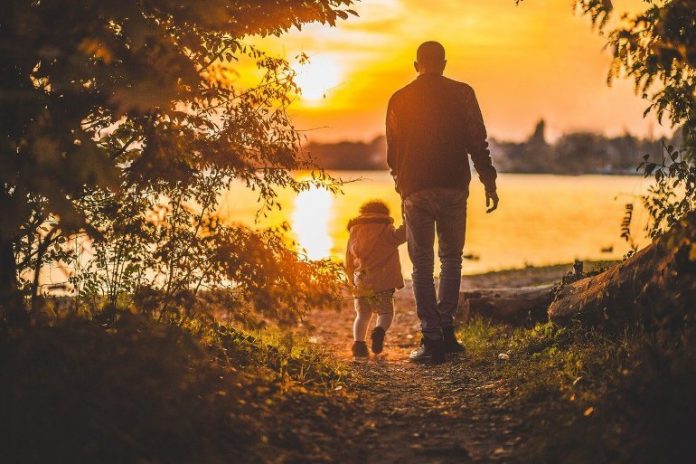 Summary: Some traditional masculine stereotypes, such as being adventurous and competitive, were linked to being better fathers to infant children. This is especially true if men also adopt a nurturing role. However, one trait, hostile sexism, was not linked to improvements in parenting skills.

In some men, having traditional masculine characteristics such as competitiveness and adventurousness was linked to being better fathers to infants, a new study found.

But the men in this study—highly educated and from dual-earner couples—combined those stereotypically masculine traits with the belief that they should be nurturing, highly involved fathers.

It suggests that some men are looking for new ways to be fathers, Schoppe-Sullivan said.

“These men are combining traditional aspects of masculinity with new nurturing ideals to create new fathering identities. They may be in the midst of transforming fatherhood.”

The study was published this week in the journal Psychology of Men and Masculinities.

But a negative masculine attitude that the researchers also measured in this study—hostile sexism—was not linked to positive parenting. In addition, the quality of fathers’ parenting of their infants was unrelated to the belief that men should be primary economic providers in the family.

The men in the study were participating in the New Parents Project, a long-term study led by Schoppe-Sullivan that is investigating how dual-earner couples adjust to becoming parents for the first time.

In the third trimester of their partners’ pregnancy, the expectant fathers completed a variety of questionnaires. They were asked to rate themselves on a four-point scale (not at all like me to very much like me) on the seven stereotypically masculine characteristics.

Hostile sexism was rated by asking male participants how much they agreed with 11 statements like “Feminists are making unreasonable demands of men.” Participants were also asked whether men or women should provide the majority of income for the family.

Their nurturing father role beliefs were measured by asking men to rate how much they agreed with nine statements like “Men should share with child care such as bathing, feeding and dressing the child.”

Nine months after the child was born, the researchers watched the fathers interact with their infants by themselves and with the mother. The researchers rated the fathers on their positive parenting behavior and on how well they co-parented together with mothers.

Results showed, as the researchers had predicted, that men who believed they should have a nurturing father role had higher-quality interactions with their child and were better at co-parenting with their partner.

But the researchers were surprised to find that the more men said they fit the stereotypical definition of “real men,” the more they were also rated as showing good parenting behavior.

“The fathers who see themselves as competitive and adventurous and the other masculine traits tended to be really engaged with their kids. They were not checked out,” Schoppe-Sullivan said.

It may be that men who used these traditionally masculine characteristics to succeed in their careers are trying to find ways to apply them to their jobs as parents.

“These dads may be saying that being a father is an important job, too, and I’m going to use the same traits that help me succeed at work to make me a successful father,” she said.

Schoppe-Sullivan emphasized that the fathers in this sample were highly educated and had partners who also worked. The findings here may not apply to all fathers.

But the results are encouraging, she said.

“If fathers can preserve the best of these stereotypically masculine characteristics, without the negatives like hostile sexism, that would be good for families.”

About this parenting research news

We investigated whether dual-earner fathers’ adherence to traditional masculine norms, father nurturing role beliefs, and maternal gate closing behavior predicted the quality of new fathers’ observed parenting and coparenting behavior. Data were drawn from a longitudinal study of the transition to parenthood among 182 dual-earner different-sex couples.

These results highlight the complexity of relations of traditional masculinity, father role beliefs, and maternal gate closing with the quality of new fathers’ behaviors with children and partners in dual-earner families.

The best drugs for depression and memory

May is National Stroke Awareness Month