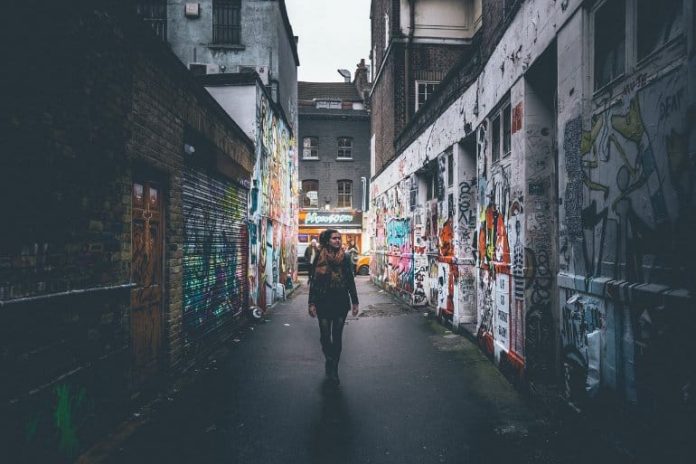 Summary: Gene activity in immune cells is altered as a result of chronic stress for women who live in areas high in violence and poverty.

The chronic stress of living in neighborhoods with high rates of violence and poverty alters gene activity in immune cells, according to a new study of low-income single Black mothers on the South Side of Chicago.

The changes in stress-related gene expression reflect the body’s “hunker down” response to long-term threat, a physiological strategy for lying low and considering new actions rather than launching an immediate “fight-or-flight” response.

“The question we asked is, how does stress get under the skin to affect health and wellness? We wanted to hear the stories of low-income single Black mothers on the South Side of Chicago and really try to understand what it’s like to live in neighborhoods with high levels of violence and how it affects these women,” said study leader Ruby Mendenhall, an Illinois professor of African American studies and of sociology, and the assistant dean for diversity and democratization of health innovation at the Carle Illinois College of Medicine.

From the women’s accounts and surveys, as well as from police records of violent crime, the researchers measured levels of stress related to racism, poverty and neighborhood violence.

Then, the researchers studied how genes related to stress and immunity were expressed in white blood cells, called leukocytes, found in the participants’ blood samples.

“Leukocytes are part of the immune system. They become activated to help fight disease and infection, and also respond to certain stress hormones, and that means their genes are good indicators for the effects of stress on health and well-being,” said study co-author Gene Robinson, an entomology professor and the director of the Carl R. Woese Institute for Genomic Biology and interim dean of the College of Liberal Arts and Sciences at the U. of I.

When looking at genes associated with a flight-or-flight stress pathway, the researchers saw no significant differences between participants who perceived their neighborhoods as dangerous and those who did not.

However, they found that women who reported greater neighborhood danger showed significantly greater activity of genes regulated by the glucocorticoid receptor – a stress-response pathway that previously has been documented in animals’ hunker-down response to persistent, overwhelming threat, said study co-author Steve Cole, a professor at UCLA.

“These hunker-down responses are the body’s strategy for conserving resources and persevering in the face of overwhelming adversity,” Cole said. “Instead of preparing to fight or flee, the body bides its time and preserves itself for better days in the future. But it’s important to get to that better future, or the hunkered-down body may not do the ongoing maintenance work needed for optimal health.”

The distinction between the two stress pathways is important for planning health interventions and improving health outcomes, said study co-author Clare Rittschof, a professor at the University of Kentucky and former postdoctoral researcher in Robinson’s group.

“Increased glucocorticoid activity is typically associated with aging, so it’s as if these women are showing signs of accelerated aging, which is thought to be one reason that stress can lead to worse health outcomes,” Rittschof said.

Next, the researchers are exploring the cultural coping mechanisms the Black women in the study community rely on in their daily lives, as well as training health care and social services providers and policymakers on ways to decrease stress, improve health outcomes, decrease disparities and foster health equity.

“These efforts must be coupled with policies broadly aimed to eliminate structural racism in our society, a big source of stress for African Americans,” the authors said in a joint statement. “This is consistent with medical schools around the country declaring racism as a health crisis, including the Carle Illinois College of Medicine.”

Funding: The University of Illinois Urbana-Champaign, the Richard and Margaret Romano Professorial Scholarship and the USC/UCLA Center on Biodemography and Population Health supported this work.

Chronic stress threatens an individual’s capacity to maintain psychological and physiological homeostasis, but the molecular processes underlying the biological embedding of these experiences are not well understood. This is particularly true for marginalized groups, presenting a fundamental challenge to decreasing racial, economic, and gender-based health disparities. Physical and social environments influence genome function, including the transcriptional activity of core stress responsive genes.

We studied the relationship between social experiences that are associated with systemic inequality (e.g., racial segregation, poverty, and neighborhood violence) and blood cell (leukocytes) gene expression, focusing on the activation of transcription factors (TF) critical to stress response pathways. The study used data from 68 women collected from a convenience sample in 2013 from the Southside of Chicago.

Comparing single, low-income Black mothers living in neighborhoods with high levels of violence (self-reported and assessed using administrative police records) to those with low levels of violence we found no significant differences in expression of 51 genes associated with the Conserved Transcriptional Response to Adversity (CTRA). Using TELiS analysis of promoter TF-binding motif prevalence we found that mothers who self-reported higher levels of neighborhood stress showed greater expression of genes regulated by the glucocorticoid receptor (GR).

The prominence of GR-related transcripts and the absence of sympathetic nervous system-related CTRA transcripts suggest that a subjective perception of elevated chronic neighborhood stress may be associated with an HPA-related defeat-withdrawal phenotype rather than a fight-or-flight phenotype. The defeat-withdrawal phenotype has been previously observed in animal models of severe, overwhelming threat.

These results demonstrate the importance of studying biological embedding in diverse environments and communities, specifically marginalized populations such as low-income Black women.

Re-Mapping Taste in the Brain