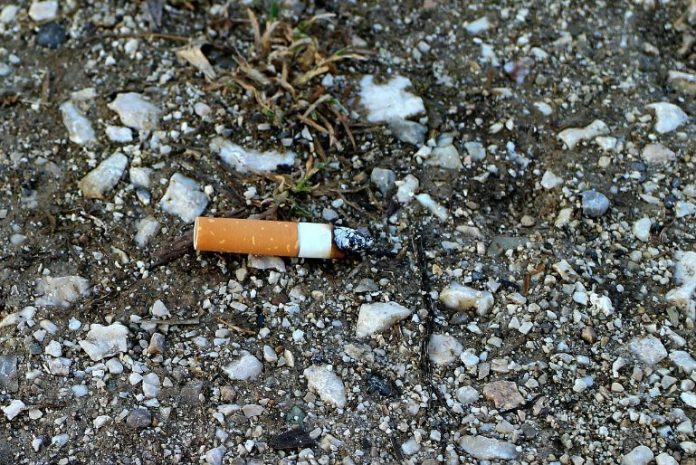 New evidence published today in the Cochrane Library suggests that smokers who quit can feel the positive benefits within weeks.

The research, led by Dr Gemma Taylor from the University of Bath’s Addiction & Mental Health Group and published this week to coincide with No Smoking Day 2021 (Wednesday 10 March), finds that reductions in anxiety and depression among those who quit is at least as great as for those taking anti-depressants. It also finds that people’s social relationships are unlikely to suffer if they stop.

Smoking is the world’s leading cause of preventable illness and death. One in every two people who smoke will die of a smoking-related disease unless they quit. However, some people still believe that smoking reduces stress and other mental health symptoms, and that quitting might exacerbate mental health problems. Some people who smoke also worry that stopping might have a negative impact on their social lives and friendships.

The Cochrane review, which summarises evidence from 102 observational studies involving nearly 170,000 people, found that people who stopped smoking for at least 6 weeks experienced less depression, anxiety, and stress than people who continued to smoke.

People who quit also experienced more positive feelings and better psychological wellbeing. Giving up smoking did not have an impact on the quality of people’s social relationships, and it is possible that stopping smoking may be associated with a small improvement in social wellbeing.

The studies involved a wide range of people, including people with prior mental health conditions and people with long-term physical illnesses. The length of time the studies followed people varied from six weeks to up to six years.

The lead author Dr Gemma Taylor from the Addiction & Mental Health Group at the University of Bath said: “Smokers often believe that cigarettes are the crutch they need when they feel low, but there is good reason to think that smoking is actually making them feel worse. The daily cycle of waking up with cravings, satisfying the cravings through smoking only to be back wanting another cigarette within hours has an understandable impact on how people feel. But get past the withdrawal that many smokers feel when they stop, and better mental health is on the other side.

“From our evidence we see that the link between smoking cessation and mood seem to be similar in a range of people, and most crucially, there is no evidence that people with mental health conditions will experience a worsening of their health if they stop smoking.”

Speaking on No Smoking Day, Deborah Arnott, Chief Executive of Action on Smoking and Health said: “After the year we’ve all had, some smokers might feel now is not the time to stop. The opposite is true, put smoking behind you and a brighter future beckons. Using nicotine replacement, whether patches gum or vapes, can help deal with any withdrawal symptoms, which last at most a matter of weeks. Be confident that once you’ve put smoking behind you not only will you be healthier and wealthier but feel happier too.”

A team of researchers from the universities of Bath, Birmingham, Oxford, and New York worked together to produce this review.

There is a common perception that smoking generally helps people to manage stress, and may be a form of ‘self‐medication’ in people with mental health conditions. However, there are biologically plausible reasons why smoking may worsen mental health through neuroadaptations arising from chronic smoking, leading to frequent nicotine withdrawal symptoms (e.g. anxiety, depression, irritability), in which case smoking cessation may help to improve rather than worsen mental health.

Offspring Weakens When Parents Are Given Antibiotics

Nabiximols Treatment Effect on Spasticity in Patients With MS