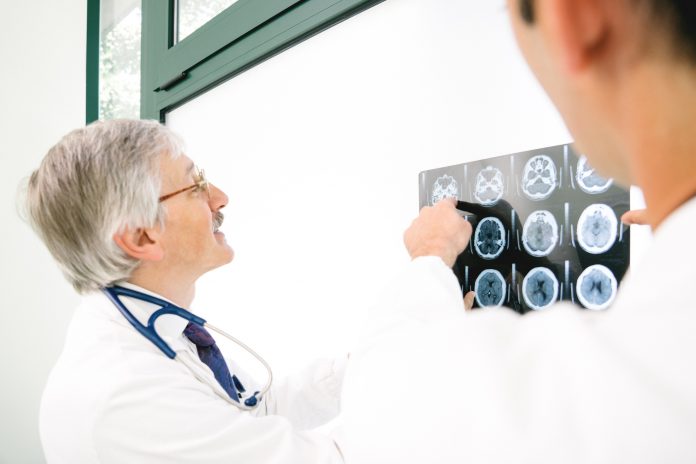 A 4-point score derived from these variables – 1 point for thrombus length and 3 points for occlusion site – showed good discriminative power for ENDi in acohort of 729 patients with minorstrokeand was successfully validated in an independent cohort of 347 patients.

Study researchers sought to provide clinicians with a prediction score for assessing risk of post-IVT ENDi in patients with acute minor but disabling stroke and large vessel occlusion (LVO) so they could best select candidates for bridging therapy.

The investigators used data from the MINOR-STROKE collaboration, which had retrospectively collected data from patients with acute stroke who were admitted to French stroke centers between 2006 and 2018, for a derivation cohort and used data from prospectively gathered databases of 6 stroke centers in France and 3 from Switzerland for a validation cohort of 347 patients. Patients directly intended for additional mechanical thrombectomy (MT), or who had isolated internal carotid artery occlusion without middle carotid artery occlusion, were excluded.

In univariate analysis, the study researchers found that the association of thrombus length with ENDi was similar for patients with baseline magnetic resonance imaging (unadjusted OR per 1-mm increase, 1.11; 95% CI, 1.06-1.16) and computed tomography/computed tomography angiography (unadjusted OR per 1-mm increase, 1.12; 95% CI, 0.98-1.29; P for interaction=.83).

In multivariable analysis, the study researchers found that more proximal occlusion site and longer thrombus length were associated with higher odds of ENDi. The association of thrombus length with ENDi did not vary across occlusion sites. They constructed an integer-based score based on the magnitude of the regression coefficients observed in the multivariable analysis: less than 7% for scores of 0 or 1, which represented two-thirds of the overall sample, but was greater than 18% for scores of 2 to 4, reaching 35% for scores of 3 or 4. The C statistic of the score was 0.76 (95% CI, 0.70-0.82).

Limitations of the study included not directly informing whether bridging therapy is superior to IVT alone, and possible selection bias due to the exclusion of 262 patients with minor stroke and LVO treated with first-line bridging therapy.

Ultimately, the study authors concluded that “The substantial ENDi rates observed in these cohorts highlights the current debate regarding whether to directly transfer patients with IVT-treated minor stroke and LVO for additional thrombectomy.” They added that “the straightforward score derived from these associations and successfully validated in an independent cohort affords good discriminative power for ENDi prediction, which may eventually help clinicians for decision-making”

Peer Values Versus Violence: A View from Lived Experience

Being Clean and Hygienic Need Not Impair Childhood Immunity