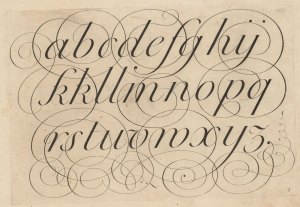 It is always heartwarming when the authors of a research paper, or a case report, go the extra mile to give their article a catchy title. It is even more exhilarating when the paper is about one groundbreaking breakthrough or the other. Indeed, a very artfully crafted title is almost always a clue to how good the paper will turn out to be. It is also clear that these titles are not at all easy to construct, requiring a lot of careful thought. This is why I am captivated by such creative headlines as you can see from some of my previous blog posts:

The art of spinning catchy titles

A few more catchy titles from the world of neurology

To continue the tradition therefore, here are 11 vintage catchy titles from the neurology archives. Be prepared: some go way back!

Ophthalmic herpes zoster is a nasty condition indeed, difficult to diagnose, and even more difficult to treat. This paper, published in the journal Emergency Radiology in 2018, makes the important point that herpes zoster ophthalmicus doesn’t just involve the ophthalmic division of the trigeminal nerve, but it can extend far back into the brain to involve the main trigeminal nerve, its nucleus, and its tract. Even more revealing is that all this can be revealed with contrast enhanced brain MRI (CE-MRI). The authors conclude that CE-MRI “can be of great benefit to elucidate the extent of disease and intracranial involvement for institution of more aggressive management to prevent further complications”. For the neurologist, this is more ammunition to use in their everlasting war with their friendly radiologists; just show them this brilliantly titled paper to get your CE-MRI request painlessly approved.

Ironing out the rough spots

This paper, published in the journal BMJ Case Reports in 2012, is further proof that some of the catchiest titles come from single case reports. In this case, the patient is a man in his late 40’s presenting with cognitive impairment on a background of erectile dysfunction and joint pains. He was eventually diagnosed with the iron accumulating disorder haemochromatosis. As often happens with the best case reports, this one highlights a poorly recognised manifestation of a ‘regular’ disorder. But it is the catchy title that captures the essence of the case: after his excessive iron was ironed out by venesection, he had complete resolution of his cognitive impairment. Further proof of another principle: the most satisfying case reports always have a happy ending!

Once again she forgets everything!

The astute reader will probably correctly guess that this may be about transient global amnesia – but for the ‘once again‘. This is because TGA is usually a one-off phenomenon, so when it strikes four times in 5 years, it surely deserves a catchy title like this one. And the authors of this paper, published in Acta Neurologica Belgica in 2018, did exactly that with this case report. The astute reader may also well ask why this is not epilepsy; it is unfortunately difficult for me to confirm how the authors ruled this out because the paper is under lock and key. But there was a clue in one of the references they cited which confirms that TGA is recurrent in 3-6% of case per year. TGA, like lightening, can therefore strike twice…and thrice…and in this case, quarce!

Laughter must be one of the most uncommon manifestations of migraine; gelastic seizures we are all familiar with, but gelastic migraine? But ignore the rarity and exult in the title which ingeniously contrasts the levity of its presentation with the gravity of the disease. Publishing in the journal Current Headache and Pain Reports in 2016, the authors report not just cases of gelastic migraine, but also other odd manifestations of this terrible headache disorder, and these included auditory and olfactory symptoms, and, wait for it, migrainous thoracalgia. But the real challenge neurologists is to keep a straight face when their next migraine patient laughs in their face.

Multiple personality disorder: where is the split?

For this one, we had to time-travel back to a 1990 issue of the Journal of the Royal Society of Medicine. It is a most reflective letter on the genesis of the intriguing condition, multiple personality disorder (MPD). The author started on the premise that nobody is a unitary or internally consistent individual, and that we are all “complex, contradictory and divided”. He then argued that this contradiction is too much to bear for some people, and to maintain their sense of a stable personality, they split into different individuals. It was enlightening to learn that most people who develop MPD seem to have an underlying psychiatric or traumatic history, and the split personalities were often “self-destructive, violent, criminal or sexually disinhibited“. Makes you wonder if MPD is a reflection of the duality of good and evil in each person, but the author dismisses this and instead attributes it to a form of denial, and a defence mechanism, against a tormented childhood history. The creation of MPD, he added, is further facilitated by the normal tendency for children to create “a rich fantasy life, often including imaginary companions“. Don’t we all.

This, I assure you, is not about the zombie apocalypse, but it is not too far removed. It is the author’s “reflections on Cotard syndrome and homelessness“. It was published in 2005, in a rather unusually titled journal: The Pharos of Alpha Omega Alpha-honor Medical Society. Alpha Omega Alpha. No wonder I could access neither the full paper, nor its abstract! But what a fitting title for a disorder in which the subjects believe that they, or a part of them, is dead. But the journal itself takes the cake here.

A gut feeling about insular seizures

To appreciate this title, one has to be aware that seizures arising from the the insular part of the brain have some very curious manifestations, and many of these relate to the digestive system. And this report, published in BMJ Case Reports in 2011, illustrates this most graphically, and perhaps tragically. It is about a 43-year-old man who, for two years, “had undergone gastroenterological investigations” for the elusive cause of his frequent gagging and hypersalivation. Surely not typical symptoms for a neurologist, and indeed making the diagnosis of insular seizures here was like bringing the epilepsy rabbit out of the digestive hat. Who would have thought of it, but it is an excellent lesson in the brain-gut connection!

The face of deception

OK, there is a double deception here because the true title here is much longer than advertised above. Published in the journal Neurology in 2019, the full title is Isolated prosopagnosia as the presenting complaint in glioblastoma: the face of deception. The play on words is obvious when one understands that prosopagnosia is the inability to recognise faces. This very gripping case report not only highlights how even the most aggressive brain tumour may not manifest with its classical calling cards – headaches, blurred vision and seizures – but rather as a neurological riddle. Beyond the brilliant title, the paper is also a masterclass in cerebral localisation, neuro-epidemiology and neuro-oncology. A thoroughly pleasantly deceptive paper indeed!

Simultagnosia: to see but not to see

Shakespeare is the inspiration for many catchy titles we have featured in our ‘catchy’ series, and the endless iterations of ‘to be or not to be‘ never fail to bewitch. So think of the bard the next time you want to craft a good title because it worked for this paper, published in the journal Brain in 1991. Unfortunately the authors of the article also captured the Shakespearean language too well when they defined simultagnosia as “a disorder of visual perception” in which subjects are unable to “interpret complex visual arrays despite preserved recognition of single objects”. In plain English, they meant the patient can’t see two things at the same time. They were also rather long-winded in explaining that simultagnosia results from “impairment in the process by which activated structural descriptions are linked to information coding the location of the object”. Sorry, I can’t even begin to interpret this….but what a catchy title, deserving of mention in the pantheon of catchy titles.

This title, reminiscent of a romantic tragedy, is however an excellent way to call attention to a serious, and under-appreciated, complication of multiple sclerosis (MS). Published in the journal Annals of Neurology in 2017, the authors report on their patients with MS who developed acute heart failure associated with brainstem relapses and new lesions in the medulla. In three of the cases, heart failure was present right at the onset of the relapse, and this was severe enough to require intensive care management. They all had impaired left ventricular function evident on echocardiography, and the cardiologically-minded will know that this heart dysfunction is known as Takotsubo cardiomyopathy. It is reassuring that all subjects all improved on steroid therapy; if only Love Story had such a happy ending.

You can’t get a catchier, or a more captivating, title than this interesting case report published in the Journal of Neuropsychology in 2013. The authors report a 29-year-old man with the rare disorder called developmental topographical disorientation (DTD). His was a severe case which, the authors argue, improves our understanding of this disease which causes a “navigational deficit in the absence of neurological or psychiatric disorders”. Unable to negotiate their way, people with DTD frequently get lost in familiar surroundings. After extensive neuropsychological assessments, the authors concluded that their patient had “a deficit in developing cognitive maps“, and “difficulties in evaluating distances and computing metric environmental features“. A curious phenomenon indeed, and a great title too!

Do you have any catchy titles in your archive? Do share with us