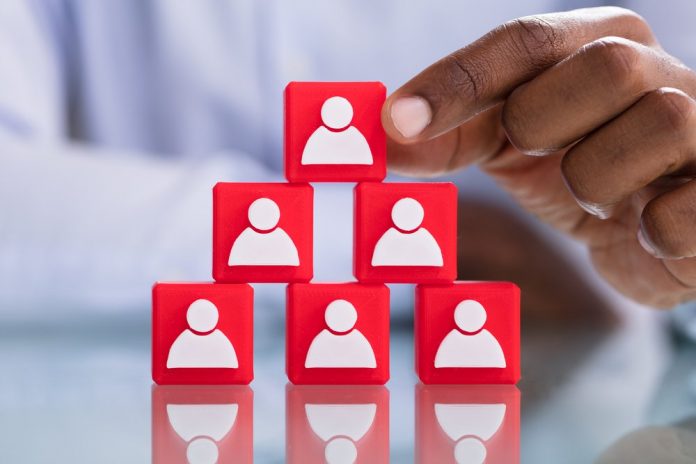 “Creating Our Mental Health”: Welcome to a conversation between two social therapists who meet regularly to share and advance our therapeutic work. We hope these dialogues can support and stimulate others who are integrating developmental conversations into their therapeutic practices and personal growth. See the first post in the series for a brief explanation of what social therapy is and the perspectives we’re coming from in our dialogues.

Ann & Hugh: We’d like to welcome Jessie Fields to our conversation with Mad in America readers. Jessie is a medical doctor working in Harlem, a community leader, and an advocate for transforming our health and mental health care system. She’s a wonderful colleague and friend, and we welcome her to “Creating Our Mental Health.”

Jessie: Thanks, Ann and Hugh.

Ann: We spoke after we read Jack Geiger’s obituary (H. Jack Geiger, Doctor Who Fought Social Ills, Dies at 95)—a hugely accomplished public health leader who had a community organizing approach to medicine. He “ran away to Harlem as a teenager and emerged a lifelong civil rights activist, helping to bring medical care and services to impoverished regions and to start two antiwar doctors’ groups that shared in the Nobel Peace Prizes.”

He was a leading voice in the evolution of “social medicine,” the idea that doctors should use their expertise and moral authority not just to treat illness but also to change the conditions that made people sick in the first place: poverty, hunger, discrimination, joblessness, and lack of education. And as part of this, he related to his patients as co-creators of their health.

Hugh: What moved me in reading more about Jack’s history was his commitment to a medical practice that was also a community building practice. So, for example, he worked with two physicians who were setting up a health center in an impoverished Zulu reserve in South Africa. “A key to the center’s success was that local people—its own patients—worked there and helped run it and built clean water systems, latrines, new housing and new methods of food production.”

My father, Stewart Polk, was a contemporary of Geiger’s. He was a pediatrician who revered Albert Schweizer, the famous humanitarian physician who practiced in Africa. My dad frequently spent his vacations working in a mission hospital inspired by Schweitzer in Haiti. I went there with him once, and it was profoundly moving to be saving lives. But Geiger went beyond Schweitzer’s approach, not simply treating the poor, but activating his patients as community builders and addressing the social roots of their illness.

Jessie: Yes, I read in Geiger’s obituary that he expressed frustration with the limits of Schweitzer’s traditional medical-model approach—i.e., “waiting until people are sick, curing them and then sending them right back into an environment that overwhelmingly determines that they’re going to get sick again.” I take Geiger’s critique to be extremely important to those of us carrying on the tradition of social medicine.

I’ve also been reading the “The 1619 Project” and learned about another early pioneer in health care, Dr. Rebecca Lee Crumpler, the nation’s first Black woman doctor. She was born free and trained and practiced in Boston. She understood the relationship between poverty and illness, and in an 1883 treatise on illness in the Black community, she wrote, “They [white legislators] seem to forget that there is a cause for every ailment. And that it may be in their power to remove that cause.”

Hugh: Geiger, Crumpler and so many others are unsung heroes of a social, community-building approach to health. We stand on some strong shoulders.

Jessie: I’m afraid we have a long way to go, though. The inequities of poverty, homelessness, and racism are still horrific. And they don’t only affect people of color. They affect all of us. I’ve come to believe that only by engaging our patients and communities as activist creators of their lives engaged in change and development—as Jack Geiger and so many others inspired by his example have done—can we eradicate these ills.

Ann: Jessie, I’d like to hear more about how you’ve brought together community organizing with your medical practice in Harlem.

Jessie: Well, like Hugh, my story of becoming a doctor starts in Philadelphia. I was raised in a poor African American family in South and West Philadelphia, where my grandmother had come during the great migration from the south. My family operated a neighborhood southern-style soul food restaurant that was interconnected with the sub-economy of drugs, prostitution, and crime in the poor Black community.

I came down with meningitis at a summer camp and almost died. I was cared for by a tall (like me) woman pediatrician who my grandmother said saved my life.

My grandmother told me that I should become a doctor like her. It wasn’t easy, but coming out of poverty I had a palpable understanding of the connection between poverty and illness and how doctoring means helping people come together to impact the conditions of their lives that produce sickness.

Ann: How does that look in how you relate to your patients?

Jessie: I’ve worked as a doctor and community organizer in Harlem for three decades. The Black community has a lot of distrust for the medical profession—so building relationships with my patients where we can engage this distrust and build something together is key. I show my concern about their health, and they’re very responsive. They report proudly to me that they’ve lost 5 pounds (or maybe they’ve gained 5 pounds, but they say, “I’ll do better next time, Dr. Fields!”).

I examine them—listen to them—and they say, “I’ve never been examined that way before.” We build the therapeutic relationship together. And that’s so important, because if patients don’t trust you, they won’t follow the treatment plan you advise. You must create the treatment in partnership with the patient.

We’ve organized “Healthy Clubs” in Harlem and the South Bronx where we helped patients set up informal health teams among their families and friends, and a diabetes group in which people could support each other to take care of their health and organize and advocate for better access to healthy foods.

We’ve offered workshops that teach people how to interact and build a productive, working relationship with their doctor—how to lead the medical visit, how to deal with their intimidation by taking someone with them to the appointment, bringing a list of questions, etc.

We’ve experimented in creating all kinds of environments that relate to patients as activists in their health care. I don’t have to tell you that that’s not easy to do. The traditional health care system doesn’t value or support a “social medicine” approach—even though it’s by far the most effective. Instead, doctors are required to see patients individually on very tight schedules, and it’s difficult to make the time to do quality relationship-building and community-organizing.

Health care is so overwhelmingly resourced on the side of high-tech treatments and costly diagnostics—CT scans, MRIs, high-priced pharmaceuticals, etc. It’s an institution that overall relates to patients as passive recipients, and I believe that’s not healthy.

Hugh: I feel very close to what you’re saying. A colleague and I have offered health workshops in which people can be freed up to discuss the emotional issues involved in taking care of themselves—feeling embarrassed to share their health and mental health problems with others, feeling these issues are too private, feeling ashamed and intimidated to ask for help or to talk about it.  These workshops were helpful to people.

I’m wondering, Jessie, you’ve been in social therapy groups for many years, which help people open up the subjective side of poverty and ways that they’ve been kept from growing. How has this therapeutic work impacted you?

Jessie: It’s been huge. One of the valuable things about doing the work in social therapy is that it’s enabled me to unearth my history, to talk about it publicly and openly and to be accepted and supported to do that. That’s enabled me to learn how to give my history to others and create an environment where others can do that too, without being judged, labelled, or put down.

Ann: I love what you’re saying, Jessie. It’s so beautiful and important for you and others—we can learn to give our pain, our shame, our sadness to others as part of moving forward with them.

Jessie: It’s been for me an ongoing process and discovery of the ways we understand what health and well-being are all about. Social medicine and social therapy offer a new lens. I believe that to eliminate poverty, we’re going to have to change how we see and understand ourselves and our world. Social therapy has been transformative in this way for me and for the people I work with.

I can’t help but think about how so many of the people who come to see me have not been given the opportunity to develop in these ways. They’ve been diagnosed as mentally ill and are on medications in order to function. Most are so inhibited and oppressed.

Ann: Tell us more about the kind of mental health support that is available to your patients…

Jessie: It’s extraordinarily limited. The medical (disease) model rules the day in mental health. Many of my patients are prescribed medications, which they don’t like, but they believe they need medications to be stable and able to function. My problem with the use of medications is that people develop a dependency on them in the absence of continuing to grow emotionally and in their lives, which I see is vital. If this social therapeutic approach were used, I think medications would be used much less than they are now.

If the patients are given the opportunity to talk to anyone about their emotional pain, it’s to a nurse practitioner or maybe a social worker. But talk therapy is so limited in quantity, and often in quality too. There’s a dearth of practitioners—and access to them is mediated through managed care systems which dictate what therapies can and can’t be reimbursed. The therapy that’s available is often very limited, cookie-cutter, and highly regimented.

I hear so many stories about how if someone so much as hints that they may be feeling suicidal, they are sent to the hospital. They may have had no intention of killing themselves, but wanted to connect with someone who could help them with their deep emotional pain. That’s why I think the work you and your colleagues do is so important—helping people to develop and build the support they need.

Hugh: Yes, it’s critical that people have someone to talk to and to support them to talk in new ways, to learn to listen to others, to reawaken their creativity in the activity of improvising together new kinds of emotional conversations.

My colleague, Rachel Mickenberg, and I led a Town Hall meeting here at Mad in America on this very topic, “Creating Our Mental Health.” There’s a real appetite for a social medicine approach. We got a terrific response, and will be holding another Town Hall in June. And we’re so happy that you’re going to join us in leading this important conversation, Jessie.

Thanks so much for joining us today.

Jessie: Thanks for having me! It was great to speak with you!

Why Is It so Hard to Withdraw From Some Antidepressants?