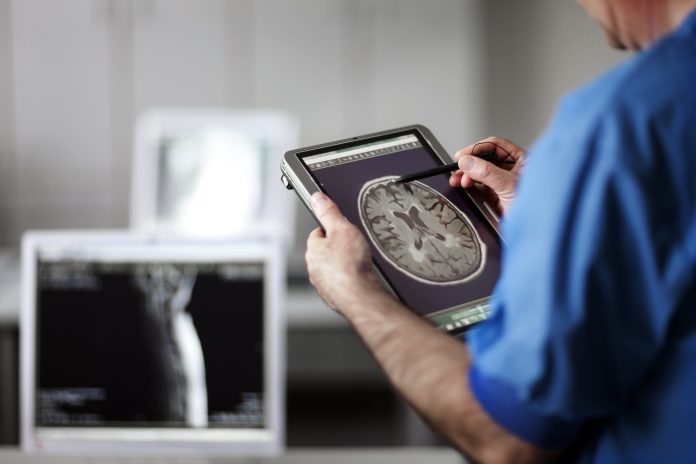 This was a large, multicenter study in which researchers recruited patients (n=398) with MS and healthy controls (n=170) at 8 centers in Europe from the Magnetic Resonance Imaging in MS (MAGNIMS) study consortium. Study researchers assessed patients at baseline and 1 year by magnetic resonance imaging and by the Expanded Disability Status Scale (EDSS). They quantified GM using a source-based morphometry (SBM) methodology.

At 1 year, 57 control group participants and 144 patients with MS remained in the study. Among the MS cohort, 15% presented with worsening MS, in which 2 patients progressed from CIS to RRMS and 3 from RRMS to SPMS. The patients who had worsening MS differed significantly by sex (P =.01), percentage of brain volume change (P =.02), brain T2 lesion volume (P =.04), and baseline EDSS (P =.05).

In the SBM analysis, study researchers identified 26 GM features among 98 independent components. All components indicated significant GM atrophy among the patients with MS compared with the control group participants (all P £.036) except for a component in the default-mode network (P =.07) and the frontoparietal network (P =.11).

GM volume remained stable among the control cohort participants. For the MS cohort participants, however, it progressively declined in components of the cerebellar, subcortical, sensorimotor, auditory, and frontoparietal networks (all P £.04). This pattern was primarily driven by patients with progressive MS subtypes.

This study was limited by the low retention of patients with progressive MS at 1 year, reducing the power to assess GM atrophy among patients with severe MS phenotypes.

The study authors found that atrophy in cerebellar and sensorimotor GM was associated with clinical worsening of MS and that differing networks of GM atrophy were associated with disease subtypes. Findings “revealed a differential involvement in various GM networks across disease stages, which progressed at 1-year in MS” while “sensorimotor and cerebellar GM atrophy explained baseline disability and clinical worsening,” they concluded.

Patients With Dystonia Have Increased Prevalence of Suicidal Behavior

A Thief in the Hospital