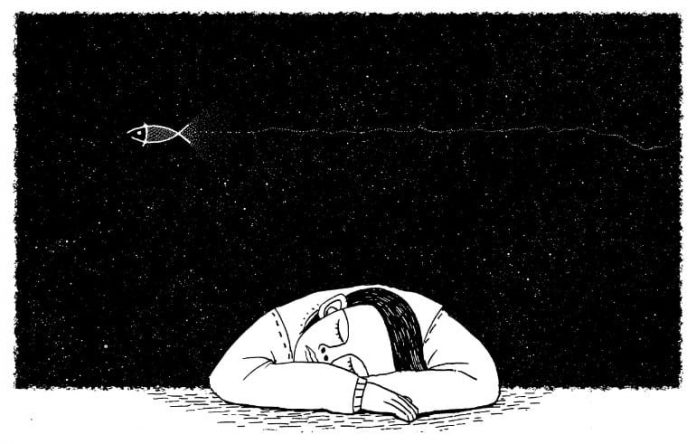 Obstructive sleep apnea is when breathing is repeatedly interrupted during sleep. Research has shown people with this sleep disorder have an increased risk of developing cognitive impairment and Alzheimer’s disease. Yet, it is treatable. A preliminary study released today, February 28, 2021, has found that obstructive sleep apnea is common in people with cognitive impairment.

The study will be presented at the American Academy of Neurology’s 73rd Annual Meeting being held virtually April 17 to 22, 2021.

“Better sleep is beneficial to the brain and can improve cognitive skills. Yet in our study, we found that over half of the people with cognitive impairment had obstructive sleep apnea,” said study author Mark I. Boulos, M.D., of the University of Toronto in Canada and member of the American Academy of Neurology.

“We also found that those with the sleep disorder had lower scores on thinking and memory tests. Fully understanding how obstructive sleep apnea affects this population is important because with treatment, there is potential to improve thinking and memory skills as well as overall quality of life.”

Questions included identifying the date and the city they were in and repeating words they had been asked to remember earlier in the test. Scores on the test range from zero to 30. A score of 26 or higher is considered normal, 18-25 signifies mild cognitive impairment and 17 or lower signifies moderate to severe cognitive impairment.

Participants were given at-home sleep apnea tests to determine if they had obstructive sleep apnea. The at-home test uses a monitor to track breathing patterns and oxygen levels during sleep.

Researchers found that 52% of study participants had obstructive sleep apnea. People with the sleep disorder were 60% more likely to score lower on the cognitive test than people who did not have sleep apnea. People with the disorder had an average score of 20.5 compared to an average score of 23.6 for the people without the sleep disorder.

In addition, researchers found that the severity of obstructive sleep apnea corresponded with the degree of cognitive impairment as well as the quality of sleep for participants, including sleep time, how quickly they fell asleep, the efficiency of their sleep and how often they awoke at night.

“People with cognitive impairment should be assessed for obstructive sleep apnea because it can be treated by using a continuous positive airway pressure (CPAP) machine that helps keep the airway open at night,” said Boulos.

“However, not everyone who tries CPAP chooses to regularly use the therapy, and this may be a bigger challenge to people with thinking and memory problems. Future research should be directed toward determining ways to diagnose and manage the disease that are efficient and easy to use in people with cognitive impairment.”

A limitation of the study was that at-home sleep apnea tests and not in-laboratory sleep studies were used to diagnose sleep apnea.

Funding: The study was funded by an Ontario Graduate Scholarship awarded to study author David R. Colelli and the LC Campbell Cognitive Neurology Research Unit at Sunnybrook Health Sciences Centre in Toronto, Canada. ResMed provided the at-home sleep apnea tests as in-kind support but was not involved in the design of the study.

About this sleep and cognition research news

Original Research: The findings will be presented at the American Academy of Neurology 73rd Annual Meeting.