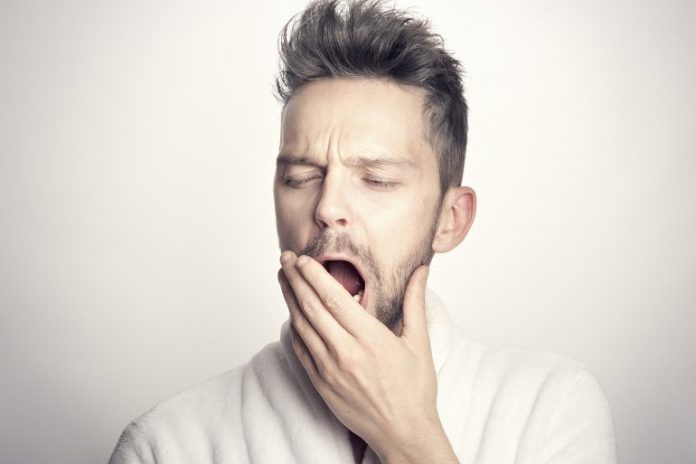 Summary: Researchers investigate why boredom can be both good and bad for our mental health and behaviors.

Many of us have probably felt bored at some point in the past year. Restrictions on social gatherings, travel and plenty of other activities may have been necessary to control the pandemic, but have left lots of us with little to do.

On the surface, boredom may seem rather trivial; an experience reserved for those of us with the luxury of having too much time. But it turns out that boredom affects people in many ways. This raises the question: on balance, is boredom a vice or virtue? According to science, the answer might be a bit of both.

Boredom comes with a desire to find a more satisfying activity. It increases our impulsiveness and disrupts the ability to attend to the task at hand. Instead, we turn to distractions such as snacking or playing with a mobile phone.

While the occasional distraction may be innocuous, chronic boredom plays a role in many problematic behaviours, including pathological gambling, drug abuse and dangerous driving. In context of the pandemic, boredom turns out to be a key reason why people break lockdown and social distancing rules.

It is normal to feel bored every now and then. But frequent or unresolved boredom is reason for concern. Research shows being prone to boredom is a predictor of poor mental health, such as depression and anxiety.

People who get bored easily report that they find life less meaningful. They are more likely to drop out of school, stop coming into work, or have less satisfying romantic relationships.

So far, it may seem that boredom is primarily a problem for the person experiencing it. But it turns out that one person’s boredom can also be another person’s problem. Boredom can cause aggression.

In an experiment, we presented Irish participants with a story about an Englishman who had allegedly beaten up a fellow Irishman. We asked our participants how long the prison sentence for the English perpetrator should be. Our Irish participants demanded substantially longer sentences if they’d first worked on a boring writing task compared to a control group. What’s more, we found the same did not happen when the offender had been described as Irish, suggesting boredom causes hostility to members of other groups.

A 2020 study tested if boredom might cause sadistic aggression. The researchers made participants watch either a 20 minute long boring video of a waterfall or a much less boring documentary about the Alps. While watching these videos, participants could drop, if they wanted, three living worms that were given the names “Toto”, “Tifi”, and “Kiki” into a shredder. Participants who watched the boring video shredded significantly more worms than the others. It seems bored people do things like this partly because they crave excitement.

But there are also positive sides to boredom. Instead of seeking solace in impulsive behaviour or aggression, boredom can cause people to seek out new situations or challenges.

People who get bored easily can express greater curiosity. In an experiment in 2019, participants were offered the opportunity to look at photographs they had seen already or photographs that were unfamiliar to them. Those who were bored showed a stronger preference for unfamiliar photographs, even when they knew these new photos would show them unpleasant things like cockroaches or dirty dishes.

Perhaps one of the most surprising aspects of boredom is related to finding meaning in life. People who feel bored report that their current situation is devoid of any purpose. In response, they actively seek out ways in which they can make life feel meaningful again.

Boring activities also cause people to dwell on nostalgic memories. Nostalgia combines positive feeling such as security, with negative ones such as a sense of loss. Importantly, these nostalgic memories make people feel more connected to others, which helps give them to find more meaning to their own lives.

It works the other way, too. People who derive a sense of meaning in life from their religion get less easily bored in menial tasks. Perhaps one of the most surprising findings is that momentary boredom can increase people’s willingness to give to a charitable cause, painting a very different picture to that of boredom as a cause of sadistic aggression.

Boredom, as with many emotions, seems to play an integral role in psychological functioning. It can turn us away from meaningless and unexciting activities and towards what feel like worthwhile courses of action. This may result in activities that offer a sense of meaning or novelty – but it may also trigger in behaviour that’s more dangerous and destructive.

Boredom appears to be an emotional state that prompts us to change our behaviour – whether that’s a positive or negative outcome depends entirely on the individual and their situation.