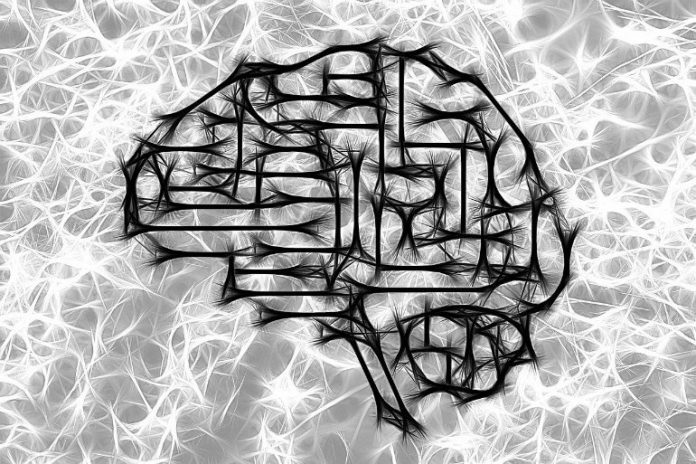 Summary: Induced changes in the function of AgRP neurons may contribute to depression, researchers report.

A tiny population of neurons known to be important to appetite appear to also have a significant role in depression that results from unpredictable, chronic stress, scientists say.

These AgRP neurons reside exclusively in the bottom portion of the hypothalamus called the arcuate nucleus, or ARC, and are known to be important to energy homeostasis in the body as well prompting us to pick up a fork when we are hungry and see food.

Now Medical College of Georgia scientists and their colleagues report the first evidence that, not short-term stress, like a series of tough college exams, rather chronic, unpredictable stress like that which erupts in our personal and professional lives, induces changes in the function of AgRP neurons that may contribute to depression, they write.

The small number of AgRP neurons likely are logical treatment targets for depression, says Dr. Xin-Yun Lu, chair of the Department of Neuroscience and Regenerative Medicine at MCG at Augusta University and Georgia Research Alliance Eminent Scholar in Translational Neuroscience.

While it’s too early to say if the shift in neuron activity prompted by chronic stress and associated with depression starts with these neurons, they are a definite and likely key piece of the puzzle, says Lu, corresponding author of the study in the journal Molecular Psychiatry.

“It is clear that when we manipulate these neurons, it changes behavioral reactions,” she says, but many questions remain, like how these AgRP neurons in the human brain help us cope with and adapt to unpredictable chronic stress over time.

They have shown this type of stress, which results in an animal model of depression, decreases the activity of AgRP, or agouti-related protein, neurons, decreasing the neurons’ ability to spontaneously fire, increasing firing irregularities and otherwise altering the usual firing properties of AgRP neurons in both their male and female mouse model of depression.

Additionally, when they used a small molecule to directly inhibit the neurons, it increased their susceptibility to chronic, unpredictable stress, inducing depression-like behavior in the mice, including reducing usual desires for rewards like consuming palatable sucrose and sex. When they activated the neurons, it reversed classic depressive behaviors like despair and the inability to experience pleasure.

“We can remotely stimulate those neurons and reverse depression,” Lu says, using a synthetic small molecule agonist that binds to an also manmade chemogenetic receptor in their target neurons — a common method for studying the relationship between behavior and particular neurons — delivered directly to those neurons via a viral vector.

As in life, unpredictability can increase stress’ impact, Lu says, so they also used that approach in their studies, with techniques like social isolation and switching light and dark cycles, and found that mice began exhibiting depressive behavior by 10 days.

The scientists found that the stress-related decrease in AgRP neuron activity seems to produce an increase in the activity of other nearby neuron types in the ARC, and are pursuing that observation further. They also are looking at adjustments that may happen to other neurons that respond to stress and reward in other subregions of the hypothalamus as well as other parts of the brain to help define the circuitry involved.

They also already are looking at the more time-consuming process of assessing whether removing the chronic stressors alone will also eventually result in the AgRP neurons resuming more normal activity.

Major depression is one of the most common mental health disorders in the United States, according to the National Institute of Mental Health, with an estimated 17.3 million adults experiencing at least one episode. Prevalence rates are highest among 18-25 year olds, females having about twice the risk of men, and depression can run in families.

Only about one-third of patients achieve full remission with existing treatments and anhedonia, the inability to experience pleasure, which increases suicide risk, typically is the last symptom to resolve. However, mechanisms behind depression’s effects remain poorly understood, the scientists say.

“We want to find better ways to treat it, including more targeted treatments that may reduce side effects, which often are significant enough to prompt patients to stop taking them,” Lu says. Undesirable effects can include weight gain and insomnia.

Prozac, for example, reduces the uptake of serotonin, a neurotransmitter involved in mood regulation, but serotonin also has important functions like regulating the sleep cycle, and sleep disturbances are an established side effect of selective serotonin-reuptake inhibitors.

While it’s unknown if some of the existing antidepressants happen to impact AgRP neurons, it’s possible that new therapies designed to target the neurons could also produce weight gain because of the neurons’ role in feeding behavior and metabolism, Lu notes.

Lu was among the scientists who earlier characterized the network of AgRP neurons in the brain, and was the first to show fluctuations in the production of AgRP over the course of the day and that a surge of glucocorticoid stress hormones comes before peak expression of AgRP and feeding.

The new study shows that AgRP neurons are a key component to the neural circuitry underlying depression-like behavior, they write, and chronic stress causes AgRP dysfunction. They suspect one reason for the reduced excitability of the neurons is increased sensitivity to the inhibitory neurotransmitter GABA.

AgRP neurons are stimulated by hunger signals and inhibited by satiety. Previous studies have shown that when activated, AgRP neurons can produce significant increases in eating that can result in significant weight gain. Activating these neurons in mice, in fact, increases their eating and food seeking. Just the presence of food increases the firing of AgRP neurons, reinforcing that you are hungry and driving you to pick up that fork, Lu says of the neuron sometimes dubbed the hanger neuron.

Eliminating AgRP neurons conversely suppresses feeding and has been shown to enhance anorexia.

The new study’s first author is Dr. Xing Fang, who completed graduate studies in the neurosciences at MCG and The Graduate School at AU and is now a postdoctoral scholar at the University of Southern California.

The hypothalamus is a small region — about the size of an almond — located just above the brainstem and involved in essentials like body temperature, blood pressure and heart rate, emotion and sleep cycles, as well as appetite and weight control.

Funding: The research was supported by the National Institutes of Health.

Previous studies have shown that AgRP neurons in the arcuate nucleus (ARC) respond to energy deficits and play a key role in the control of feeding behavior and metabolism. Here, we demonstrate that chronic unpredictable stress, an animal model of depression, decreases spontaneous firing rates, increases firing irregularity and alters the firing properties of AgRP neurons in both male and female mice. These changes are associated with enhanced inhibitory synaptic transmission and reduced intrinsic neuronal excitability. Chemogenetic inhibition of AgRP neurons increases susceptibility to subthreshold unpredictable stress. Conversely, chemogenetic activation of AgRP neurons completely reverses anhedonic and despair behaviors induced by chronic unpredictable stress. These results indicate that chronic stress induces maladaptive synaptic and intrinsic plasticity, leading to hypoactivity of AgRP neurons and subsequently causing behavioral changes. Our findings suggest that AgRP neurons in the ARC are a key component of neural circuitry involved in mediating depression-related behaviors and that increasing AgRP neuronal activity coule be a novel and effective treatment for depression.

How the Brain Distinguishes Speech From Noise

45 eponymous neurological disorders and their practical checklists – The Neurology Lounge