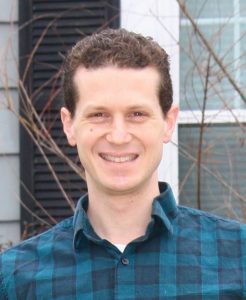 While interviewing Amitai Shenhav via Zoom about his upcoming award lecture on incentives and effort, he posed the question: “Why are we engaging in this conversation right now even though it’s going to require mental effort on both of our parts?”

That type of question has led his research to understand what motivates people to exert cognitive effort. “We have a variety of cognitive tasks throughout the day — writing emails, outlining a paper, organizing a daily schedule,” explains Shenhav, a cognitive neuroscientist at Brown University. “A lot of those things are, to varying degrees, unpleasant but we have to figure out how to distribute our mental energy across them. My research looks at: Why do we find them unpleasant? Why are they effortful in the first place? And how do we decide that this effort is worth investing?” His lab is developing not only novel computational models to explore these questions but also ways to change how to measure and incentivize effort in the lab.

For this work, Shenhav is a co-recipient of the 2021 CNS Young Investigator Award. I spoke with Shenhav to learn more about his upcoming talk at CNS 2021, including surprises along his research journey, new data he will be presenting on social incentives, and advice he has to early-career cognitive neuroscientists.

Shenhav: I was one of those few people coming into college who knew I wanted to do cognitive science, which stemmed from my interest in psychology in high school. I didn’t really didn’t know what it meant to be a cognitive scientist or what the careers were, so that is something I explored while an undergraduate at UC Berkeley. As a research assistant with Michael Silver, working on early visual processing and visual attention, I learned the methods and approach of cognitive neuroscience. Working as part of Mark D’Esposito’s broader group at Berkeley, which involved different topics such as working memory, executive function, and affective processing, I learned what I wanted to focus on moving forward: how cognitive and  affective circuits interact. So I went into graduate school [at Harvard] knowing I wanted to work on emotion and cognition, and I became enamored with the idea of studying them through the lens of decision-making.

CNS: What has surprised you in your work to date?

Shenhav: One baseline concept that has been striking is that people come into our labs and do our tasks to a degree they really don’t have to. In our work, we try to figure out how to coax people to work harder on our tasks in some conditions than others, because cognitive control is effortful. The basic fact that people are willingly investing a great deal of effort in our tasks, and often for long periods of time, is itself surprising. It suggests that the money or course credit we offer for doing our tasks is only a small part of what people are weighing when doing our tasks, and that there may be elements of effort that propel us to work harder rather than only repelling us from doing so.  We have a paper with Mickey Inzlicht and Chris Olivola on the second part of that paradox.

CNS: What aspects of motivation most motivate your current experiments?

Shenhav: Most of the focus of lab research on motivation-control interactions has been on monetary rewards that are determined directly by our performance, but that just doesn’t match our daily experiences of effort incentives. When I think about which of the papers in my queue to work on next, and how long to spend on it, I’m thinking about how my efforts (or lack thereof) will be judged by others. So, we are responding to social incentives as much as non-social ones, and thinking about negative incentives, like avoiding disappointing others, as much as positive ones like achieving rewards.

Relatedly, in the real world, the work we put into a task oftentimes will not directly lead to the outcome we expect. Examples that are salient to me include writing a grant or applying to colleges. Unlike in a lab setting, when I reward you for performing well on a task, you can write the best grant or get the best GPA, but there are other mechanics between you doing well on that task and you achieving the outcome you desire, such as randomness or even bias in how performance is evaluated. These things can make us question if it is worth putting in the effort.

So, rather than only focus on how hard people work when they have a chance to get more money, we are trying to create models and design experiments that consider the array of other incentives that drive how much effort we invest into our daily tasks.

CNS: Will you be presenting any new data in your award talk at CNS 2021?

Shenhav: Most of what I will be presenting is relatively new. Much of it is about how to capture experimentally how we process the different kinds of incentives I just mentioned, and how people learn about incentives in their environment.

On the theoretical side, we are trying to use this modeling framework to see how good a given experimental measure is at tapping into the cognitive processes we intend it to. Cognitive control tasks like the Stroop and flanker are used far and wide to measure individual differences in someone’s capacity for exerting cognitive control. For example, these types of tasks have been used to infer someone’s ability to exert cognitive control at different stages of development and across different pathologies. And one thing we wanted to dig into is: Are these the right measures? Part of our interest in asking these questions came from seeing recent controversies over replicability and related issues in the field that have raised concerns over whether these measures of control in the lab are predictive of control exhibited in the real world.

The cool thing is that we can use the same modeling framework both to fuel predictions for our experiments on control and to test how good these psychological instruments are for answering our questions in the lab and as a field.

CNS: As a Young Investigator Award recipient, what advice do you have to early-career cognitive neuroscientists?

Shenhav: Find environments that will facilitate and nurture your scientific interests while also looking out for you academically and developmentally. Find mentors and colleagues who will strengthen where you find you are most limited, like if you are not as strong of a writer or not as good in statistics, for example.

Early in my career, I was incredibly intimidated by people much smarter than me. I had to learn not just to feel comfortable but also reassured and energized by the fact that I had access to so many incredibly smart and talented people..

CNS: The CNS meeting was one of the first you ever attended. Why is it special to you?

Shenhav: I loved how I could open the conference program and see a wide array of research areas represented, s — vision, language, memory, emotion — even within a single poster session, and then easily navigate around symposia and posters of interest. It is nice that symposia are intermixed, so even if I was inhabiting one part of cognitive neuroscience, I could see experts in others. It has always felt like a tight enough community to interact in across areas but not so limited in scope you can’t learn new things.

CNS: What do you most want people to know about your work?

Shenhav: To understand why people vary in what they achieve academically and in their work, we need to go beyond understanding their innate abilities and what skills they’ve developed. We need to better understand how they make choices about when effort is worthwhile to them, and how much. And to do that, we need to keep developing better models and experiments that tap into how people perceive a variety of incentives in their environment, and where those perceptions come from.