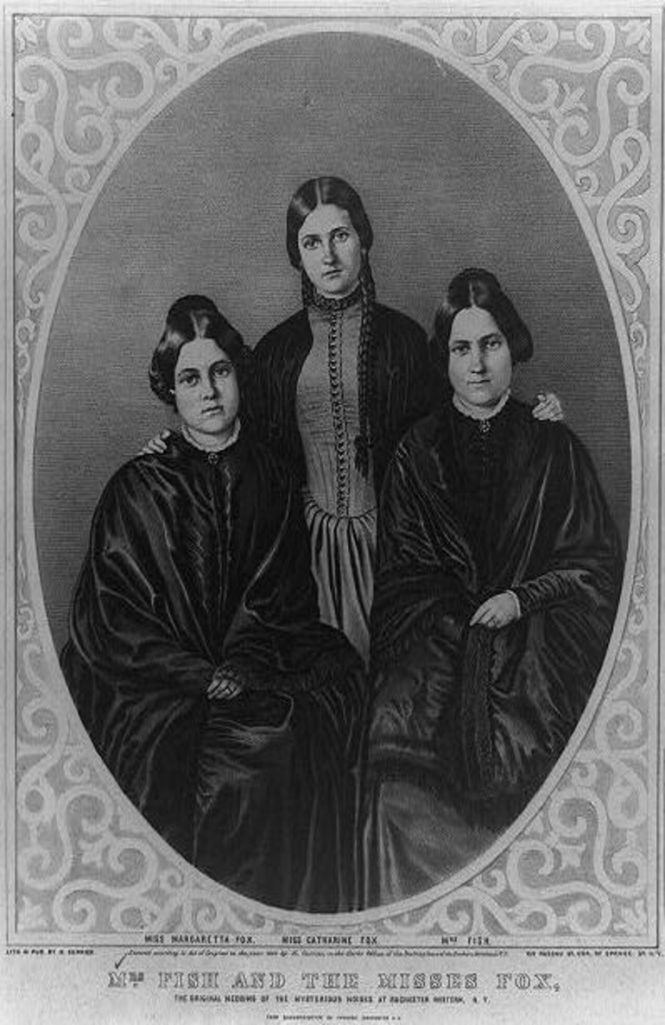 Summary: Spiritualist mediums, those who believe they can hear and communicate with the dead, are more prone to immersive mental activities and unusual auditory experiences in early life.

Spiritualist mediums might be more prone to immersive mental activities and unusual auditory experiences early in life, according to new research.

This might explain why some people and not others eventually adopt spiritualist beliefs and engage in the practice of ‘hearing the dead’, the study led by Durham University found.

Mediums who “hear” spirits are said to be experiencing clairaudient communications, rather than clairvoyant (“seeing”) or clairsentient (“feeling” or “sensing”) communications.

The researchers conducted a survey of 65 clairaudient spiritualist mediums from the Spiritualists’ National Union and 143 members of the general population in the largest scientific study into the experiences of clairaudient mediums.

They found that these spiritualists have a proclivity for absorption – a trait linked to immersion in mental or imaginative activities or experience of altered states of consciousness.

Many who experience absorption or hearing voices encounter spiritualist beliefs when searching for the meaning behind, or supernatural significance of, their unusual experiences, the researchers said.

The findings are published in the journal Mental Health, Religion and Culture. The research is part of Hearing the Voice – an interdisciplinary study of voice-hearing based at Durham University and funded by the Wellcome Trust.

Spiritualism is a religious movement based on the idea that human souls continue to exist after death and communicate with the living through a medium or psychic.

Interest in Spiritualism is increasing in Britain with several organisations supporting, training, and offering the services of practising mediums. One of the largest, the SNU, claims to serve at least 11,000 members through its training college, churches, and centres.

Through their study, the researchers gathered detailed descriptions of the way that mediums experience spirit ‘voices’, and compared levels of absorption, hallucination-proneness, aspects of identity, and belief in the paranormal.

They found that 44.6 per cent of spiritualist participants reported hearing the voices of the deceased on a daily basis, with 33.8 per cent reporting an experience of clairaudience within the last day.

A large majority (79 per cent) said that experiences of auditory spiritual communication were part of their everyday lives, taking place both when they were alone and when they were working as a medium or attending a spiritualist church.

Although spirits were primarily heard inside the head (65.1 per cent), 31.7 per cent of spiritualist participants said they experienced spirit voices coming from both inside and outside the head.

When rated on scales of absorption, as well as how strongly they believe in the paranormal, spiritualists scored much more highly than members of the general population.

Spiritualists were less likely to care about what others thought of them than people generally, and they also scored more highly for proneness to unusual hallucination-like auditory experiences.

Both high levels of absorption and proneness to such auditory phenomena were linked to reports of more frequent clairaudient communications, according to the findings.

For the general population, absorption was associated with levels of belief in the paranormal, but there was no significant corresponding link between belief and hallucination-proneness.

There was also no difference in levels of superstitious belief or proneness to visual hallucinations between spiritualist and non-spiritualist participants.

The researchers say their findings suggest that it is not giving in to social pressure, learning to have specific expectations, or a level of belief in the paranormal that leads to experiences of spirit communication.

Instead, it seems that some people are uniquely predisposed to absorption and are more likely to report unusual auditory experiences occurring early in life. For many of these individuals, spiritualist beliefs are embraced because they align meaningfully with those unique personal experiences.

Lead researcher Dr Adam Powell, in Durham University’s Hearing the Voice project and Department of Theology and Religion, said: “Our findings say a lot about ‘learning and yearning’. For our participants, the tenets of Spiritualism seem to make sense of both extraordinary childhood experiences as well as the frequent auditory phenomena they experience as practising mediums.

“But all of those experiences may result more from having certain tendencies or early abilities than from simply believing in the possibility of contacting the dead if one tries hard enough.”

Dr Peter Moseley, co-author on the study at Northumbria University, commented: “Spiritualists tend to report unusual auditory experiences which are positive, start early in life and which they are often then able to control. Understanding how these develop is important because it could help us understand more about distressing or non-controllable experiences of hearing voices too”

Durham’s researchers are now engaged in further investigation of clairaudience and mediumship, working with practitioners to gain a fuller picture of what it is like to be on the receiving end of such unusual and meaningful experiences.

For mental health researchers and others committed to a bio-cultural understanding of religious experience, there is a need for empirical studies capable of shedding light on the interplay between beliefs, personalities, and the occurrence of anomalous sensory experiences. Absorption, a trait linked to one’s tendency to become immersed in experience or thought, may be key for understanding that relationship. Spiritualist mediums (N = 65) completed an online questionnaire assessing the timing, nature, and frequency of their auditory (clairaudient) spiritual communications – including scales measuring paranormal beliefs, absorption, hallucination-proneness, and aspects of identity. These measures were compared to a general population group (N = 143), with results showing higher levels of auditory hallucination-proneness and absorption among the Spiritualists as well as correlations between spiritual beliefs and absorption, but not spiritual beliefs and hallucination-proneness, for the general population. Findings are discussed in relation to attribution models of religious experience and the complexity of “absorption” as a construct.

In the Brain’s Cerebellum, a New Target for Suppressing Hunger