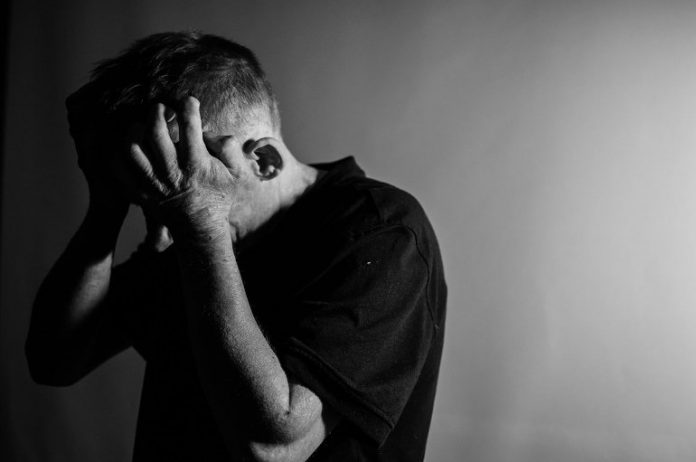 Summary: People born between 1946 and 1970 were up to 20% more likely to report psychological distress, including symptoms of anxiety and depression during their 40’s and 50’s, a new study reports.

The researchers based at the Centre for Longitudinal Studies at UCL Institute of Education’s (IOE) Social Research Institute analyzed data collected over the past four decades on more than 28,000 adults who are participating in three of Britain’s birth cohort studies. They examined participants’ reports of their mental health between the ages of 23 and 69 to investigate rates of psychological distress during adulthood, and how they differed across generations.

Among those born in 1946, rates of psychological distress were observed to decline as they reached their 60s. Prevalence of mental ill-health decreased from 18% at age 60-64 to 15% at age 69.

Co-author, Professor George Ploubidis (UCL Centre for Longitudinal Studies) said: “Thanks to longitudinal data collected from almost 30,000 adults over the past four decades we can examine the trajectory of mental ill-health across two generations since the early 1980s.

“Midlife tends to involve a ‘peak’ in career, with middle-aged adults acquiring increasing responsibility as the ‘decision-makers’ in society, which is accompanied by reduced leisure time, and elevated job-related stress. Middle age is also often associated with changes to family structure, which may be linked with mental health, such as empty nest syndrome and rising rates of divorce.

As people approach their 50s, they are also more likely to be parents and simultaneously care for aging parents. The added pressures of the COVID-19 pandemic may therefore have a more pronounced detrimental effect on the mental health of middle-aged adults as many have increased responsibilities, such as homeschooling their children and caring for older and vulnerable relatives.

“Generation X were more likely to have psychological distress than the Baby Boomers across their lives. They entered the job market in the late 1980s and early 1990s during a period of recession and high unemployment, and also found it more difficult than earlier generations to get on the housing ladder. As a result, these particular circumstances may have had a lasting effect on the mental health of this generation throughout adulthood.”

Co-author, Dr Dawid Gondek (UCL Centre for Longitudinal Studies) added: “Mental health in adolescence and older age tends to gain much more attention than psychological distress in middle age, despite adults being particularly vulnerable to mental ill-health at this stage of life. Our study suggests that increased attention should be paid to the detection and management of mental health in middle age, for instance in primary care. It also implies the need for increased public awareness of psychological problems during midlife.”

The study was funded by the Economic and Social Research Council (ESRC).

About this mental health and aging research news

Psychological distress from early adulthood to early old age: evidence from the 1946, 1958 and 1970 British birth cohorts

We used data from three British birth cohorts: born in 1946 (n = 3093), 1958 (n = 13 250) and 1970 (n = 12 019). The profile of psychological distress – expressed both as probability of being a clinical case or a count of symptoms based on comparable items within and across cohorts – was modelled using the multilevel regression framework.

Across three post-war British birth cohorts midlife appears to be a particularly vulnerable phase for experiencing psychological distress. Understanding the reasons for this will be important for the prevention and management of mental health problems.