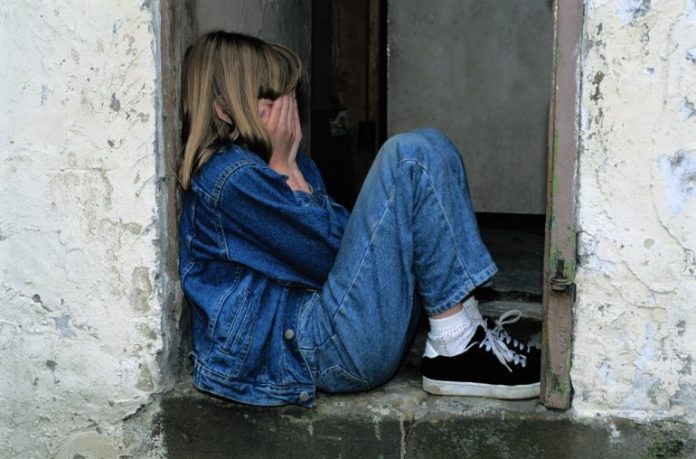 Summary: Infant children whose mothers experienced neglect when they were young showed altered brain circuitry in areas associated with anxiety and fear response.

Early life experiences can have an outsized effect on brain development and neurobiological health. New research is showing that those effects can be passed down to subsequent generations, reporting that the infant children of mothers who had experienced childhood emotional neglect displayed altered brain circuitry involved in fear responses and anxiety.

“These results show that our brain development is not only shaped by what happens in our own life, but is also impacted by things that happened to our parents before we were even conceived,” said lead author of the study, Cassandra Hendrix, PhD, Department of Pyschology, Emory University, Atlanta, GA, USA.

Dr. Hendrix and her colleagues studied 48 Black mother-infant pairs starting in the first trimester of pregnancy. Mothers were given a questionnaire to assess childhood trauma (experiences of early abuse or neglect). The mothers were also evaluated for current, prenatal stress levels, and for anxiety and depression. One month after birth, infants underwent a brain scan using resting-state functional magnetic resonance imaging, a non-invasive technology that could be used while the babies slept naturally.

“These remarkable results leverage our ability to image the brain and its functioning very early in life,” said Cameron Carter, MD, Editor of Biological Psychiatry: Cognitive Neuroscience and Neuroimaging.

The researchers focused on brain connections between the amygdala, which is central to processing fearful emotions, and two other brain regions: the prefrontal cortex and the anterior cingulate cortex. Both areas play a key role in regulating emotions. Babies whose mothers experienced childhood emotional neglect had stronger functional connections between the amygdala and the cortical regions.

After controlling for mothers’ current stress levels, the researchers found that the more emotional neglect a mother had experienced during her own childhood, the more strongly her baby’s amygdala was connected to the frontal cortical regions. Physical abuse or neglect of the mother were not correlated with the stronger connectivity. The findings suggest that childhood emotional neglect has intergenerational effects on brain structure and function.

The significance of the stronger connection remains unclear, said Dr. Hendrix. “The neural signature we observed in the 1-month-old infants of emotionally neglected mothers may be a mechanism that leads to increased risk for anxiety, or it could be a compensatory mechanism that promotes resilience in case the infant has less supportive caregivers.

In either case, emotional neglect from a mother’s own childhood seems to leave behind a neural signature in her baby that may predispose the infant to more readily detect threat in the environment almost from birth. Our findings highlight the importance of emotional support early in life, even for subsequent generations.”

“The findings add to evidence of the intergenerational consequences of early life adversity, such as maternal neglect,” added Dr. Carter. “Future studies that follow children longitudinally will help us understand the functional significance of these changes in brain function in terms of the emotional and social development of children of mothers who experienced early neglect.”

It is well established that exposure to adversity, especially during sensitive periods of development such as childhood, has both behavioral (e.g., increasing one’s risk for psychiatric illnesses) and neurobiological consequences. But could these effects of early life exposure to adversity also be transmitted across generations? Here we directly address this question, investigating the associations between maternal exposure to adversity during her own childhood and neural connectivity in her neonate.

A sample of Black mother-neonate dyads (n=48) – a group that is disproportionately affected by early life adversity – completed questionnaires assessing their current distress (i.e., a composite measure of anxiety, depression, and perceived stress) during the first and third trimesters of pregnancy and retrospectively reported on their own childhood experiences of abuse and neglect. At one-month postpartum, neonatal offspring of these women completed a resting-state fMRI scan during natural sleep.

Greater maternal exposure to emotional neglect during her own childhood correlated with stronger functional connectivity of two different frontoamygdala circuits in these neonates, as early as one month after birth. This effect was specific to early experiences of emotional neglect and was not explained by maternal exposure to other forms of childhood maltreatment or maternal distress during pregnancy.

These results provide novel evidence that the absence of emotional support early in a mother’s life, and years before conception, are associated with neural changes – namely, in functional connectivity between amygdala and medial prefrontal regions – in her offspring shortly after birth.