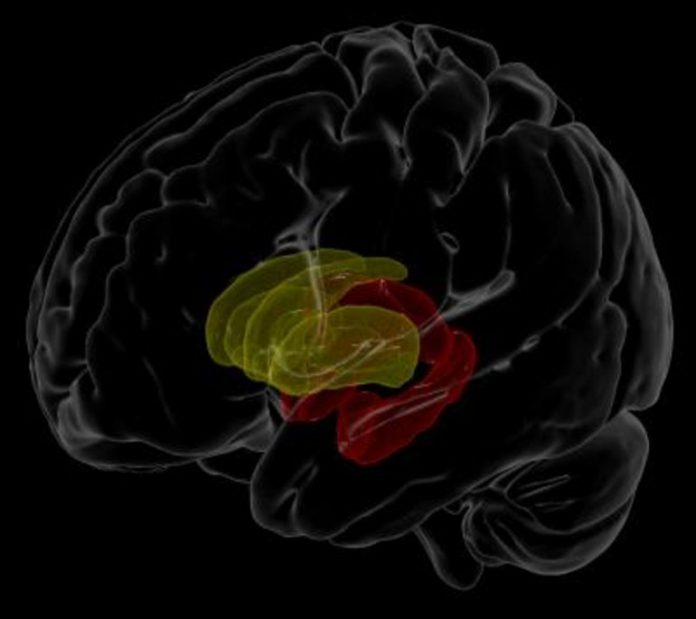 Summary: Lower white blood cell count associated with HIV infection was linked to decreased volume in the hippocampus and thalamus.

Nearly 38 million people around the world are living with HIV, which, with access to treatment, has become a lifelong chronic condition. Understanding how infection changes the brain, especially in the context of aging, is increasingly important for improving both treatment and quality of life.

In January, researchers at the Mark and Mary Stevens Neuroimaging and Informatics Institute (USC Stevens INI), part of the Keck School of Medicine of USC, and other international NeuroHIV researchers, published one of the largest-ever neuroimaging studies of HIV. The researchers pooled magnetic resonance imaging (MRI) data from 1,203 HIV-positive individuals across Africa, Asia, Australia, Europe and North America.

Their findings were published in JAMA Network Open, an open-access journal from the American Medical Association.

“Brain injury caused by HIV can lead to cognitive challenges, even in those receiving treatment,” says Talia Nir, PhD, a postdoctoral scholar at the USC Stevens INI’s Laboratory of Brain eScience (LoBeS) and first author of the study. “Establishing a common pattern of effects on the brain across different populations is a key step toward addressing those issues. The strength of this large dataset is that it is more representative of an era where treatment for HIV infection is widely available.”

The researchers looked at the link between blood plasma, which is routinely collected to monitor immune function and treatment response, and the volume of various structures in the brain. Lower white blood cell counts generally indicate that the immune system is being suppressed. Here, they found, for example, that participants with lower white blood cell counts also had less brain volume in the hippocampus and thalamus, parts of the brain’s limbic system involved in regulating memory, emotion and behavior.

These findings are important because they were largely derived from brain scans of individuals undergoing antiretroviral therapy–and they indicate that people receiving such treatment may exhibit a different brain injury signature compared to untreated individuals, which earlier studies tended to focus on. They highlight deficits in brain areas that are also vulnerable to age-related neurodegenerative diseases.

Accelerated atrophy of the hippocampus, the region that showed the most consistent effects in the study, is a hallmark of neurodegenerative diseases such as Alzheimer’s disease. Common age and HIV-related pathological processes, such as inflammation and blood brain barrier impairment, may accelerate age-related neurodegenerative processes.

“There are many factors that contribute to brain tissue loss and subsequent cognitive impairments as we age, and a person’s immune function is no exception,” says Neda Jahanshad, PhD, associate professor of neurology at the INI and one of the senior authors of the study. “Through these large-scale efforts, we’re beginning to understand the link between immune function and brain alterations in individuals living, and aging, with HIV.”

The analysis was a product of the Enhancing Neuro Imaging Genetics through Meta-Analysis (ENIGMA) consortium’s HIV Working Group, established by Jahanshad and colleagues in 2013 to pool harmonized data across neuroimaging studies. The ENIGMA network at large, led by the institute’s associate director, Paul M. Thompson, PhD, unites neuroimaging researchers in 45 countries to study psychiatric disorders, neurodegenerative diseases and other aspects of brain function.

n addition to housing ENIGMA, the USC Stevens INI is a powerhouse of neuroimaging and related science, known for large cohort analyses of imaging, genetics, behavioral, clinical and other data. Investigators from 13 existing HIV studies in the United States, France, Serbia, Australia, Thailand and South Africa collaborated on the JAMA Network Open paper.

Next, the team will analyze imaging data over time, including diffusion imaging data, another type of MRI data that maps the brain’s white matter pathways, to further understand how clinical markers of HIV infection affect the brain and the rate of neurodegeneration. As part of that ongoing work, they are inviting researchers around the world to join the ENIGMA-HIV Working Group.

“With a greater collaborative effort, we hope to be able to assess how genetic, environmental, lifestyle and treatment-related factors may further impact neurological outcomes,” Nir says.

About this neuroanatomy research news

Source: USC
Contact: Laura LeBlanc – USC
Image: The image is credited to Talia M. Nir, Neda Jahanshad, and James Stanis of the Mark and Mary Stevens Neuroimaging and Informatics Institute at the Keck School of Medicine of USC.

To examine structural brain associations with the most commonly collected clinical assessments of HIV burden (CD4+ T-cell count and viral load), which are generalizable across demographically and clinically diverse HIV-infected individuals worldwide.

This cross-sectional study established the HIV Working Group within the Enhancing Neuro Imaging Genetics Through Meta Analysis (ENIGMA) consortium to pool and harmonize data from existing HIV neuroimaging studies. In total, data from 1295 HIV-positive adults were contributed from 13 studies across Africa, Asia, Australia, Europe, and North America. Regional and whole brain segmentations were extracted from data sets as contributing studies joined the consortium on a rolling basis from November 1, 2014, to December 31, 2019.

In a large-scale international population of HIV-positive individuals, volumes of structures in the limbic system were consistently associated with current plasma markers. Our findings extend beyond the classically implicated regions of the basal ganglia and may represent a generalizable brain signature of HIV infection in the cART era.

Staring at Yourself During Virtual Chats May Worsen Your Mood