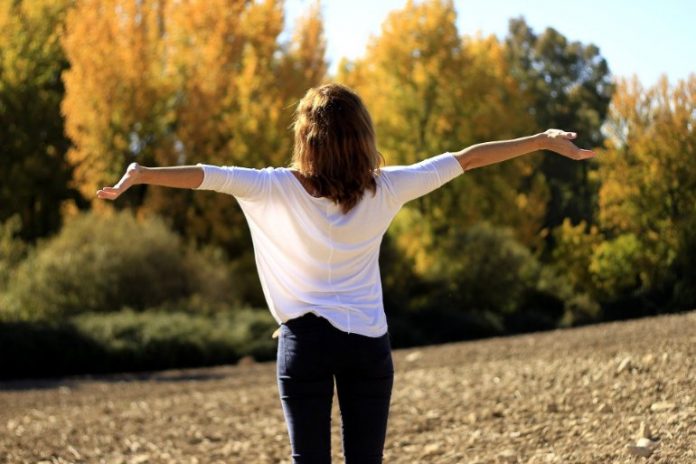 Summary: In most community settings, compared with doing nothing, mindfulness reduced stress, anxiety, depression, and increased wellbeing. However, in some cases, mindfulness may be no better than other practices to reduce anxiety and depression.

Mindfulness courses can reduce anxiety, depression and stress and increase mental wellbeing within most but not all non-clinical settings, say a team of researchers at the University of Cambridge. They also found that mindfulness may be no better than other practices aimed at improving mental health and wellbeing.

Mindfulness is typically defined as ‘the awareness that emerges through paying attention on purpose, in the present moment, and nonjudgmentally to the unfolding of experience moment by moment’. It has become increasingly popular in recent years as a way of increasing wellbeing and reducing stress levels.

In the UK, the National Health Service offers therapies based on mindfulness to help treat mental health issues such as depression and suicidal thoughts. However, the majority of people who practice mindfulness learn their skills in community settings such as universities, workplaces, or private courses. Mindfulness-based programmes are frequently promoted as the go-to universal tool to reduce stress and increase wellbeing, accessible to anyone, anywhere.

Many randomised controlled trials (RCTs) have been conducted around the world to assess whether in-person mindfulness training can improve mental health and wellbeing, but the results are often varied.

In a report published today in PLOS Medicine, a team of researchers from the Department of Psychiatry at the University of Cambridge led a systematic review and meta-analysis to examine the published data from the RCTs. This approach allows them to bring together existing – and often contradictory or under-powered – studies to provide more robust conclusions.

The team identified 136 RCTs on mindfulness training for mental health promotion in community settings. These trials included 11,605 participants aged 18 to 73 years from 29 countries, more than three-quarters (77%) of whom were women.

The researchers found that in most community settings, compared with doing nothing, mindfulness reduces anxiety, depression and stress, and increases wellbeing. However, the data suggested that in more than one in 20 trials settings, mindfulness-based programmes may not improve anxiety and depression.

Dr Julieta Galante from the Department of Psychiatry at the University of Cambridge, the report’s first author, said: “For the average person and setting, practising mindfulness appears to be better than doing nothing for improving our mental health, particularly when it comes to depression, anxiety and psychological distress – but we shouldn’t assume that it works for everyone, everywhere.

“Mindfulness training in the community needs to be implemented with care. Community mindfulness courses should be just one option among others, and the range of effects should be researched as courses are implemented in new settings. The courses that work best may be those aimed at people who are most stressed or in stressful situations, for example health workers, as they appear to see the biggest benefit.”

The researchers caution that RCTs in this field tended to be of poor quality, so the combined results may not represent the true effects. For example, many participants stopped attending mindfulness courses and were not asked why, so they are not represented in the results. When the researchers repeated the analyses including only the higher quality studies, mindfulness only showed effects on stress, not on wellbeing, depression or anxiety.

When compared against other ‘feel good’ practices such as exercise, mindfulness fared neither better nor worse. Professor Peter Jones, also from Cambridge’s Department of Psychiatry, and senior author, said: “While mindfulness is often better than taking no action, we found that there may be other effective ways of improving our mental health and wellbeing, such as exercise. In many cases, these may prove to be more suitable alternatives if they are more effective, culturally more acceptable or are more feasible or cost effective to implement. The good news is that there are now more options.”

The researchers say that the variability in the success of different mindfulness-based programmes identified among the RCTs may be down to a number of reasons, including how, where and by whom they are implemented as well as at whom they are targeted.

The techniques and frameworks taught in mindfulness have rich and diverse backgrounds, from early Buddhist psychology and meditation through to cognitive neuroscience and participatory medicine – the interplay between all of these different factors can be expected to influence how effective a programme is.

The number of online mindfulness courses has increased rapidly, accelerated further by the COVID-19 pandemic. Although this review has not looked at online courses, studies suggest that these may be as effective as their offline counterparts, despite most lacking interactions with teacher and peers.

Dr Galante added: “If the effects of online mindfulness courses vary as widely according to the setting as their offline counterparts, then the lack of human support they offer could cause potential problems. We need more research before we can be confident about their effectiveness and safety.”

Mindfulness-based programmes for mental health promotion in adults in nonclinical settings: A systematic review and meta-analysis of randomised controlled trials

There is an urgent need for mental health promotion in nonclinical settings. Mindfulness–based programmes (MBPs) are being widely implemented to reduce stress, but a comprehensive evidence synthesis is lacking. We reviewed trials to assess whether MBPs promote mental health relative to no intervention or comparator interventions.

Compared with taking no action, MBPs of the included studies promote mental health in nonclinical settings, but given the heterogeneity between studies, the findings do not support generalisation of MBP effects across every setting. MBPs may have specific effects on some common mental health symptoms. Other preventative interventions may be equally effective. Implementation of MBPs in nonclinical settings should be partnered with thorough research to confirm findings and learn which settings are most likely to benefit.

Regular Exercise May Lower Risk of Developing Anxiety by Almost 60%

New Discovery for How the Brain ‘Tangles’ in Alzheimer’s Disease