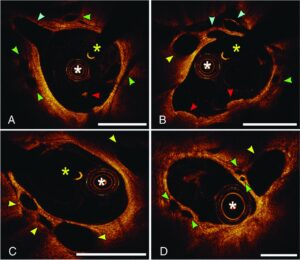 Endovascular optical coherence tomography imaging was feasible in this preclinical animal study. Adoption of this imaging technique in the human cerebral venous sinus could aid in the diagnosis, treatment, and understanding of the pathophysiology of various diseases of the sinus. Human safety and feasibility studies are needed.

Connecting Across the Ocean to Present on Tactile Empathy