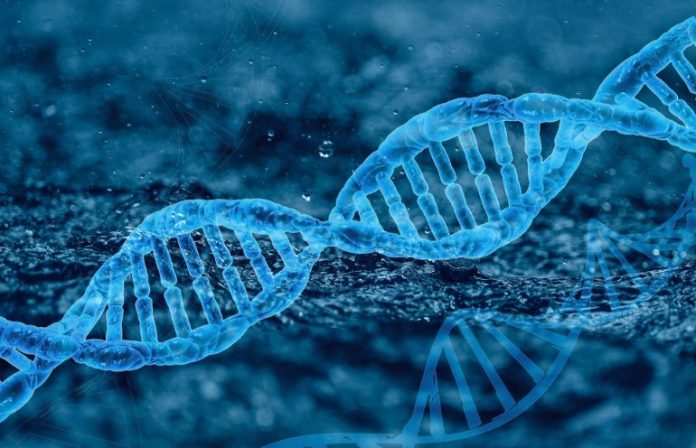 Summary: People with one of four genetic disorders express symptoms associated with autism, although they do not meet the criteria for ASD diagnosis.

People with certain genetic conditions are likely to have significant symptoms of autism, even if they do not meet all diagnostic criteria, a study concludes.

Researchers at Cardiff University say their findings show clinical services need to adapt so that people diagnosed with autism-linked genetic conditions are not denied access to vital support and interventions.

Published in The American Journal of Psychiatry, the international study analysed data from 547 people who had been diagnosed with one of four genetic conditions, also known as copy number variants (CNVs), associated with a high chance of autism – 22q11.2 deletion, 22q11.2 duplication, 16p11.2 deletion and 16p11.2 duplication.

CNVs happen when a small section of a person’s DNA is missing or duplicated. Certain CNVs have been linked to a range of health and developmental issues. They can be inherited but can also occur at random.

Dr Samuel Chawner, based at Cardiff University’s MRC Centre for Neuropsychiatric Genetics and Genomics said: “Our study shows that an individualised approach is needed when assessing the needs of people with genetic conditions. Although many of those who were included in this study would not have met all of the criteria which define someone as having autism, more than half of those with these genetic conditions had significant symptoms associated with it – such as social and communication difficulties or repetitive behaviours.

“There is a danger that being too prescriptive with how autism is diagnosed will result in these individuals slipping through the net and being denied important services. Sadly, many families we have met through doing this research describe longstanding struggles in accessing autism support for their child. This is often due to a lack of integration between genetic testing services and autism diagnosis services.

“Low awareness of genetic conditions can also be a barrier. It is important that clinicians are aware of the risk of autism associated with certain genetic conditions in order to improve opportunities for early diagnosis and support.”

Data for the study was pooled from eight clinical research centres around the world, which had used the “Autism Diagnostic Interview – Revised (ADI-R)” and IQ tests on study participants.

The ADI-R is used internationally in research as well as in clinical settings for making autism diagnoses. It involves an interview with the parent or guardian and asks about the child’s developmental history across areas of social skills, communication skills and repetitive behaviours.

It is estimated that 15% of autistic people and 60% of people with developmental delay have a genetic condition.

Helen Hyde’s 16-year-old daughter, Hermione, was diagnosed with 22q.11.2 Deletion when she was four. Her genetic diagnosis first came to light after it was found she had a cleft palate, which affects her speech. She has Developmental Verbal Dyspraxia (DVD), which causes difficulties with how she processes and communicates language. As a consequence Mini attends a school for pupils with language disorders where she is fully supported in her education. She has also been diagnosed with comorbid anxiety.

Mini, as she’s known to her family, wasn’t formally diagnosed with autism until last year, even though researchers at Cardiff University and her school had previously flagged that she had autistic traits. The family have been involved in studies with Cardiff University’s Copy Number Variant research group for eight years.

“In many ways, the physical diagnosis of Mini’s cleft palate has been easier to deal with than the autism and mental health issues,” said Helen, also mum to Olivia, 19 and Edward, 23.

“People have less of an understanding of Mini’s autistic traits and it’s been much harder to get the right support for her.

“That’s why Cardiff University’s research in this area is so vital. It’s giving us the tools to be able to fight Mini’s corner so that she fulfils her potential.”

Mini said: “At first I did not know what 22q was but now I understand more. My main problem is my speech. Sometimes people don’t understand me and that can make me cross. Sometimes I find lessons difficult and I need a lot of help at school. I know they can learn lots of things from these studies and this will help people with 22q in the future.”

Tracy Elliot, Head of Research and Information at charity Cerebra, said: “We know many children and families frequently have problems in accessing autism support services or face very long delays. We welcome the findings of this research that indicate that individuals with different genetic conditions could benefit from the same autism support. This reinforces the case for improved support and should ease the path for parents and children with rare conditions.”

About this autism and genetics research news

Certain copy number variants (CNVs) greatly increase the risk of autism. The authors conducted a genetics-first study to investigate whether heterogeneity in the clinical presentation of autism is underpinned by specific genotype-phenotype relationships.

The four genetic variant groups differed in autism symptom severity, autism subdomain profile, and IQ profile. However, substantial variability was observed in phenotypic outcome in individual genetic variant groups (74%–97% of the variance, depending on the trait), whereas variability between groups was low (1%–21%, depending on the trait). CNV carriers who met autism criteria were compared with individuals with heterogeneous autism, and a range of profile differences were identified. When clinical cutoff scores were applied, 54% of individuals with one of the four CNVs who did not meet full autism diagnostic criteria had elevated levels of autistic traits.

Many CNV carriers do not meet full diagnostic criteria for autism but nevertheless meet clinical cutoffs for autistic traits. Although profile differences between variants were observed, there is considerable variability in clinical symptoms in the same variant.