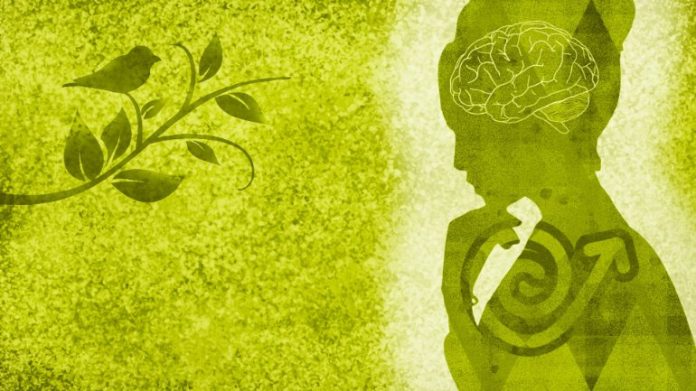 Posttraumatic stress disorder (PTSD) is a complex psychiatric disorder brought on by physical and/or psychological trauma. How its symptoms, including anxiety, depression and cognitive disturbances arise remains incompletely understood and unpredictable.

“The relationship between TBI and PTSD has garnered increased attention in recent years as studies have shown considerable overlap in risk factors and symptoms,” said lead author Murray Stein, MD, MPH, FRCPC, a Distinguished Professor of Psychiatry and Family Medicine & Public Health at the University of California San Diego, San Diego, La Jolla, CA, USA. “In this study, we were able to use data from TRACK-TBI, a large longitudinal study of patients who present in the Emergency Department with TBIs serious enough to warrant CT (computed tomography) scans.”

The researchers followed over 400 such TBI patients, assessing them for PTSD at 3 and 6 months after their brain injury. At 3 months, 77 participants, or 18 percent, had likely PTSD; at 6 months, 70 participants or 16 percent did. All subjects underwent brain imaging after injury.

“MRI studies conducted within two weeks of injury were used to measure volumes of key structures in the brain thought to be involved in PTSD,” said Dr. Stein. “We found that the volume of several of these structures were predictive of PTSD 3-months post-injury.”

Specifically, smaller volume in brain regions called the cingulate cortex, the superior frontal cortex, and the insula predicted PTSD at 3 months. The regions are associated with arousal, attention and emotional regulation. The structural imaging did not predict PTSD at 6 months.

The findings are in line with previous studies showing smaller volume in several of these brain regions in people with PTSD and studies suggesting that the reduced cortical volume may be a risk factor for developing PTSD. Together, the findings suggest that a “brain reserve,” or higher cortical volumes, may provide some resilience against PTSD.

Although the biomarker of brain volume differences is not yet robust enough to provide clinical guidance, Dr. Stein said, “it does pave the way for future studies to look even more closely at how these brain regions may contribute to (or protect against) mental health problems such as PTSD.”

Cameron Carter, MD, Editor of Biological Psychiatry: Cognitive Neuroscience and Neuroimaging, said of the work, “This very important study uses magnetic resonance imaging to take the field a step closer to understanding why some people develop PTSD after trauma and others do not. It also lays the groundwork for future research aimed at using brain imaging to help predict that a person is at increased risk and may benefit from targeted interventions to reduce the clinical impact of a traumatic event.”

About this TBI and PTSD research news

Brain volumes in regions such as the hippocampus and amygdala have been associated with risk for development of PTSD. The objective of this study was to determine whether a set of regional brain volumes, measured by MRI at 2 weeks following mTBI (GCS 13-15), are predictive of PTSD at 3- and 6-months post-injury.

This study uses data from TRACK-TBI, a prospective longitudinal study of patients with mTBI. We included patients (N = 421) assessed after evaluation in the Emergency Department, and at 2 weeks (including MRI), 3-, and 6-months post-injury. Probable PTSD diagnosis (PCL-5 score > 33) was the outcome. The Freesurfer 6.0 processing pipeline was used to perform volumetric analysis of 3D T1-weighted MRI at 3 Tesla. Brain regions selected a priori for volumetric analyses were insula, hippocampus, amygdala, superior frontal cortex, rostral and caudal anterior cingulate, and lateral and medial orbitofrontal cortex.

77 (18.3%) and 70 (16.6%) patients had probable PTSD at 3- and 6-months. A composite volume derived as the first principal component (PC1) incorporating 73.8% of the variance in insula, superior frontal cortex, and rostral and caudal cingulate contributed to prediction of 3-month (but not 6-month) PTSD in multivariable models incorporating other established risk factors.

Results, while in need of replication, provide support for a brain reserve hypothesis of PTSD and proof-of-principle for how prediction of at-risk individuals might be accomplished to enhance prognostic accuracy and to enrich clinical prevention trials for individuals at highest risk of PTSD following mTBI.

An Intriguing Connection Between Diet, Eye Health, and Lifespan