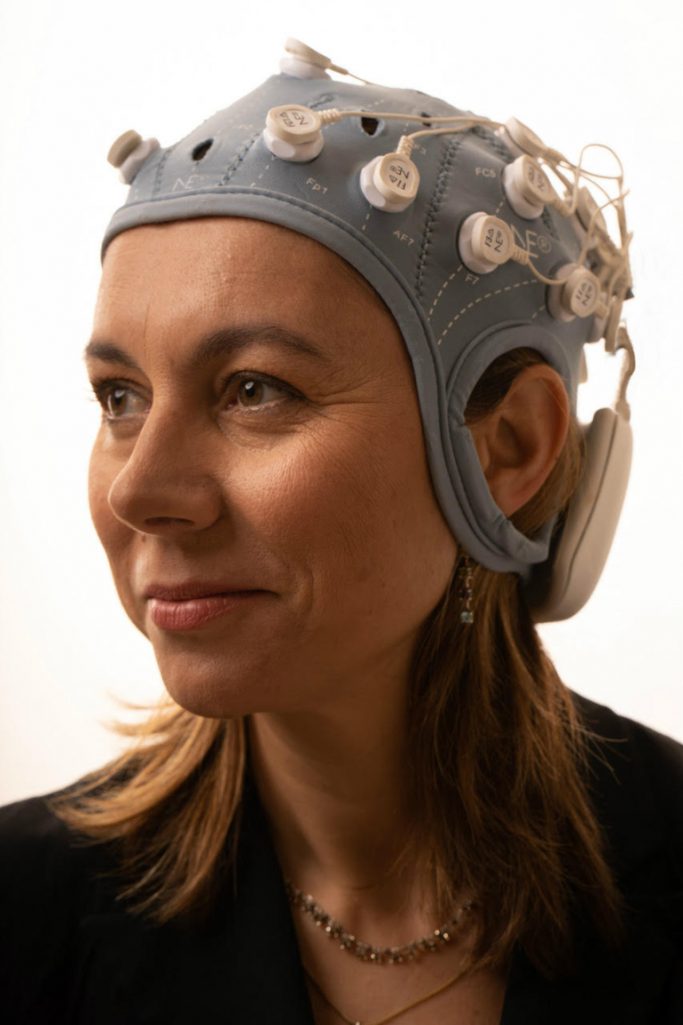 Summary: Non-invasive brain stimulation in a telemedicine delivery model ensures that patients can maintain their treatment plans even when it becomes impractical or impossible to visit a care setting.

The selection and efficacy of drugs for treating brain diseases such as Alzheimer’s continue to improve, but they still fall short of where they need to be. For example, one third of the world’s 70 million epilepsy patients don’t respond to medication. That’s 23 million people – plus hundreds of millions more when you add in all of the other brain disorders that are difficult or impossible to treat with medication.

Even when drugs are effective, they frequently have side effects. For example, insomnia often is treated with zopiclone, zolpidem and zaleplon, which can cause adverse reactions such as aggression, drowsiness and memory loss.

These limitations and drawbacks highlight the need for new treatments that use technology rather than pharmaceuticals. One promising area of research is non-invasive brain stimulation, which uses externally applied low-voltage current to correct the underlying electrophysiological dysfunction associated with a wide variety of neurological and psychiatric indications. In certain cases, brain stimulation can be paired with EEG and even video games to address conditions such as cognitive decline.

These and other types of non-invasive brain stimulation can leverage a variety of widely available technologies, such as cloud storage. They can also take advantage of the telemedicine trend, including the devices, broadband infrastructure and methods used to treat myriad other conditions, such as diabetes and heart disease.

One example is a tablet-style device that automatically downloads physician-prescribed brain-stimulation treatment plans, called “montages,” from the cloud and alerts the patient when it’s time for each therapy session. This in-home convenience eliminates the challenges and costs that arise when patients have to travel for treatment, even when it’s just across town – let alone hours away.

The positive effects of this type of technology could ripple throughout society. For instance, some college students who suffer from depression and anxiety have dropped out because their schools won’t allow them to take all classes remotely during the pandemic. Others are struggling with the quarantines and other isolation brought on by COVID-19. Being able to receive therapy in their dorm or apartment could help them get through this difficult time.

Convenience for Patients and Control for Physicians

These benefits aren’t hypothetical, either. Take the example of an epilepsy treatment currently poised to enter the final, or “pivotal,” phase of clinical testing.

This system includes a cap with up to 32 bidirectional electrodes and a small, embedded amplifier to inject very small amounts of current into the brain. The cap connects wirelessly to a tablet that guides the patient through each treatment session.

Researchers use each patient’s baseline MRI and EEG data to build a 3D model of his/her brain and pinpoint the seizure’s location. The software then uses proprietary algorithms to determine which electrodes to activate during treatment and the optimal amount of current. The result is physician-led, highly personalized therapy that patients can access in the comfort of their own home.

The system provides physicians with several tools, including remote access — both real time and historical — to information such as impedance data and questionnaire responses. Physicians also can create custom waveforms and update study requirements.

Non-invasive brain stimulation in a telemedicine delivery model ensures that patients can maintain their treatment plans even when it becomes impractical or impossible to visit a care setting. In March and April, COVID-19 patients began to inundate many of the same clinics and hospitals that provide depression treatments such as transcranial magnetic stimulation. While pandemics are rare, a bad flu season can also overwhelm clinics and hospitals, or at least make patients reluctant to visit them. Both can lead to setbacks in their treatments.

The FDA already recognizes telemedicine’s potential to overcome these challenges. When the pandemic hit the U.S. in the spring, the FDA agreed to allow non-invasive brain stimulation treatment at home for depression.

Telemedicine applications typically require internet access, which can be a barrier to adoption for rural and elderly patients. This barrier can be overcome by providing treatment devices that are pre-provisioned with internet access. Cellular broadband technologies such as 4G and 5G are ideal because unlike Wi-Fi, they don’t require the patient to have DSL, cable or fiber, plus a home wireless access point. All the patient needs to do is turn on the device, which then automatically looks for the right mobile network, establishes a connection and begins downloading the treatment plan.

FDA and Physician Oversight are Critical

Breakthrough technologies and innovative treatments require careful consideration in terms of how they affect patients’ lives. Non-invasive brain stimulation in a telemedicine delivery model is no exception. Clinical trials are key for understanding, for example, how this technology affects a patient’s decision-making capabilities and the long-term consequences of non-invasive brain stimulation.

FDA oversight is equally important. This technology is intended to be a medical product used by patients only under physician supervision. It is not an over-the-counter device they can buy online and then experiment with on their own. FDA approval and physician supervision are crucial for getting this life-changing treatment into the lives of people who need it most – and ensuring that their treatment is safe and effective.

Ana Maiques is the CEO of Neuroelectrics, a company aiming to change the way we interact with the brain, developing wearable innovative technologies to non-invasively monitor (EEG) and stimulate the brain (tCS-electrical stimulation) to help many patients in need. The company has already started two clinical FDA trials on depression and epilepsy and is investigating other diseases such as Alzheimer’s disease. Neuroelectrics technologies may have a profound impact in the way mental and brain health is provided, allowing patients to be both treated and monitored at home and also help to understand better the brain network dynamics on those patient populations in order to personalise treatments.

Recently, Ana Maiques participated in an industry panel at the 2020 IEEE Brain Initiative Workshop on Advanced Neurotechnologies. This virtual event highlighted the development of novel technological innovations, covering both invasive and non-invasive approaches.

Ana Maiques was nominated by IESE as one of the most influential entrepreneurs under 40 in Spain (2010) and received the EU Prize for Women Innovators from the European Commission EC in 2014 and one of the Most Inspiring Fifty Women in Europe. Neuroelectrics recently received the Best Start-up in Health 2015 bye Wired UK magazine in an amazing event in London. The company was awarded as one of the 2016 Best Entrepreneurial Companies in USA  by Entrepreneur Magazine. She recently joined the European Innovation Council Advisory Board, the pan European organism that aims to scale up European companies. She spends her time between Barcelona and Boston.

How common is violence by psychiatric patients? ( Lancet Psych 2021)