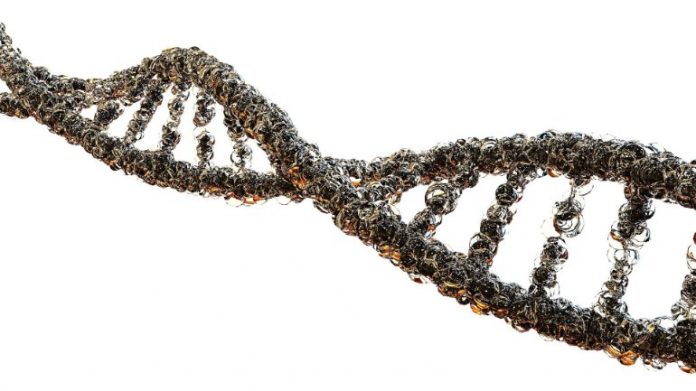 Summary: The severity of autism symptoms depends on which specific functional unit within a gene is the target of the mutation.

One of the most recognizable characteristics of autism is an amazing diversity of associated behavioral symptoms. Clinicians view autism as a broad spectrum of related disorders, and the origin of the disease’s heterogeneity has puzzled scientists, doctors, and affected families for decades.

In a recent study, researchers at Columbia University Vagelos College of Physicians and Surgeons have made an important step towards understanding the biological mechanisms underlying the cognitive and behavioral diversity of autism cases triggered by de novo truncating mutations. These mutations occur in parents’ germline cells and usually strongly disrupt the functions of target genes. De novo truncating mutations are responsible for close to 5% of autism cases and up to 20% of cases seen clinically.

Autism spectrum disorders that are triggered by a single disrupted gene represent a relatively simple genetic type of the disease. The perplexing observation that scientists were grappling with for many years is that even when truncating mutations occur in the same gene, they often lead to a wide range of symptoms and behavioral patterns in different children.

The new study found that the severity of autism symptoms often depends on which specific functional unit within a gene is the target of a mutation.

“It turns out that we weren’t looking closely enough at how and where an autism gene is mutated,” says study leader Dennis Vitkup, PhD, associate professor of systems biology and of biomedical informatics at Columbia University Vagelos College of Physicians.

Human genes, similar to genes of other eukaryotic species, are composed of separate coding units, called exons, which are frequently joined together in different combinations across tissues and developmental stages. “Upon closer examination, we found that different children with truncating mutations in the same exon have strikingly similar behavioral symptoms and disabilities,” Vitkup says.

The study was published online in the journal Molecular Psychiatry.

In the study, Vitkup and colleagues Andrew H. Chiang, Jonathan Chang, and Jiayao Wang analyzed genetic and clinical data from over 2,500 people with autism, focusing on cases resulting from truncating mutations.

When the researchers compared random pairs of children with autism, they found that their nonverbal, verbal, and overall IQ scores differed on average by more than 30 points. Children with truncating mutations in the same gene showed similar differences.

However, when the researchers compared autistic children affected by mutations in the same exon of the same gene, their IQs differed by less than ten points, which is comparable to the IQ measurement errors. The researchers observed very similar patterns for multiple other scores characterizing children’s communication, social, and motors skills.

“This tells us that, with autism-associated truncating mutations, it’s the exon, and not the whole gene, that often represents a functional unit of impact,” Vitkup says.

The researchers demonstrated that the behavioral and cognitive severity of autism is proportional to the likelihood with which targeted exons are used in gene transcripts, with more severe effects associated with mutations in more frequently used exons. When mutations occur in the same exon, the resulting expression-level changes are especially similar, leading to similar clinical consequences.

Surprisingly, the study also showed that the gene expression changes caused by truncating mutations can be quite mild. “Our analysis demonstrates that autism cases can be triggered by relatively small changes in overall gene dosage, often as small as 15%,” says the study’s first author Andrew Chiang, a graduate student in the Department of Biomedical Informatics.

The study may have significant implications for precision medicine. Diagnostic and prognostic tests may now pay special attention to specific exons affected by truncating mutations.

The study also suggests a therapeutic approach for alleviating the consequences of truncating mutations in autism. “It would be very hard to develop drugs for thousands of different mutations in many hundreds of target autism genes,” Vitkup says, “but our study demonstrates that behavioral abnormalities often originate from relatively small decreases in the target gene’s dosage. These genetic insults may be, at least partially, compensated by increasing the expression of an unaffected gene copy using new molecular tools such as CRISPR.”

Funding: The research was funded by the Simons Foundation (SFARI grant 308962), the National Institutes of Health (T15LM007079), and a Ruth L. Kirschstein National Research Service Award.

The authors declare no conflicts of interest.

About this autism and genetics research news

Original Research: The study will appear in Molecular Psychiatry

Pregnant Women With Migraine at Higher Risk of Complications

When Homosexuality Was a “Disease”: My Story of Abuse