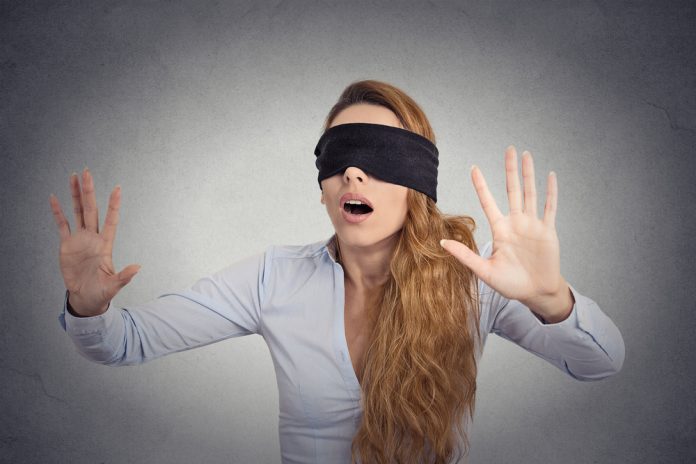 “For e’en tho’ vanquished, he could argue still;”
From The Deserted Village (1770)
by Oliver Goldsmith

On June 23, 2020, Awais Aftab, MD, psychiatrist, published an interview with Ronald Pies, MD, also a psychiatrist, in Psychiatric Times.  The interview was titled The Battle for the Soul of Psychiatry: Ronald W. Pies, MD.  I critiqued Dr. Pies’ responses here.

In the light of a more recent publication by Dr. Pies, I would like to recall some comments concerning the notorious chemical imbalance deception that the learned doctor made in the earlier interview.

“At worst, it seems like at least some of us were participants. Ken Kendler writes in a 2019 JAMA Psychiatry commentary, ‘I would commonly see patients who would say some version of “my psychiatrist said I have a chemical imbalance in my brain.”‘10 I have had a very similar experience myself. Either way, surely as a profession, we could have done a better job of educating our patients and the public?”

To which Dr. Pies responds:

“Yes, I agree that we—all of us—could have done a better job of counteracting the so-called ‘chemical imbalance’ trope, which, as your comments imply, was more a creature of ‘Mad Men’ than of men and women who study madness! I wish I had tackled the issue earlier than my 2011 article.11

And, yes—we often hear anecdotes concerning patients who tell their current clinician some version of, ‘My psychiatrist said I have a chemical imbalance . . .’ But where is the evidence that this is what patients were actually told? Who has contacted the patient’s psychiatrist, or reviewed his/her case notes, to see if that was really what the patient was told? To my knowledge, there has never been a study examining the ‘other side of the story’—and, to be clear: patients are not infallible recorders of what their doctors tell them.”

In other words, Dr. Pies is stating categorically that “patients” can’t be trusted unless their assertions are confirmed by their psychiatrists.

But since the psychiatrists know that the chemical imbalance theory/guess/conjecture is a falsehood, how likely is it that they would provide such a confirmation?

I went into all this material fairly thoroughly in my earlier post, so there’s no need to rehash it here.

So let’s move on to Dr. Pies’ more recent gem of psychiatric defensiveness.  It’s called Is Depression a Disease?, published in Psychiatric Times on November 9 2020.  The post is essentially an unfounded attack on the British Psychological Society’s report:  Understanding Depression:  Why adults experience depression and what can help, October 2020.

“This article represents my assessment of the BPS report (verdict 1) followed by selected comments by a freelance journalist (verdict 2). The blogger, Lucy Dimbylow, has permitted me to quote her rejoinder to the BPS report. Her remarks have particular import and gravitas, owing to Dimbylow’s history of ‘recurrent episodes of paralyzing depression.’”

There is a slight ambiguity in the above quote in that “the blogger” and the “freelance journalist” are one and the same person: Lucy Dimbylow.

Dr. Pies’ “verdict” on the BPS report is predictable.  Here are two quotes:

“In effect, it [the BPS report] gives appropriate attention to psychosocial and cultural factors in depression, but mostly neglects and largely devalues the biological factors that underlie severe depressive illness. As for somatic treatments, including antidepressants, the report’s tone and posture might be characterized as disgruntled acquiescence.”

“The report immediately sets off alarm bells with its central argument ‘that depression is best thought of as an experience, or a set of experiences, rather than as a disease.’ Later, the BPS editors double down: ‘The most important message of this report is that depression is not a disease but a human experience: a complex, understandable set of psychological responses to the events and circumstances of our lives.’”

Dr. Pies criticizes the BPS report on a number of fronts, but it is clear that his primary issue is whether or not “clinically significant depression” is a disease.

“And more important: why does the BPS refuse to acknowledge that clinically significant depression—while quite obviously an experience—also represents a state of disorder, illness, or disease?”

The answer to which, of course, is: because it isn’t!  But I’ve been explaining this to Dr. Pies for years now, and he still hasn’t got it.  As the learned doctor states so eloquently later in the piece:

“‘There are none so blind as those who will not see.’”

which, incidentally, strikes me as the perfect epitaph for psychiatry when it finally slides into the morass of self-inflicted irrelevancy.

Dr. Pies ends his “verdict” with this:

“Personal narratives are vital. To the BPS report’s credit, it does contain a number of balloon quotes from individuals who have actually suffered from clinical depression, and some such accounts help convey depression’s ‘disorderness.’ An individual shared:

‘When I have low mood, it can last as long as between a couple of weeks to 2 years, with 6 months average. I feel desperate, “Emotional Death.”  I am frightened of the future, I fear life and welcome death. I have attempted suicide several times since I have no hope and fear the future, since I don’t think I will ever get better.‘

Personal accounts of this nature help rescue the BPS report—just barely—from anodyne inconsequence, and lead us to Dimbylow’s moving narrative.”

Dr. Pies opens this section of his post with:

“In her blog, Dimbylow10 expresses the profoundly disruptive and incapacitating nature of severe, recurrent depressive illness, including the risk of serious self-injury and suicide.”

Then he provides the following quotes from Lucy Dimbylow’s blog.  (Dr. Pies, for no clear reason, puts all these quotes in italics even though they are in plain case in Ms. Dimbylow’s post.)

“‘My life, almost since I can remember, has been plagued by recurrent episodes of paralyzing depression. I’ve tried to end my life more times than I can remember, and my body is covered in scars. I’ve been in ambulances, in intensive care, and sectioned in a psych hospital. I’ve been a missing person with the local police force searching for me.’”

“‘But according to the British Psychological Society (BPS), I’m not ill: I have what they describe in their new report, Understanding Depression, as “a common human experience.’”

‘”Common human experiences” have no relation whatsoever to the severe, enduring clinical depression that leaves me bleeding on the bathroom floor or semi-conscious in the back of an ambulance.’”

“‘According to the BPS, though, clinical depression isn’t even an illness.’”

“”[Then] how do they explain the fact that medication (usually) keeps me stable, or that trying to come off my anti-psychotic led to the best part of 2 months in a psych unit? How do they explain the way my mood can crash from totally fine to abject, suicidal despair with no external trigger?’”

‘”It’s gaslighting on an extreme level, and what makes it desperately sad is that it comes from an authority that should be firmly on the side of those of us who live with mental health conditions like major clinical depression.“‘

‘”Right now, I’m glad that I’m in a strong mental state, and not standing on that bridge waiting to jump. Because had I read the report while in a severe depressive crisis, it would have pushed me—literally—over the edge.“‘

But he omits any reference to Ms. Dimbylow’s staunch adherence to the chemical imbalance theory, to which he took such exception in his earlier interview with Dr. Aftab.

Here’s what Ms. Dimbylow wrote on this matter:

“True, there are no tests for the biochemical imbalances that can tip me from stable to clinging to a bridge within the space of a few days, no brain scan that shows broken areas in my head. But to say my illness – the illness of millions – doesn’t exist because it can’t be evidenced? I can’t accept that.” [Lucy’s Depression Diary, “Not an illness? A response to the British Psychological Society report, ‘Understanding Depression,’ October 2020”]

There are numerous responses that could be made to Ms. Dimbylow’s statements and questions.  But that is not my purpose here.

Rather, my purpose is to highlight the profound discrepancy in Dr. Pies’ attitude of disbelief  towards the earlier “patients” who said that their psychiatrist told them they had chemical imbalances, vs. his attitude of total acceptance of Ms. Dimbylow’s accounts of her “illness”, including her commitment to “biochemical imbalances”.

We call it PREJUDICE.  (preconceived judgment or opinion)

And what do we call individuals who practice this kind of prejudice?

We call them DOGMATISTS.  (people given to the expression of opinions very strongly or positively, as if they were facts)

And so, the eminent Dr. Pies, in his zeal to defend the indefensible, drives another nail into psychiatry’s coffin.  May he long continue to write.  He is one of the greatest allies of the anti-psychiatry cause.

There is another slightly darker issue here.  It is my understanding that the APA has a long-standing prohibition against providing or confirming psychiatric “diagnoses” in people that one hasn’t personally examined.  Nevertheless, this, I suggest, is what Dr. Pies has done in this case.  In his third paragraph which I quoted earlier, he states:

“Her [Ms. Dimbylow’s] remarks have particular import and gravitas, owing to Dimbylow’s history of ‘recurrent episodes of paralyzing depression.’”

“In her blog, Dimbylow10 expresses the profoundly disruptive and incapacitating nature of severe, recurrent depressive illness, including the risk of serious self-injury and suicide.”

It seems fairly evident to me, from these quotes and from the context, that Dr. Pies is indeed confirming the “diagnosis” of recurrent depressive “illness”, without having conducted an evaluation of Ms. Dimbylow.

The fact that Dr. Pies obtained Ms. Dimbylow’s permission to publish the quotations in question is irrelevant.

The matter is the more noteworthy in that Dr. Pies himself has gone on record as challenging this kind of long-distance diagnosing on the part of other physicians.  Here are some quotes from a letter that he wrote to the New England Journal of Medicine in August 1998 [Cybermedicine, p 638-639]:

“Readers of the Journal should be aware that, in Massachusetts and perhaps other states, some physicians are providing diagnostic and treatment services over the Internet, without having seen or examined patients.” [Emphasis added]

“In medically underserved areas, telemedicine — in which the physician can at least see the patient electronically — shows promise, though many questions regarding the quality of care with telemedicine have been raised.  But cybermedicine over the Internet is another matter, and it represents a trend all physicians should view with concern.”

Does Dr. Pies have any knowledge of Ms. Dimbylow’s problems other than from information he gleaned from her website and from their exchange of online comments?  Has he confirmed, from her psychiatrist, even one “symptom” of her “recurrent depressive illness”?

Is anybody from the APA hierarchy paying attention, or are ethical issues expendable as long as one is bashing those whom one views as ideological opponents?

How Does the Immune System Keep Tabs on the Brain?

Cutting Calories and Eating at the Right Time of Day Leads to Longer Life...