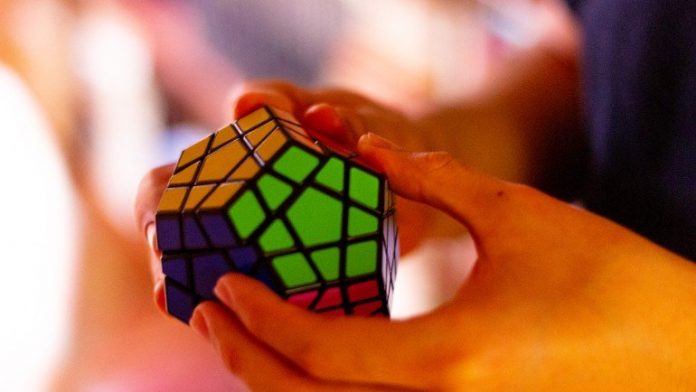 Summary: Children with autism show a significant increase in IQ scores between the ages of 12 and 23. Those with the greatest increases in IQ scores had early regressions in language and communication skills by the age of 12.

However a new study appearing in the Journal of the American Academy of Child and Adolescent Psychiatry (JAACAP), reports that in a cohort of 126 individuals with ASD, IQ increased on average 7.48 points from ages 12 to 23 years old.

The study showed that IQ increases were greatest among those participants who had experienced early regression in language skills and had greater communication problems at age 12. Individuals with ASD with a history of regression had an IQ increase of 15.4 points compared to 6.6 points in those not reporting early regression.

In contrast to the IQ improvement, parent-reported overall trajectories of autistic traits, while variable, did not change over the same time period on average. Attending mainstream education, as compared to a specialist placement, was linked to relative improvement in autistic symptoms — a finding that remained after accounting for possible confounders.

“We followed up this unique population-based cohort of autistic children to better understand their outcomes in early adulthood,” said lead investigator Emily Simonoff, Professor of Child and Adolescent Psychiatry, King’s College London. “So much of our current understanding of how autistic children fare in adult life is based on clinical cohorts that often includes the most severe end of the spectrum.”

Based on the UK Special Needs and Autism Project (SNAP) cohort, a population-based cohort first studied in the year 2000 to estimate autism prevalence, the sample was originally drawn from a population of over 56,000 children aged 9-10 years of age living in South-east England. The sample also included those with special educational needs for any reason or having received a clinical diagnosis of autism. A total of 158 children seen at age 12 years received an autism research diagnosis and have been followed up at ages 16 and 23 years respectively. IQ and autistic traits are amongst the most important predictors of independent functioning in adult life for autistic people.

A strength of the study is the use of the same measures at each timepoint, making comparisons easier to interpret. The statistical approach (latent growth curve modelling) identifies factors that influence overall level of IQ/autistic traits, as well as the factors that predict change compared to the rest of the cohort. The cohort includes participants from the full IQ range seen in autistic people, from severely intellectually disabled (IQ < 20) to the superior range (> 120). Because IQ is standardized for every age, it is not expected to change over time. The mean increase of 7.48 is a substantial increase and would be noticeable by parents and teachers.

“While we can’t exclude the improvement is partly due to increased motivation or ability to access IQ tests, rather than an intrinsic improvement in learning ability, these alternatives are also important aspects of real-life functioning that may open new educational and employment opportunities for autistic people,” Dr. Simonoff added. Lower level of language and greater severity of autism at 12 years predicted the overall level of IQ (but not relative change).

This is the first study to show that early language regression affects IQ trajectory. An earlier report from this cohort showed that those with regression had more advanced early cognitive development than the rest of the cohort; one possible explanation to be pursued is the idea that regression is an observable marker of a perturbation in developmental course and this subgroup continue to revert to their underlying cognitive trajectory.

“Our statistical approach attempts to account for possible confounders, children were not randomly assigned to school type and we can’t fully exclude that unmeasured characteristics are driving this result. Nevertheless, it suggests social benefits of inclusive education for autistic pupils,” concluded Dr. Simonoff.

As not all pupils can access mainstream education, identifying the most important active ingredients to dd to specialist educational provision could improve autistic outcomes more widely.

Trajectories in Symptoms of Autism and Cognitive Ability in Autism From Childhood to Adult Life: Findings From a Longitudinal Epidemiological Cohort

For the first time, we use a longitudinal population-based autism cohort to chart the trajectories of cognition and autism symptoms from childhood to early adulthood and identify features that predict the level of function and change with development.

Latent growth curve models were fitted to data from the Special Needs and Autism Project cohort at three time points: 12, 16, and 23 years. Outcome measures were IQ and parent-reported Social Responsiveness Scale autism symptoms. Of the 158 participants with an autism spectrum disorder at 12 years, 126 (80%) were reassessed at 23 years. Child, family, and contextual characteristics obtained at 12 years predicted intercept and slope of the trajectories.

Our findings suggest continued cognitive increments for many people with autism across the adolescent period, but a lack of improvement in autism symptoms. Our finding of school influences on autism symptoms requires replication in other cohorts and settings before drawing any implications for mechanisms or policy.

Social Adversity, Mental Distress, and the Theatre of the Oppressed