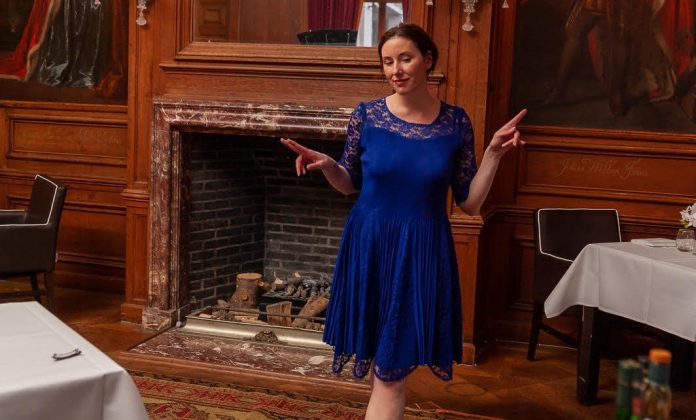 I have had a terrible experience with psychiatry, and their medication in particular. I have an entire tale to tell, but let’s first, get the background information.

I was diagnosed as bipolar at the age of 27 because I tend to experience what is classified as “psychosis,” a beautiful, incredible experience on my part, but let’s keep it medical and classify it as “bipolar 1.”

The first time around I got risperidone (Risperdal—bear with me, the Americans and Europeans use different names, which is extremely confusing. It is all down to patents). I don’t remember the exact dose I was given, but I was playing with different ones, and none of them worked. At least, in my perception. I was determined to still lead a marvellous and successful life, and even if I was willing to try “their” medication, I decided from the first time around to do it only on my terms.

I was working then as a financial analyst of banks in Amsterdam, and while I knew the job wasn’t my dream one, I had enough of life desire to discover the right one for me, build a happy future, meet a nice man, have a child, and in general lead a meaningful and interesting life. I love life, you see. I love it with all my might. It’s amazing, life, it has so much to offer!

Risperidone was making me feel depressed, I had put on weight and felt miserable—that’s not my “normal” state of mind.

So, I stopped risperidone eventually, only to get back on medication during my next “psychosis” a few years later. I need to make a small disclosure now and admit that I love my psychoses—beautiful, amazing experiences where I am in direct communication with God, and see the devil too. I also communicate with angels. I have extremely powerful, incredible visions, but I need a safe place to process them, and go to the hospital by myself each time, where my experiences are always punished by psychiatry: it is not allowed in our current society, they say.

I was put on olanzapine (Zyprexa) which made me zombielike. Olanzapine works as a marvel to get one out of psychosis, but after it, one has to stop it at once. My psychiatrist tells me it works well on some people, but I always answer:

“Show me these people! Who are they?”

I have a PhD in qualitative research, and thus, I need to see these people, I need to hear their stories, I need to believe in a narrative. The only example I have is me, and I didn’t have a good experience, and the couple of people I know who tried it as well currently live on benefits and don’t work. If that is a successful example, then sorry, that shouldn’t be the case.

One can lead a good life with a “mental illness” and I am the case. I lead a beautiful life, and I am determined to continue doing so, where I work almost full-time, where I write, where I learn languages, live in different countries, get a PhD, raise a son, fall in love and out, build amazing friendships, and live in general well. Yes, it is possible. Even with a diagnosis of “bipolar” above your head.

After olanzapine I was put on quetiapine (Seroquel), which turned out to be a marvel, but only on my own terms. It was my holy grail when I determined my own dose: 75 ml at night, as it treats insomnia, exactly what I actually suffer from, and not the “bipolar” disorder (what’s that, can someone explain?). I came to my “doctor” with my own dosage, and he had no choice but to accept it (he even advised me to just stop any medication entirely).

Thank god that back in the UK you still have a choice, you can determine your own treatment, but you need to know what you are doing and why, and definitely not just trust your psychiatrist (they don’t know what they are doing). The dose of Seroquel that they prescribe makes you disabled.

After that, I was put on lithium (and I also tried another mood stabilizer in between—in fact, I tried all their medication, and they should be paying me for my deep qualitative research from very much lived experience). My intuition was very fast in this respect, as immediately after I was put on lithium, and started to put on weight and felt zoomed out, a friend who worked as a psychiatric nurse took me to a park, and she told me: “We had a woman who has been on it for years. Her kidneys failed her, but she is still terrified to stop it. She weights a ton, and she is miserable, but doctors told her to take this stuff.” I reckon I stopped lithium on the very same day. Thanks, K.

After lithium, I tried many other different medications. It was back in the UK. After a good break of five years I ended up in another “psychosis” (a marvellous, amazing experience on my part) and was chilling in the hospital, after I had said I was Anne Frank in my past life and had to suffer a psychiatric nightmare for two months as a result.

The doctor there, an intelligent, amazing lady with a PhD, was determined to “heal me” and we tried the rest of what was left (of the psychiatric medications) until we reached the good one: aripiprazole (Abilify), but damn it: she didn’t research that it should be taken in the morning, and definitely not in the evening (it provokes insomnia, as this medication gives you energy) and I stopped it several months after starting it, as I was going straight into another “psychosis”—induced by psychiatric drugs this time. I was given it at night in the hospital. Unbelievable, but yes, it’s true: psychiatry harms you, if you let them do it to you. But quite often, we simply don’t have a choice.

I am back on aripiprazole though, after another episode of “psychosis.” They put me back on olanzapine, but I know the dangers. One can’t work on it and lead a meaningful life. They also offered me lithium. I wouldn’t be writing this article now if I was on it. I would be claiming benefits.

I don’t want to claim benefits, no. I will continue living my life as I want, where I work almost full-time, where I raise my beautiful son, where I build amazing friendships and where I live at more than hundred percent capacity, because this is how we should live our lives, I believe. I love life, I love it with all my might. It is a marvellous thing. It is amazing!

But I have a “nice” psychiatrist now who listens. I came to him with my demand for aripiprazole and he put me on it, in a smart way, where you temper, and don’t jump. And he did the research. Aripiprazole should be taken only in the morning, which is so obvious, and yet, most of them (the psychiatrists) don’t even care.

Surviving psychiatry is like surviving your biggest nightmare, but it is possible if you do your own research. Well, I hope so.

I do it, and I live a wonderful, marvellous life. It is amazing, my life. I love it! And I wish the same to you, if you were ever diagnosed with what they call as “mental illness.” In fact, I don’t believe that “mental illness” is what is presented to us as such.

“Mental illness,” for me, is a state of mind that is presented to us as normality, where kindness is no longer a virtue, but striving for status and wealth is, where we are reduced to quick fixes via the apps and the likes, where Big Brother is sold to us as a nice show to watch, where unusual, mystical experiences, when acquired without the help of psychedelics, are classified as “psychosis,” and where we judge other people because they are different from us.

The “mental illness,” for me, is when we are asleep in constant consumption, and where no one is asking any longer the question: but how is it possible that we still believe in the Bible (well, some of us) and God, when a person who says “it is all real, and I even talked with God,” is put on the scale of classification of a psychiatric disorder?

How is it possible, how?

Decades of Alzheimer’s Research Allegedly Based on Fabricated Data

Q&A: Getting the Botox Dose Right for Cervical Dystonia

Is Your Headache a Pain in the Neck?